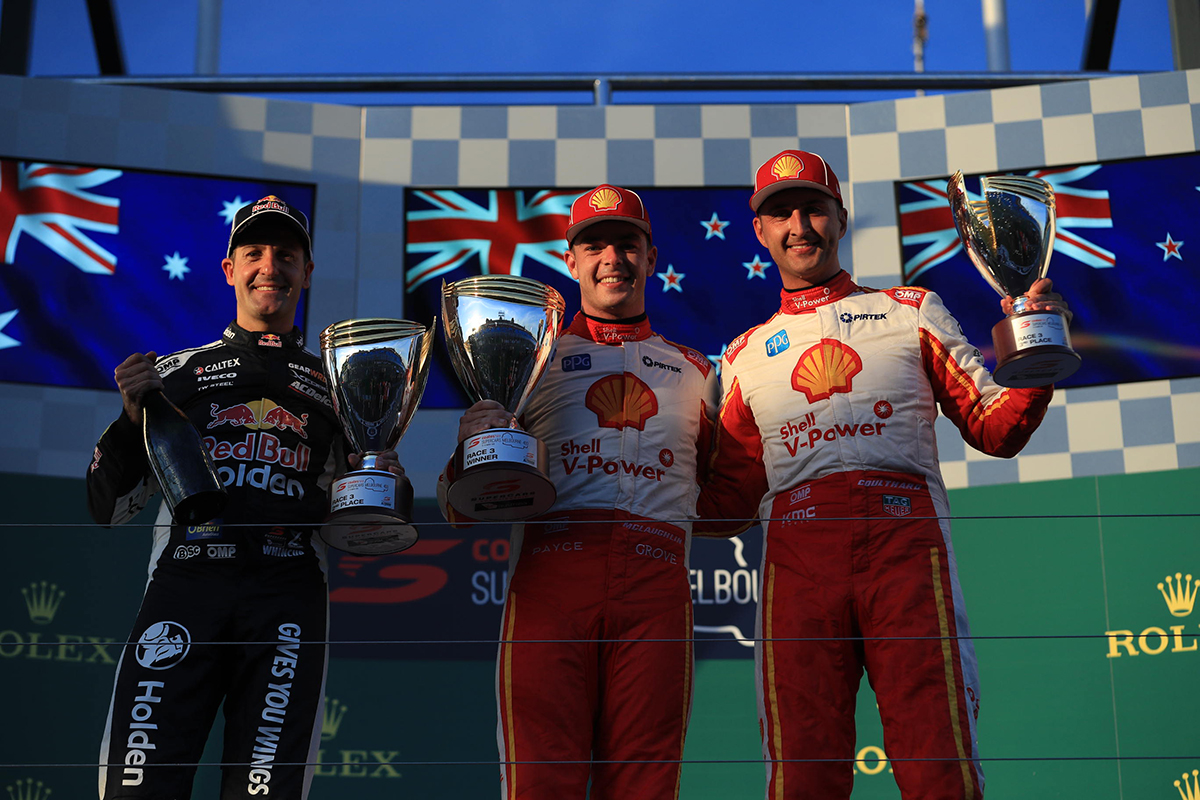 Fabian Coulthard completed a strong day for Shell V-Power Racing in third while Shane van Gisbergen was fourth in a race dominated by the heavyweight squads.

The 25-lap journey, including a compulsory tyre change, marked a step into the unknown for the drivers, having undertaken sprint races at the venue in recent years.

McLaughlin made the most of his pole position to lead into the first corner, but it was third-placed starter Whincup that made the best getaway.

The Red Bull Holden went to the outside of the Shell Fords into Turn 1, sweeping past front-row starter Coulthard before tucking in behind McLaughlin.

Whincup had another outside look at Turn 3, but a late-braking McLaughlin again proved good enough to hold the place.

McLaughlin was in a lap later, but it wasn’t enough to stop the undercut and he emerged behind his rival.

It was immediately clear, however, that the Ford was the faster car and on lap 17 McLaughlin made his move down the inside at Turn 3.

Hanging tough around the outside at Turn 4, McLaughlin completed the move at 5 before controlling the remaining laps to record a 1.3 second-win. 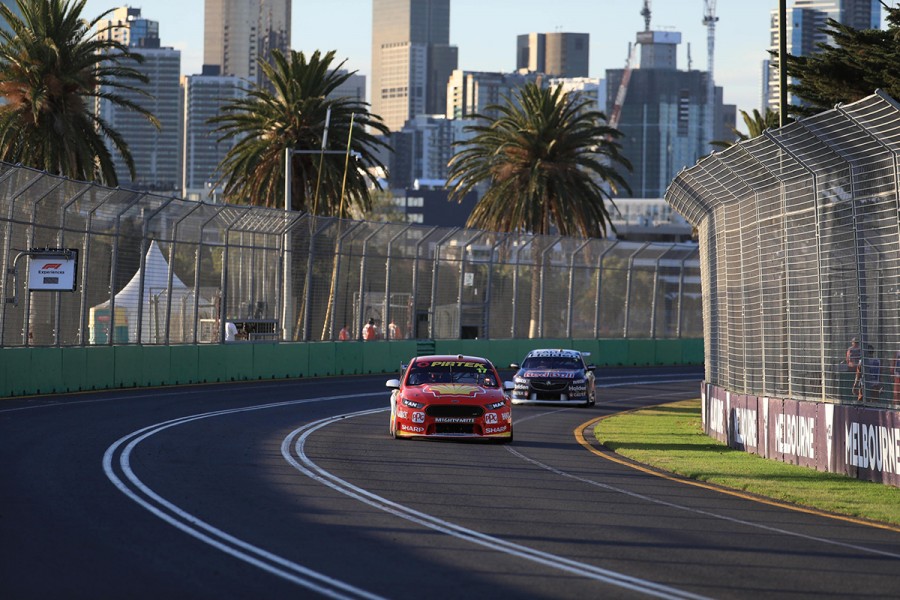 “I’m stoked, it was an awesome battle,” said McLaughlin.

“Me and Jamie, we always battle hard and fair, it was so much fun. The guys did an awesome job, gave me a great car. I’m pumped.

“The Frenchman [engineer Ludo Lacroix] wants me to lose a little weight so we don’t run the coolsuit in the car.

“It was a lot of fun to get after it, I’m stoked for the team, one-three, we’ll hopefully go for a couple of one-twos over the weekend.”

Coulthard and van Gisbergen were 2.3s and 11.5s adrift of the winner at the chequered flag, the latter extending his points lead despite struggling with his car.

They had pitted together on lap 12 and rejoined without change, although the latter only just held out Scott Pye on exit, who like Whincup had taken new tyres on lap 10.

Mostert made the most of van Gisbergen’s rejoin, pouncing on Pye in a multi-corner exchange that ended with the Supercheap Ford regaining its eventual fifth place.

Pye ended up a fine sixth ahead of David Reynolds, Garth Tander and the Brad Jones Holdens of Nick Percat and Tim Slade.

Percat had run sixth early but lost ground when his pitstop, which was the last of the front-runners, was slowed by a right-front wheel-gun failure.

Mark Winterbottom and Craig Lowndes were among the front-runners after the stops, having gone with aggressive undercuts, pitting on laps six and five respectively.

They faded to 14th and 16th by the flag, however, such was the high tyre degradation on the 5.3km grand prix layout.

Simona De Silvestro was the race’s only retirement, her Nissan going to the garage with right-front damage after a clash with Jack Le Brocq.

The Swiss had made an ambitious move on Richie Stanaway into Turn 15, overshooting and turning a luckless Le Brocq around.

“It was a bit crazy,” said De Silvestro.

“Stanaway was blocking quite a bit, then I kind of saw an opening into Turn 15 and he was trying to pass Le Brocq as well.

“Just with the speed, and then having Le Brocq in the middle of the corner didn’t help. My fault on Le Brocq, I tried to take a lunge and get by but it didn’t work.”

The Supercars will return to the Albert Park circuit tomorrow for a 13-lap sprint and a second 25-lap encounter.