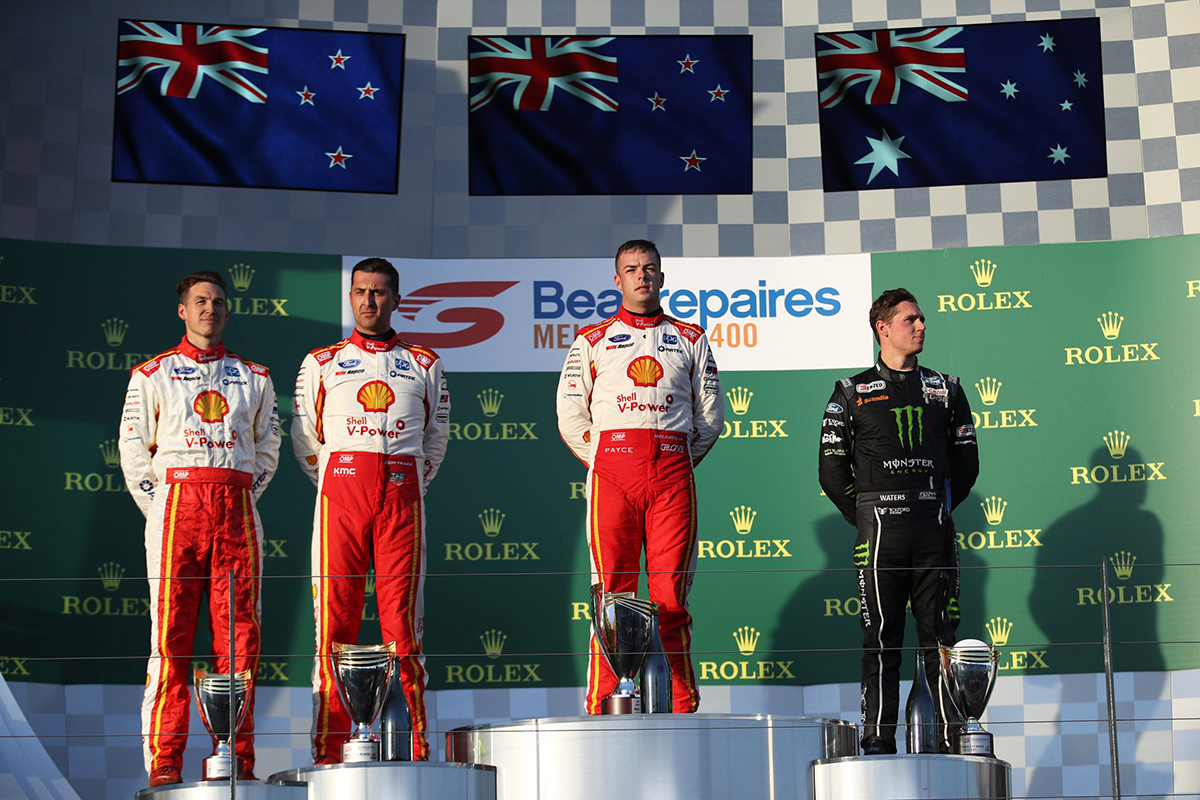 Scott McLaughlin has dedicated his victory in the opening leg of the Beaurepaires Melbourne 400 to his hometown of Christchurch, after Friday's mass shooting.

A terrorist attack on multiple mosques in the city has a currently-confirmed death toll of 49 people, with more seriously injured.

Prime Minister Jacinda Ardern described it as "one of New Zealand’s darkest days".

On the other side of the Tasman, McLaughlin led a one-two finish for Shell V-Power Racing at Albert Park on Friday evening, with countryman Fabian Coulthard second.

Protocol at the Australian Grand Prix includes playing the winning driver's national anthem on the podium, with McLaughlin's thoughts close to Christchurch throughout.

"Me and Fabs are Kiwis, I'm from Christchurch originally," McLaughlin said.

"I found out about the whole thing after quali, it was a bit of a shock to the system.

"Even hearing the New Zealand anthem tonight was pretty special and gave me goosebumps.

"I send big love to them over there. It's a small town, it's hard to believe something so bad could happen there but they'll work through it."

Coulthard opened his podium account for the year alongside his team-mate.

"That was special to stand on the podium with Scott and hear the NZ National anthem play," Coulthard said.

"It's been a dark day for our country today, and we raced today in their honour.

"Our thoughts are with everyone in Christchurch. This result is for them."

Shane van Gisbergen was on track to finish fourth on Friday evening, before his Red Bull Holden Racing Team Commodore stopped at Turn 2 in the closing laps.

Like McLaughlin, he said the Christchurch incident was on his mind, making the DNF "pretty insignificant" by comparison.

"It was alright, but the motor I think let go at the end," van Gisbergen said.

"But it's pretty insignificant, it's a sad day and compared to what happened in New Zealand.

"I've been thinking about that all day, I've got a lot of friends down there and thoughts go out to all the families, it's pretty average."