Scott McLaughlin made it back-to-back victories for the new Ford Mustang Supercar, taking out the second leg of the Superloop Adelaide 500.

The Shell V-Power Racing driver gave the two-door a perfect debut when he dominated Saturday's first race of 2019.

He followed that with another win, finishing 2.3854 seconds ahead of Cameron Waters, who withstood late pressure from third-placed Shane van Gisbergen.

It means McLaughlin leaves with a perfect haul of 300 points to start his Supercars title defence, with van Gisbergen second on 258.

"I’m really excited. We brought a little pony to the field and took on some German machinery and had a bit of fun," McLaughlin said.

"The car was unbelievable and the ford fans, all weekend have been pumped up about the Mustang, so thanks for their support. I just can’t wait to party tonight.

"We came in hoping for two top fives but to come away with a 300-point weekend just blows me away." 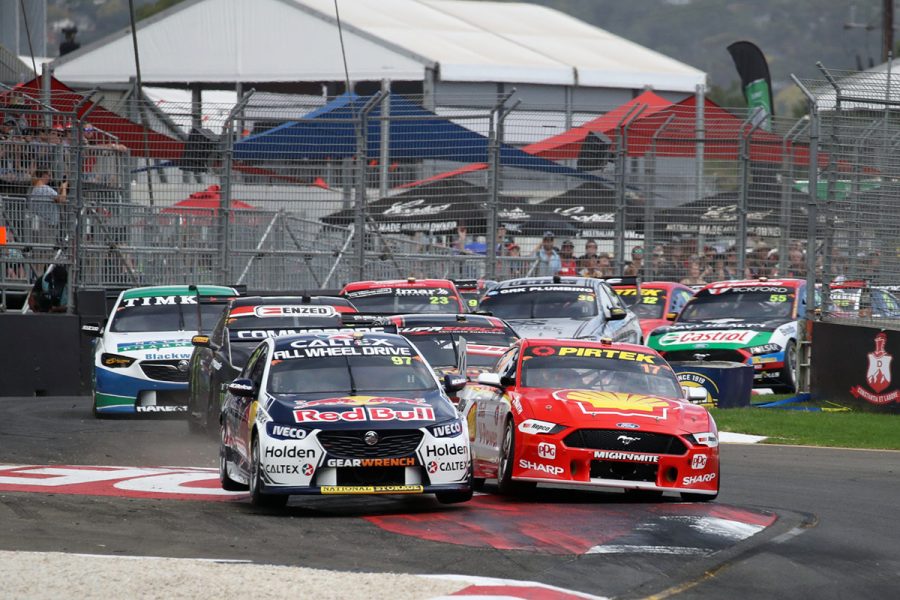 A delayed start for track repairs at Turn 1 meant the race ultimately ran to a Time Certain Finish, after 71 of the scheduled 78 laps.

With pole moved to the inside line at Turn 1 this year, McLaughlin won out in a battle with fellow front-row starter van Gisbergen through the first chicane.

As things settled, he edged away of the Red Bull Holden to lead by 4.5s after 10 laps, and 9.8s when van Gisbergen pitted on lap 22.

McLaughlin came in two laps later, with the lead pair split by Waters' Monster Mustang, which made a much earlier first stop and jumped van Gisbergen.

Only Nick Percat and David Reynolds stayed out up front, as everyone else topped up on fuel, sparking chaos in pitlane.

Mostert came in from fourth, right behind van Gisbergen but could not get out from behind Fabian Coulthard and eventually merged into the fastlane in Rick Kelly's path.

There was inevitable contact, and Mostert's Mustang was spun around in the pitlane by the Nissan, blocking the exit briefly.

Reynolds took the lead from Percat at the restart, and it was the latter who started the final round of pitstops among the lead group on lap 44.

McLaughlin was delayed by a left-rear wheel gun problem one lap later, but still emerged right ahead of Waters.

They circulated as van Gisbergen stayed out the longest, an extra 11 laps on McLaughlin through to lap 56.

He rejoined third in the queue, with McLaughlin leading Waters by just under two seconds and van Gisbergen seven adrift. 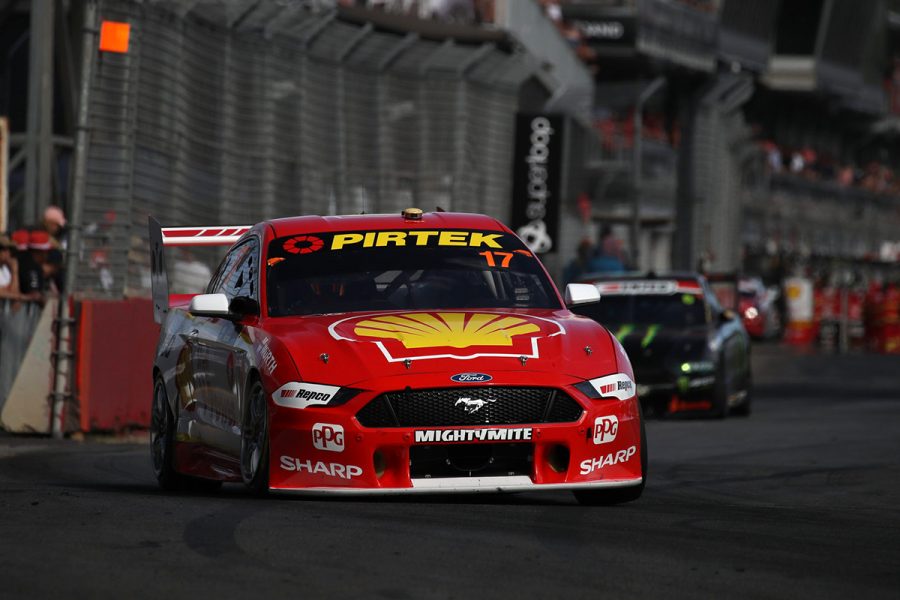 McLaughlin edged away from Waters as the minutes ticked away and ultimately crossed the line with a comfortable buffer.

Waters' focus on the run home switched to keeping van Gisbergen, on fresher tyres, at bay.

Van Gisbergen ranged up on the back of the Mustang in the closing stages but could not snatch second place.

"It feels like redemption from yesterday," Water said, referring to coolsuit problems that left him down the order.

"I didn’t quite have Scotty’s pace, but I’m really happy for all the boys and Monster, it’s good to get a trophy again."

He added of the battle with van Gisbergen: "I knew where I was strong, just tried to get through the one-two chicane and Turn 8.

"My car was strong there so I knew I had him covered. I’m just glad to get it done to be honest."

Third matched van Gisbergen's Saturday result, and he leaves second in the points to his 2018 title rival.

"The car was good then, it took us all weekend, but two thirds is alright," he said.

"I drove as hard as I could and couldn’t catch these guys, those cars are rockets. Well done to them for coming out of the box so strongly." 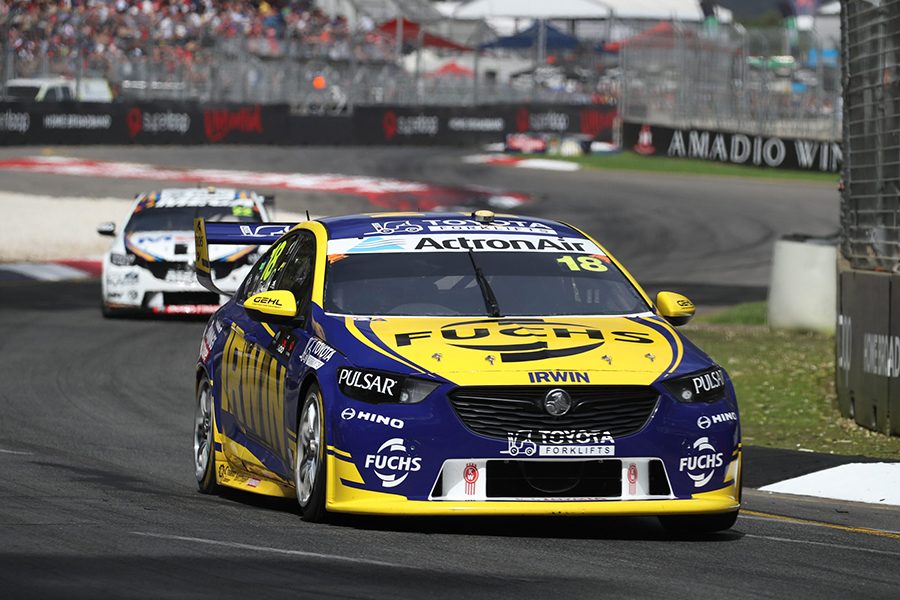 Mark Winterbottom started at the rear of the field due to a power-steering failure in ARMOR ALL Qualifying, but made his way through to sixth.

The IRWIN Racing Commodore was among the cars to pit at the end of the first lap for fuel, that clear air starting his rise.

Jamie Whincup had to double-stack behind van Gisbergen briefly during the second stops, and eventually finished seventh, right behind Winterbottom.

Will Davison, like Winterbottom, pitted early, and finished eighth in his 23Red Mustang, passing Reynolds during the final stint.

Reynolds was third off the line, but lost places on lap one when he was muscled wide at Turn 9 by Waters.

Todd Hazelwood grabbed 10th, the Matt Stone Racing driver's best Supercars result coming on the same day he made an ARMOR ALL Top 10 Shootout for the first time.

Lee Holdsworth wound up 11th, recovering from a spin at Turn 4 during the first stint.

Further down the order, his Tickford team-mate Mostert wound up 15th after a drive-through for his unsafe release and an off at Turn 4.

Kelly was completing his first stop when the pitlane chaos unfolded and needed repairs to steering damage, eventually 24th and last.

Coulthard made good progress early from 10th after being excluded from the Shootout.

He lost time in pitlane on consecutive stops, though, then clashed with rookie Garry Jacobson and wound up 20th after a penalty.

Macauley Jones finally made his full-time debut after missing Saturday's race due to a practice accident, but lost 14 laps early with a battery problem.