Scott McLaughlin has become the first driver to win Supercars' Darwin Triple Crown, with victory over David Reynolds on Sunday at Hidden Valley.

Introduced in 2006 under a three-race format, the Triple Crown currently represents winning both races and topping Sunday's ARMOR ALL Top 10 Shootout.

It went unclaimed through the first 13 years, until Shell V-Power Racing's McLaughlin added it to his rampant title defence.

The Saturday winner controlled the race from pole, crossing the line 13.8319 seconds ahead of Penrite Racing's David Reynolds, while Fabian Coulthard took third.

After 16 of this year's 30 races, McLaughlin now leads team-mate Coulthard by 319 points in the championship.

“It’s an awesome thing for all our guys and girls at Shell V-Power Racing, Ford Performance, to be the first to win the Triple Crown is really cool,” McLaughlin said.

“It’s a big team effort. We’re missing our boy Richard [Harris, data engineer] at home in the UK, our thoughts are with him.

“I’ve got a great car, great team, the pitstops were unreal. I had a good battle with Fabs at the start. 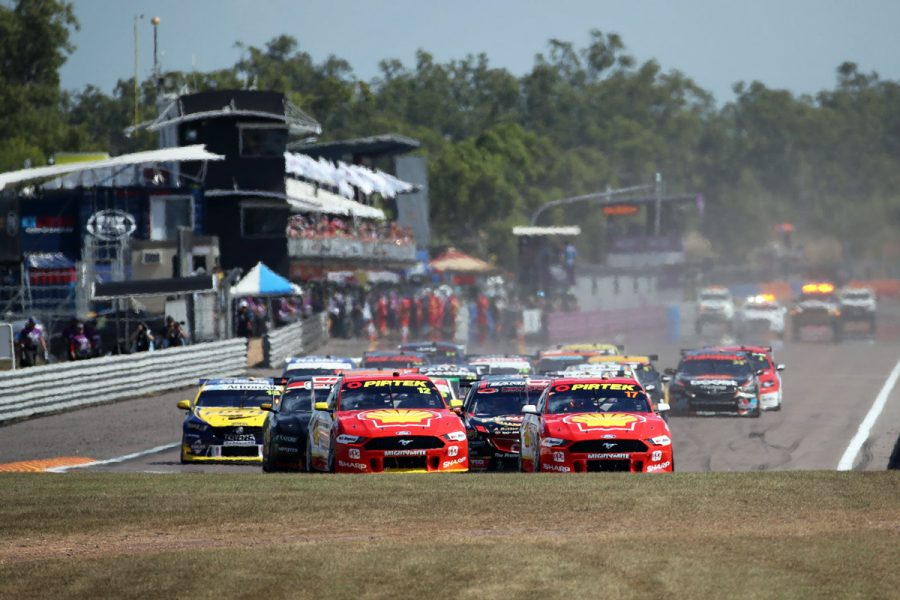 McLaughlin held off Coulthard through Turn 1 to keep the lead, as Reynolds snuck ahead of the latter and into second in the opening exchanges.

The championship leader waltzed away at the front to lead by 7.6s when he and Reynolds pitted together on lap 19 of the 70.

While McLaughlin emerged in front, Reynolds was behind four drivers to have made earlier stops, led by Cameron Waters.

McLaughlin's buffer during the second stint grew to more than 13s over Waters, who had Coulthard and Reynolds for company before the final round of stops. 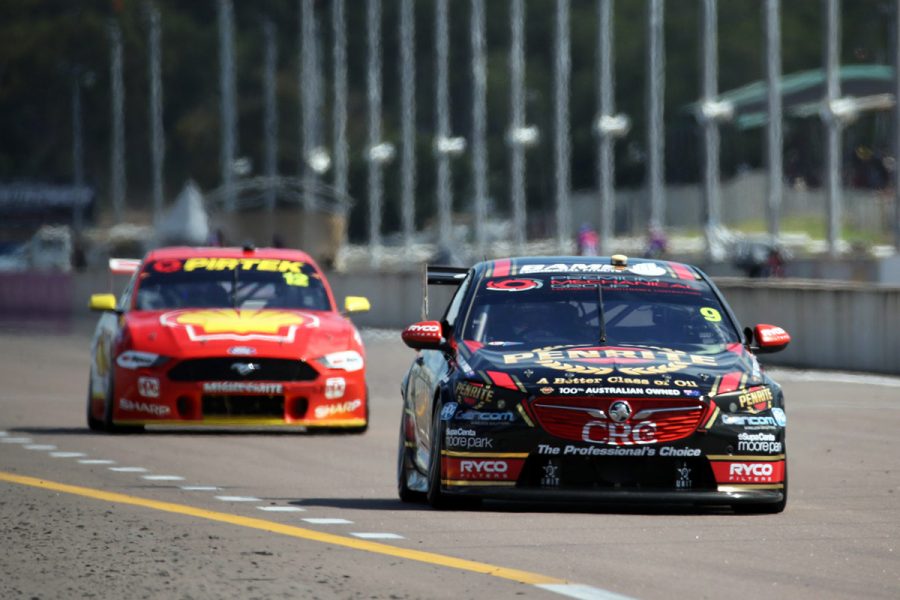 Reynolds was back into second after the fuel strategies had played out, ahead of Coulthard and Waters.

He was 10s behind McLaughlin, whose second stop on lap 43 featured a slight delay to merge in behind wildcard runner Jack Smith in the lane.

But that was the extent of his troubles, McLaughlin ultimately taking a 12th win of the season and the 37th of his career.

Reynolds could not repeat his 2018 Sunday victory at Hidden Valley but cemented third in the championship with his third podium in the last four races.

“We’ve still got a bit to catch these cars around me,” Reynolds said.

“It was a really, really good job by the boys, we were the fastest in pitlane, they just told me.

“We did everything we could, just didn’t get there.”

Coulthard had to settle for third place, albeit within a second of Reynolds.

Of challenging McLaughlin at Turn 1, Coulthard said: “I didn’t have enough room to pull in behind so I had to go around the outside. I knew nine times out of 10 it doesn’t pay off.

“Dave got a good run out of 1 and got me. You can’t follow here, everything just gets so hot, everything melts, you’ve just got to play the waiting game.

“We bided our time in the first stint, pitted, and then I saw Dave pull out in front of me and thought ‘I think I’m going to finish third today’.”

Waters ran fourth into the closing stages, ahead of Jamie Whincup, Lee Holdsworth and Chaz Mostert. 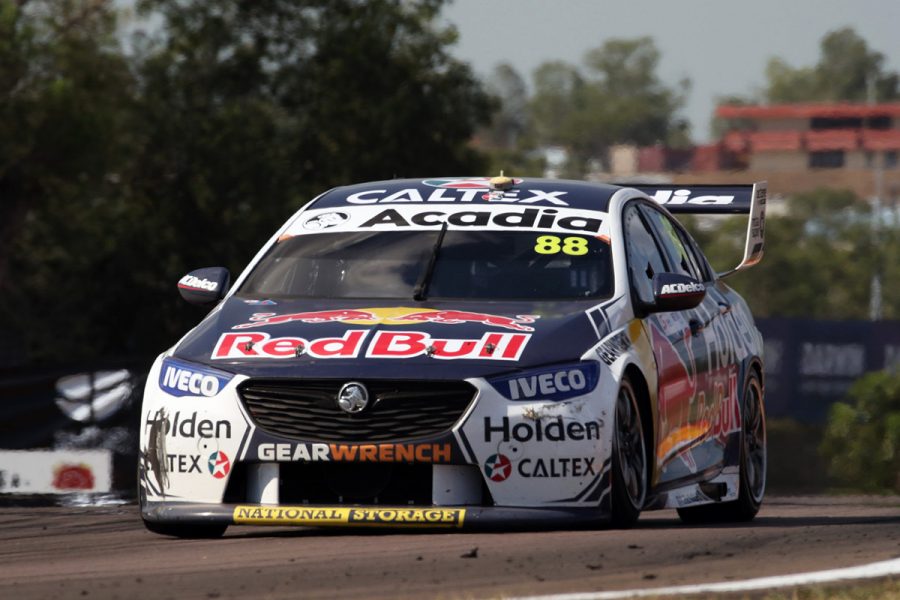 Having started 11th, Whincup finished a messy opening lap down in 24th place, but pitted early and put clean air to good use in his recovery.

Mostert's Saturday strategy to finish second was built around pitting early, but Tickford went the opposite way on Sunday.

The last driver to stop each time, Mostert came out in 10th with fresher rubber with 15 laps remaining.

After catching the pack contesting fourth, he could only pass Holdsworth to finish sixth behind Waters and Whincup.

Behind that group, Anton De Pasquale took eighth, ahead of Will Davison and Shane van Gisbergen, who could not match team-mate Whincup's inroads from 16th.

From the rear of the grid after a qualifying accident, Nick Percat worked his way through to finish 15th.

Percat was involved in an early three-wide incident at Turn 5, which resulted in contact between Kelly Racing pair Simona De Silvestro and Garry Jacobson.

Both Nissans lost time, with Jacobson spun around, De Silvestro taking 20th and the rookie 24th.

2019 BetEasy Darwin Triple Crown  ›
Stay In The Know
Sign up to the Repco Supercars Championship Newsletter
We use cookies to ensure that we give you the best experience on our website. If you continue to use this site we will assume that you are happy with it.Ok