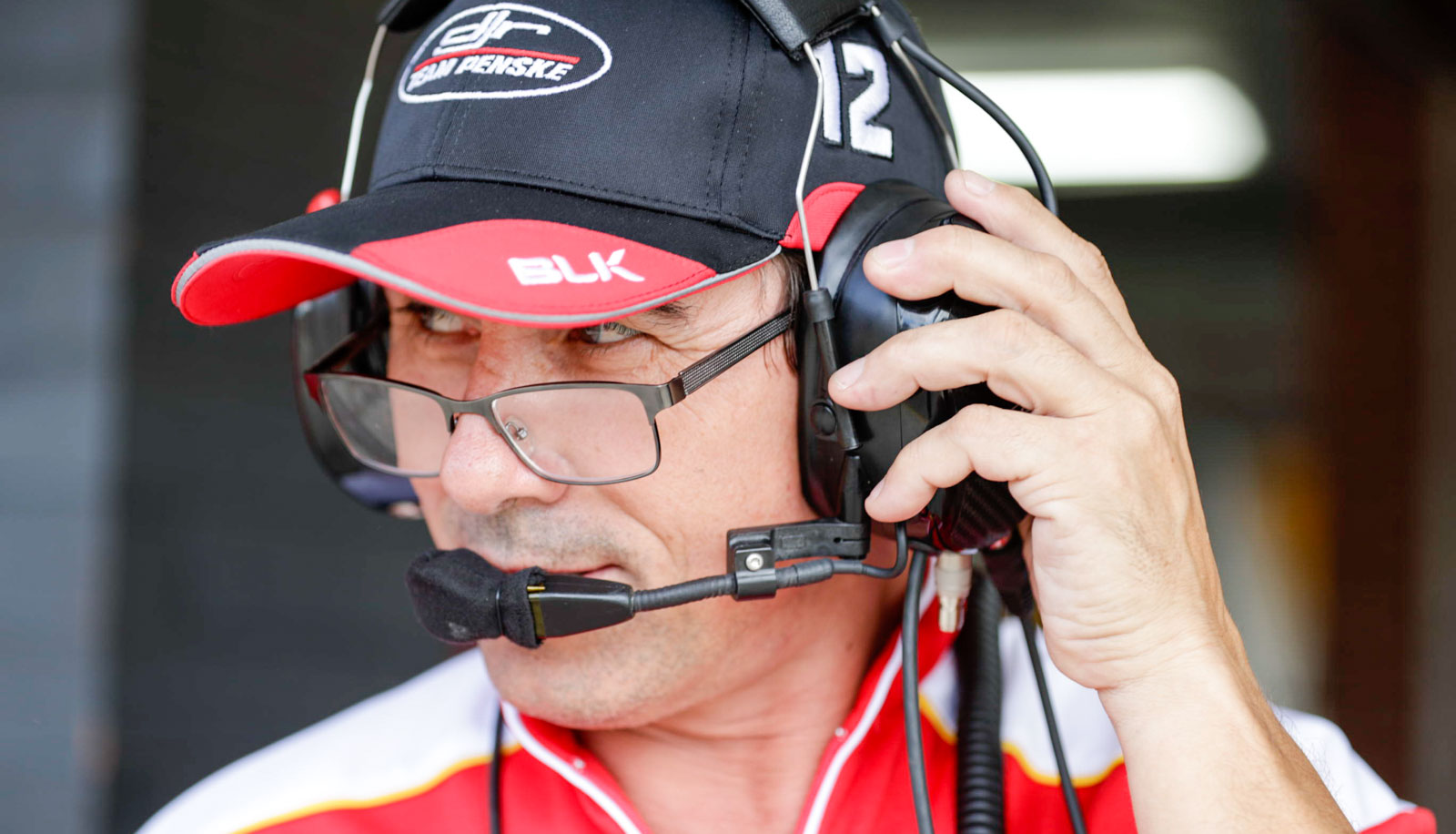 Former Triple Eight stalwart Ludo Lacroix has broken his silence on his controversial move to DJR Team Penske ahead of the 2017 season.

Among those blindsided was Triple Eight boss Roland Dane, who slammed Lacroix as ‘duplicitous’ for not disclosing earlier his decision to join Penske.

Immediately placed on ‘gardening leave’ for the remainder of the year, Lacroix took up his role as competition director with DJR Team Penske at the start of January.

In an exclusive two-part interview with Supercars.com editor Stefan Bartholomaeus, the Frenchman opens up about his big change, revealing a desire to join Penske's NASCAR operation.

Ludo, to date we’ve only heard one side of your move from Triple Eight to DJR Team Penske. Firstly, tell us the when and why of leaving Triple Eight from your perspective.

I had been there a long time and felt that I needed a change.

Triple Eight has been aware of my decision to leave in early September time.

I had a conversation with representatives of Penske America. They indicated that there could be a role for me there if I was interested.

I had a further chat with the Penske guys after Bathurst. They said that Team Penske would be interested in having me work with their Supercars team.

Roger Penske was in Australia at the time, so a meeting was arranged between Roger and I.

As you know Roger is a very successful man. Roger talked to me about his plans for the team. Roger basically talked me into joining DJR Team Penske.

I didn't inform Roland or Triple Eight of my discussions with Roger and Team Penske at the time as nothing was decided.

Also, I had given notice and was under no obligation to inform Triple Eight of my future moves.

At the time I was requesting that Triple Eight announce my departure. I'm not sure what the reluctance was, but I certainly found it strange.

Once I had made my mind up to join DJR Team Penske I informed Roland of my decision.

Roland was obviously a bit shocked but we agreed that I would finish the season with Craig (Lowndes).

Then you, Stefan, ran the story the following day about me leaving Triple Eight. Immediately after the story ran Triple Eight put me on gardening leave.

You say that Roland was disappointed, but his public words were a little stronger than that. What was your reaction to what was said to the media at Pukekohe?

People say all kinds of things in the heat of the moment. I'm not going to bad-mouth Roland. We had a successful working relationship for many years. 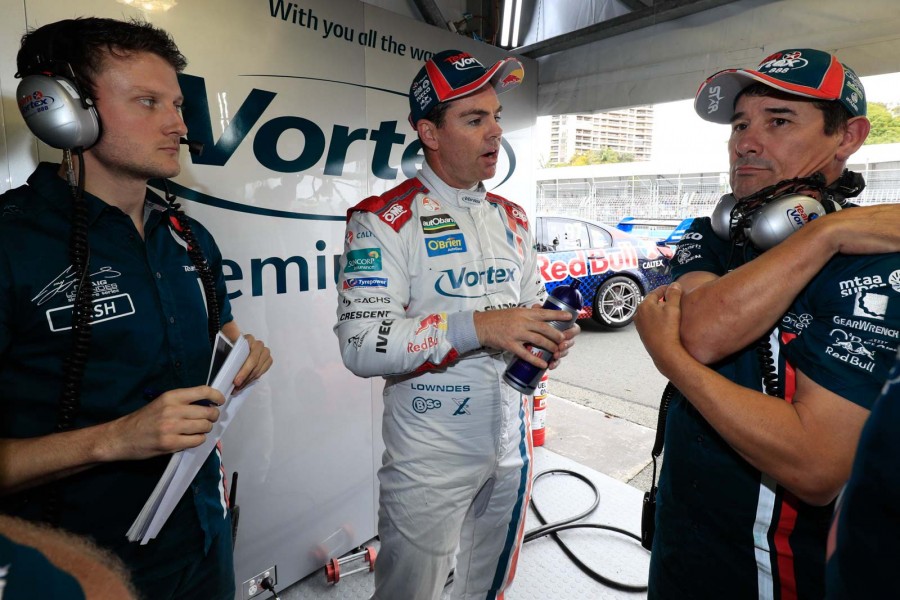 Have you spoken to Roland since? What is the relationship like now with him and the other guys at Triple Eight?

I haven't spoken to Roland directly. We have spoken through lawyers, but that seems to have stopped now. I'm not losing any sleep over what has happened.

Life is short. I don't hold any grudges against Roland or the Triple Eight team.

In all honesty, I haven't spent too much time thinking about Triple Eight. I'm a forward looking person. I'm 100 percent focused on my new role with DJR Team Penske.

The timing of your move is especially interesting considering where Triple Eight is with the 2018 Commodore project. You were expected to lead that, and then you left…

Like I said, I wasn't particularly comfortable with the direction Triple Eight was heading. I'm not one to stick around if I'm not 100 percent committed.

I could've stuck around, gone through the motions, but that's not how I operate.

The truth is that a new Commodore didn't excite that much, not enough to make we want to stay at Triple Eight.

Back to the lure of Penske. You said the first contact was you reaching out to Penske in the US.

Yes, I called Tim (Cindric, Team Penske president). We ended up having a few discussions about Team Penske in the US. As I said before, that eventually led to me being introduced to Roger.

Roger is an incredible man. He is extremely driven yet down to earth. Roger and I talked about motor racing a lot. Roger's knowledge of the industry in phenomenal.

It was refreshing to talk to someone with such incredible knowledge and ideas about racing.

I actually found speaking to Roger inspiring, which was pretty remarkable when I think about all the racing people I have met and known over the past 30 years.

At the time I thought that a move to the US was on the cards. Things have turned out slightly differently, but I couldn't be happier. You don't get the opportunity to work with one of the legends of motor racing every day. 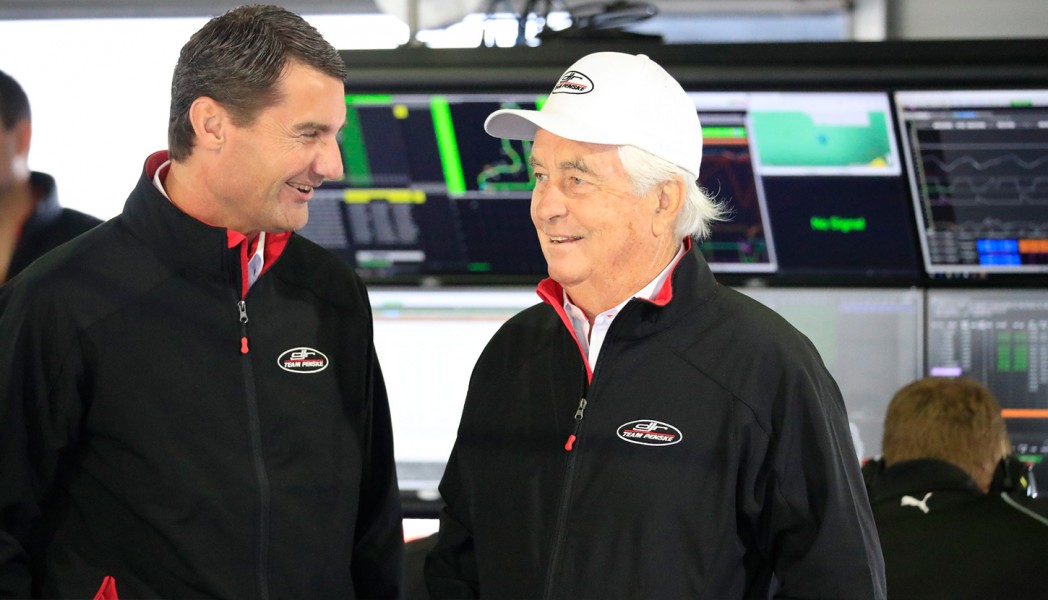 So you’re saying it was the man, not the money that was the big lure?

The money had absolutely nothing to do with my decision. It's never been about the money for me.

I don’t disclose my salary, but I can tell you I’m not earning a penny more than I was earning last year. That’s the truth.

I hear people complaining that Penske is trying to poach people. Every team tries to pinch people.

I want this on the record - Penske didn't poach me... There was no set plan by the team to poach me. It was truly a case of 'right place, right time'.

Is there a period of time that you’re committed to the Supercars team for, either contractually or mentally?

We are on a beautiful ride and I’m enjoying working here. I'm not planning on going anywhere. Anyone that knows me or has looked at my record knows I like to succeed.

I'm not planning on leaving DJR Team Penske until we win a championship. And then I'll be chasing two or three!

Maybe one day I'll talk to Roger about NASCAR, which is on my bucket list.