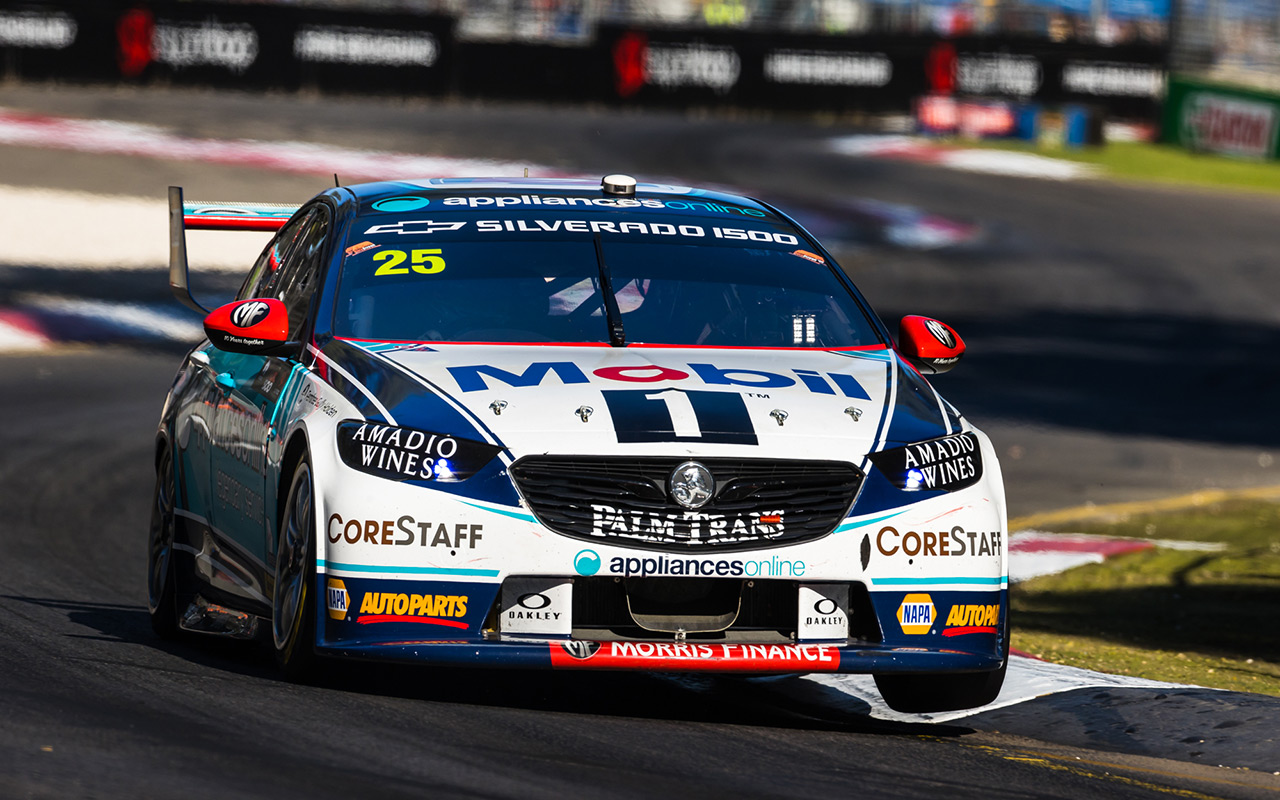 Walkinshaw Andretti United is confident the discomfort Chaz Mostert suffered during his debut race with the team won’t be repeated on Sunday.

After topping practice, Mostert continued a promising start to his WAU tenure with fourth in ARMOR ALL Qualifying and a solid seventh in the race.

He required medical attention to his feet post-race, though, revealing he’d been suffering with extreme footwell temperatures.

“It was probably about lap 20, it felt like a blowtorch on your foot,” he told the television broadcast.

“So I just managed along, [it was] pretty hot in there, but I'll see how it is a bit later when it cools off.

Teammate Bryce Fullwood, who finished 21st after clipping the barriers and losing five laps in the early going, also reported discomfort due to high footwell temperatures.

WAU team co-principal Mathew Nilsson said the issues were simply a function of having new drivers for 2020 and will be fixed for Sunday.

“There's a couple of things we can tidy up. It's stuff we can address overnight and give him a bit more comfort,” he explained.

“It was his first long run in the car. It's a new cockpit for him, and a new pedal set-up and boots and uniform and all of that.

“Nothing has fundamentally changed in the cars, it's just new drivers and how they drive the car. Bryce got hot as well, they both got sore feet.

“We can put some more fans and give him some more cooling. It's not going to rain, so you can use your screen fans to keep the pedals a bit cooler.”

Asked if the issue affected Mostert’s end result, Nilsson added: “It's not optimal, you want them to be able to push all the way to the end.

“He reported with a bit of the race to go that he was going to need the ice bucket, so it was on his mind.

“He pushed on the best he could, but we want him to be fit and healthy throughout the race.”

Footwell temperatures aside, Nilson is pleased with the way the revamped team’s start to the season.

“I think for our first race meeting with both drivers, they're fitting in so well with the team.

“The feedback has been really good, debriefing and all that stuff has been great. It's about understanding what they want in the car and being able to give it to them.

“We need to learn what he needs to take the next step. But I can't fault how everyone is working together.”