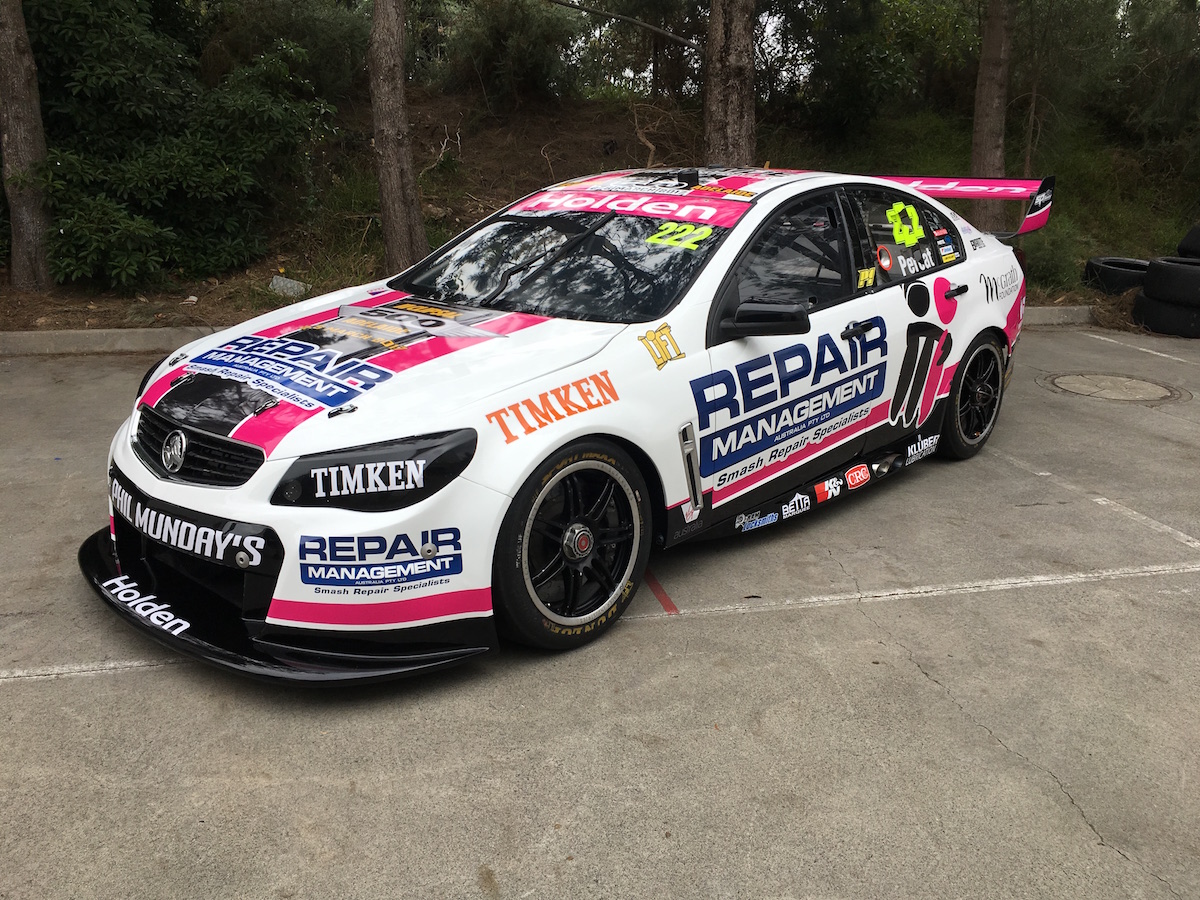 Phil Munday, owner of Repair Management Australia has encouraged the Melbourne-based team to run the pink and white livery in support of the McGrath Foundation, in hope of raising money for Breast Care Nurses in communities across Australia.

“It’s great that we can support such a great cause, as it has hit home for so many people and I feel it necessary to encourage and to help continue to raise awareness,” Munday said.

“It’s Nick’s last race with us too and I wanted to be able to get behind him for his last time with us here at LDM as a thank you for his efforts over the past two years.

“We did a similar gesture for Russell for his last round in 2014 and I thought a good idea to do so for Nick too. It’s been a real pleasure having him a part of this team.”

The Adelaide born and bred Percat says he is looking forward to competing at the Coates Hire Sydney 500 round, in what will be his last race with the LDM team and the last round with the Virgin Australia Supercars appearing at Sydney Olympic Park.

“I'm excited to have a special one off McGrath foundation livery. This is an organisation quite close to my family and I feel privileged to be able to help raise awareness for the McGrath Foundation,” Percat said.

“Being my final round with Lucas and his team will be special because this small group gave me my first V8 Supercar win at the Clipsal 500 which is something I will never forget.

“I would personally like to thank Phil Munday, the support he gives Lucas and the team goes beyond having Repair Management stickers on the door, he is a great friend and mentor to myself and the team.

“Lucas is a lot more than a boss he is a good friend and what he did for me at the end of 2014 is something that I am forever grateful for. I have gained a lot over the last two years and I am excited to get him a good result at the Coates Hire Sydney 500.”

The Coates Hire Sydney 500 kicks off around Sydney Olympic Park on December 2 – tickets are still available for the event.