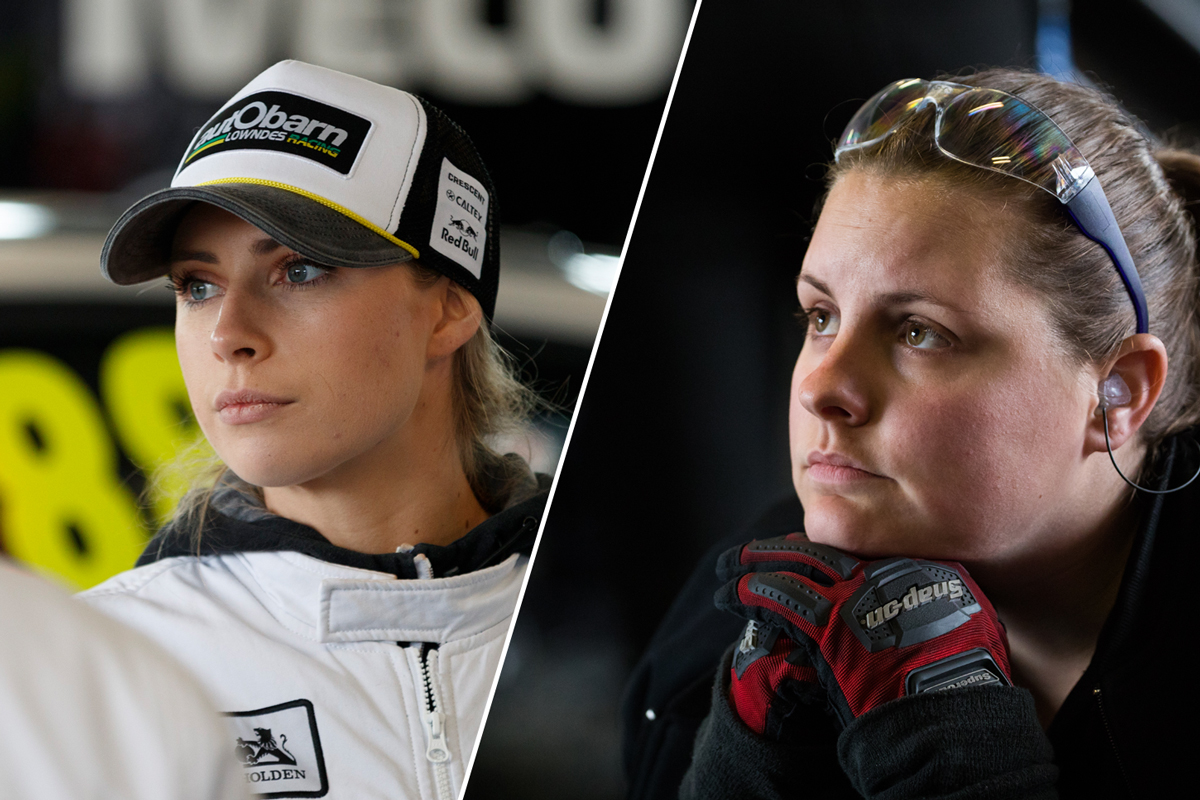 Triple Eight co-owner Jessica Dane and Erebus Motorsport mechanic Bonnie Beard have joined the list of Dare To Be Different ambassadors in Australia.

The pair join the likes of Simona De Silvestro, Betty Klimenko, Romy Mayer and Jessica Yates in representing the initiative to boost female involvement in motorsport.

CAMS launched an Australian arm of D2BD earlier this year, the program established in the UK in 2016 by ex-Williams Formula 1 test driver Susie Wolff.

Dane is Triple Eight's commercial operations officer and owns a stake in the outfit run by her father Roland.

The factory Holden team hosted an event with D2BD students last month, ahead of the Vodafone Gold Coast 600.

"Motorsport was always a natural path for me, but for so many girls it would have never registered on their radar, let alone been presented as a genuine career choice,” Dane, who has held an array of roles within Triple Eight, said.

"I therefore feel a duty to share our sport with the next generation of young women, welcome them in and show them that they can and should be part of this dynamic, fast-paced and adrenaline-packed industry.

"As a D2BD ambassador, my goal is to reach as many girls as possible to inspire future talent.

"And hey, even if they don’t choose a career in the fast lane, motor racing will have found some new fans."

Beard worked her way into Erebus' Supercars program after time in its V8 Utes and Australian GT arms of Klimenko's team.

"It is an absolute pleasure to be a part of the D2BD campaign," Beard said.

"I hope that the hard work of all the current females in this industry paves the way for the future and inspires young females from all around.

"Everyone is capable, they just need to be allowed to show their potential and that is what this campaign is doing."