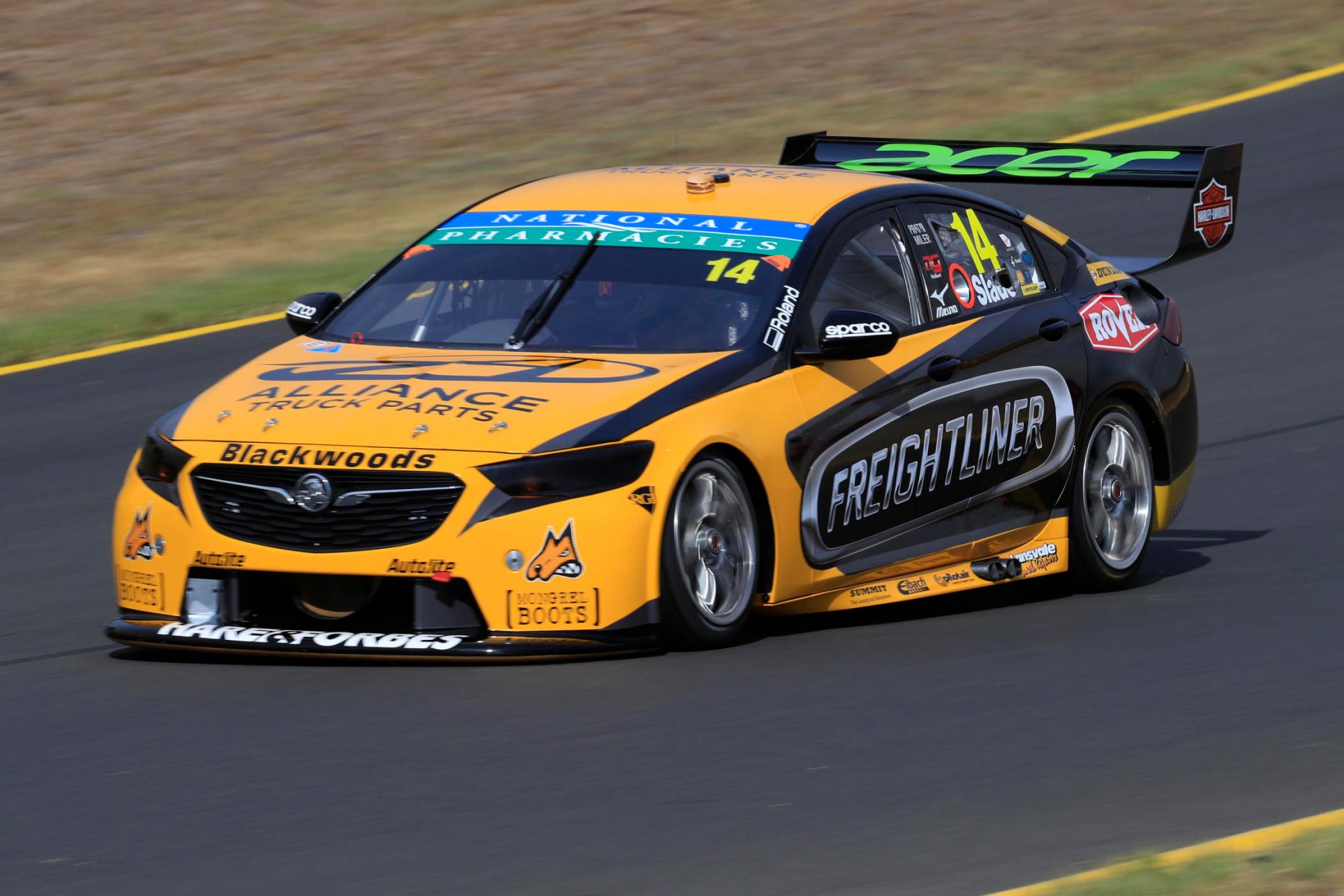 In a full-field test ahead of next month’s season opener in Adelaide, McLaughlin set the pace for the bulk of the afternoon’s running, despite a tyre failure sending him to the Turn 1 wall a little over one hour into the allotted four.

His Shell V-Power Racing Falcon was repaired before the end of the day, but the team had made the immediate decision to end McLaughlin’s running.

McLaughlin’s 1:29.2801s remained on top when the clock hit 5pm, the scheduled finish, but the session was extended by 10 minutes following a late red flag triggered by James Golding.

Those final flying laps changed the complexion of the order significantly, including BJR’s Slade and Nick Percat vaulting from outside the top 20 to first and fifth.

Slade turned a 1:28.6157s lap in his Freightliner Racing ZB to finish 0.4893 seconds clear of Fabian Coulthard, who improved from sixth after the stoppage.

The times were heavily impacted by differing tyres, with teams able to use remaining stocks of the faster 2017 rubber, as well the 2016-specification tyres that will be used this year.

Morning pacesetter Michael Caruso was third in his Nissan, giving all three Supercars brands a place in the top three, ahead of the lead Triple Eight Commodore of Shane van Gisbergen.

When the clock struck 5pm, Jamie Whincup was down in 16th, but the seven-time champion rose to eighth, as Craig Lowndes was bundled down the order in the third Triple Eight ZB to 14th.

The Tickford Racing Falcons of Cameron Waters and Mark Winterbottom - second at the end of the allotted time - rounded out the top 10, with Tim Blanchard in the third BJR Commodore also rising at the very end to 11th.

Matt Stone Racing rookie Todd Hazelwood had been set for an encouraging fourth place in the afternoon order, but did not improve after the late restart and fell to 13th, while David Reynolds similarly fell from eighth to 21st.

Garth Tander’s Garry Rogers Motorsport ZB was plagued by similar problems on his way to 23rd, while Golding only turned 10 laps and rounded out the order.