Speaking on the latest V8 Sleuth podcast, Story spoke in detail about the talks in 2013 and ’14 that led to Roger Penske’s 51 percent takeover of Dick Johnson Racing.

The deal set the groundwork for the then struggling team - which Story himself had recently saved from bankruptcy - to transform into the powerhouse it is today.

Contact from Penske began in October 2013, resulting in Johnson, DJR backers Story and Steve Brabeck and technical director Campbell Little heading to the US the following month.

Penske wanted to add a Supercars team to his US racing portfolio in order to grow his burgeoning business interests in Australia and had begun exploring his options. 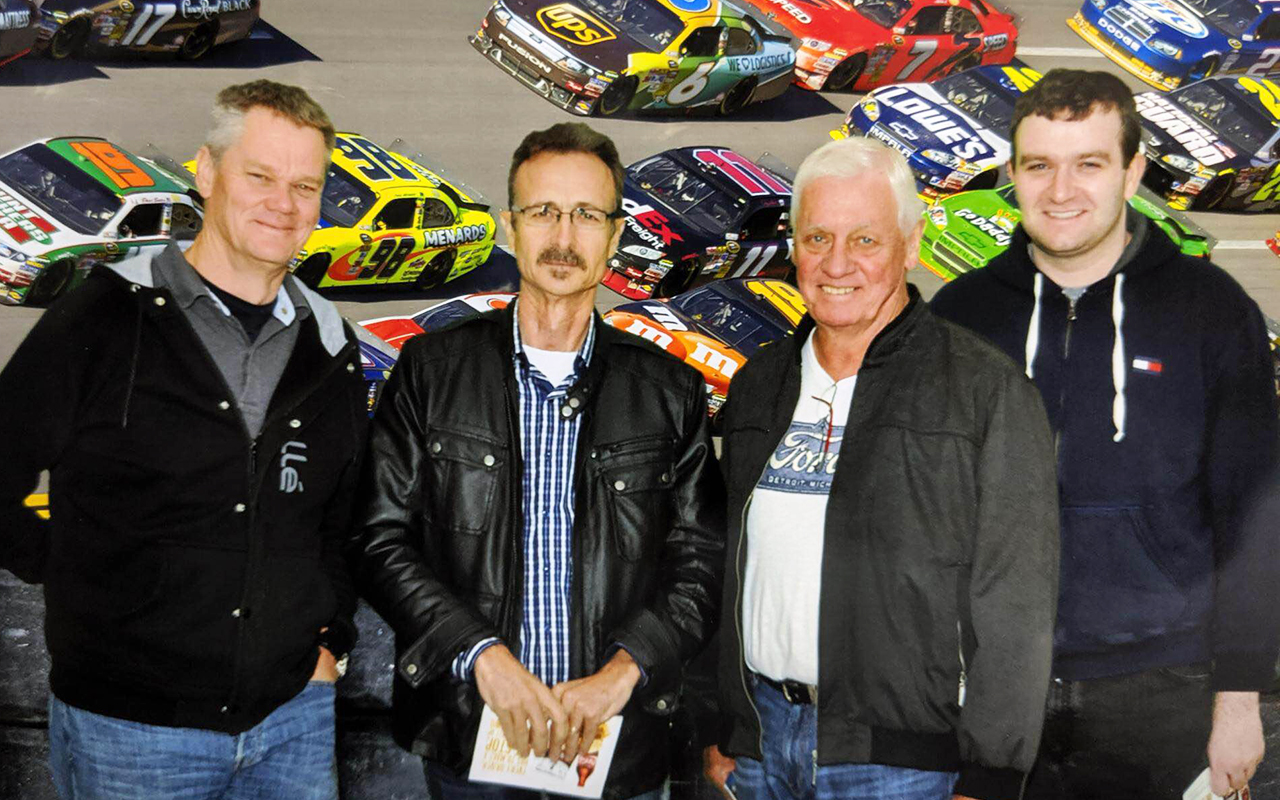 Little, Brabeck, Johnson and Story pictured visiting the NASCAR Hall of Fame during their 2013 trip to the US

The first meeting between the DJR quartet, Penske and his racing chief Tim Cindric took place at the US team’s headquarters in North Carolina, where the Aussies had an ace up their sleeve.

“We played a video which Campbell organised for Mark Larkham to make for us,” Story told podcast host Aaron Noonan.

“It was basically a [five-minute] minute video that showed our facility, talked about what we have done, what we’ve achieved, Dick’s history, the championships… [Larkham was] the pitchman.

“When you contrast how the place looks today to how it looked then, you can very much tell that we are far more representative of the Penske brand today than what we were in those early days.

“But Larko did us a solid by putting it together for us, it was a great video.” 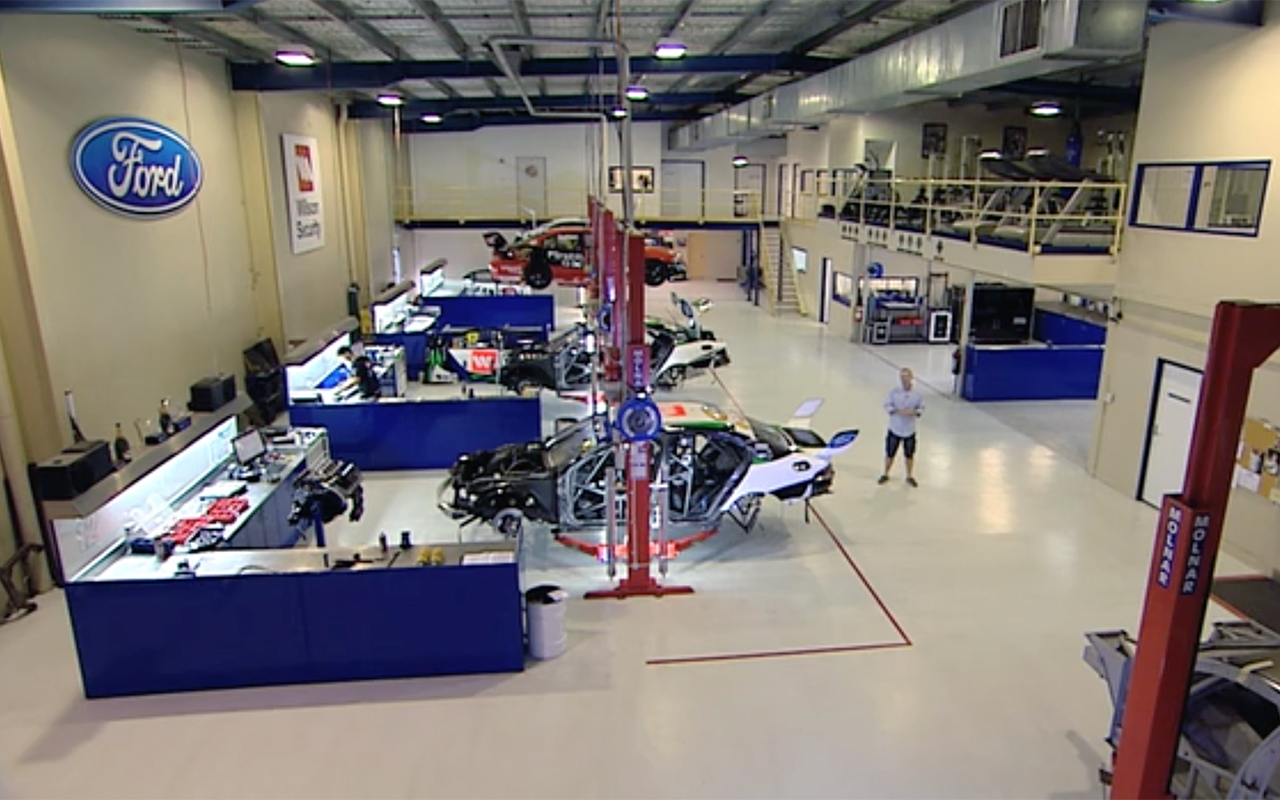 A still from the video showing the DJR workshop in 2013

In the video, which can be viewed publicly for the first time at the top of this story, Larkham concludes his workshop tour in his typically straight-shooting style.

“Now I’m far from a salesman, but what I can tell you is this is a great team, in a great facility, in a great location, competing in a great championship,” he said.

Recalling the critical first meeting with Penske, Story says he was impressed by Cindric’s knowledge of the Supercars rule book.

“The interesting thing about the meeting was there were four blokes from Australia completely in awe of this motorsport legend,” Story continued, in reference to Penske.

“Tim Cindric was then, as he is now, a great operator. He knew his stuff. He’d read the Supercars Operations Manual, he was firing questions at us left, right and centre.

“His relationship to Roger is a bit similar to the one I have with Dick where [Cindric] is the glass half-empty type approach compared to the glass half-full and they work together incredibly well.

“So [Tim] was asking all sorts of questions and Roger was talking about all the things that they could bring to the team.

“It was quite a comprehensive meeting.” 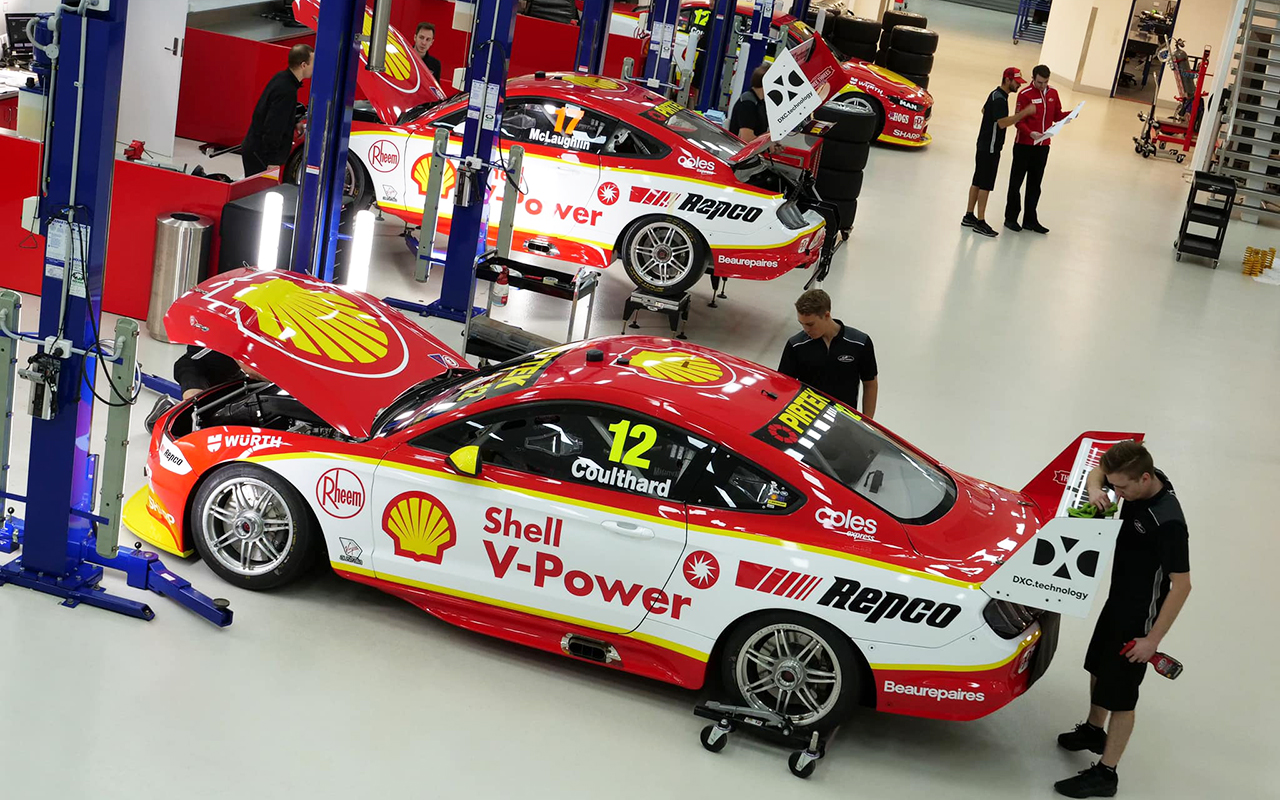 DJRTP's Mustangs being prepared in the same workshop in 2019

“Every team bar one approached them,” said Story, hinting that Triple Eight was the only squad not to pursue Penske.

“They were spoilt for choice and had the opportunity of either investing in an existing team or setting up a greenfield team.”

After protracted talks, the deal finally came together midway through 2014, with the DJR Team Penske entity coming into effect for the new season.

That resulted in scaling back to one car for 2015, initially driven by star signing Marcos Ambrose before his sudden withdrawal resulting in the recall of Scott Pye.

Expanding to two cars for 2016, the first win for the DJRTP alliance did not come until '17, when the arrival of Scott McLaughlin and Ludo Lacroix propelled the squad to the front.