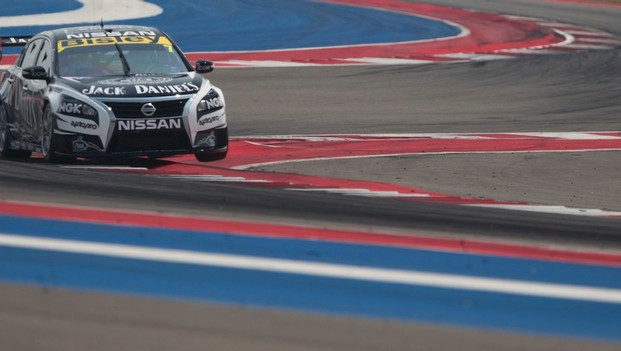 Jack Daniel's Racing will look to build on its forward momentum next weekend at the SKYCITY Triple Crown in Darwin, following Rick Kelly's standout performance at the Circuit of the Americas in Texas.

Thanks to the longer break between events, both Rick and Todd Kelly have had time to recharge after a hectic early-season schedule, which will see them head to Darwin primed for the run into endurance season.

Todd and Rick enjoy the event in Darwin and have experienced success at Hidden Valley in years gone by – despite that, the past winners both believe it will be difficult to predict a form guide for the weekend.

“I really love this event, not only the circuit itself, but Darwin in general, it's nice to get out of the dreary weather we have in Melbourne at this time of year and up in to some beautiful sunshine," Todd said.

"It's one of those events where, once the weekend is finished, you don't really want to come home and leave the place, so I love Darwin in general and the track has been quite good to me in the past.”

The unique track surface will make for some exciting racing, which Todd and Rick hope to capitalise on, especially in Sunday's 100km races.

"Over the years I've had some good results and some average ones, so hopefully we can continue with our improvements up the field with the Nissan Altimas and have another really good run,” Todd said.

Both drivers believe the twisty sections of the circuit will suit the current strengths of the Nissan Altima.

"It's a track that has a lot of corners where it's critical that you've got a car that handles well, but then you've got the massive drag strip down the straight,” Todd said.

"It will be interesting, but hopefully we can build on where Rick was in Texas and have a really strong weekend."

Rick emphasised the team was focused on trying to carry that momentum into the rest of the season.

"We've got a couple of runs on the board now and we have a lot of confidence with the setup of the car, which will really help us as we move forward,” the #15 driver said.

"We know that Darwin has a very long straight with a slow corner leading onto it, so that part of the track is going to be tough for us, but a lot of the other parts should be quite good to us as well, especially with the slippery track surface.'

"I've got mixed feeling heading into the weekend as far as where we're going to be, but the important thing for us is to carry the momentum that we've gained in Texas through the Darwin event, as we head towards the enduros."

The sixth event of the 2013 V8 Supercars Championship will see a return to the popular 60/60 race format, with one 120km race split into two parts on Saturday with a short intermission. Sunday will feature two longer 100km races.

After his best weekend of the season in Texas, Rick Kelly is now 12th in the 2013 V8 Supercars Championship, while Todd Kelly remains 26th, but continues to close the points gap to those in front.

Todd Kelly  ›
15' Jack Daniel's Racing ›
2013 SKYCITY Triple Crown  ›
Stay In The Know
Sign up to the Virgin Australia Supercars Championship Newsletter
This website uses cookies to improve your user experience. By continuing, you will be providing your consent to our use of cookies.Ok