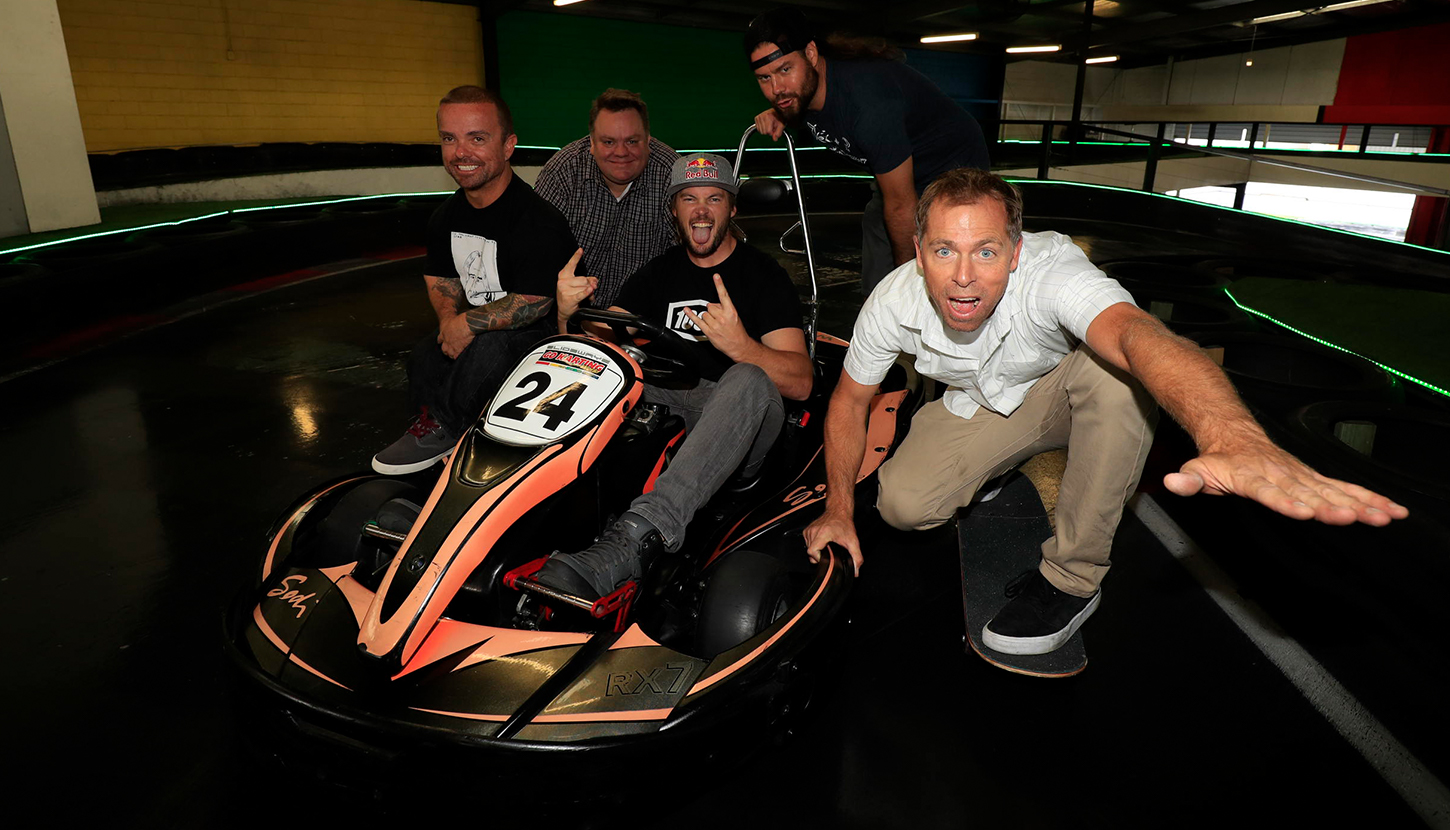 Be prepared for the unexpected at the Castrol Gold Coast 600 when four members of iconic MTV show Jackass perform the only Gold Coast show of their current tour at the Supercars event next week.

The tour is the first time that four Jackass cast members can be seen on stage together in Australia, with the show staged on Sunday at 12.45pm for those in the Club 600.

Jason 'Wee Man' Acuna, Chris 'Party Boy' Pontius, Preston Lacy and Dave England rolled into Australia and tried their hand at go-karting today ahead of the electric Queensland event, which kicks off next Friday October 21.

The only thing England could reveal about the show – appropriate for print – is that fans should expect not to be bored during the extravaganza.

To get in the spirit of the treacherous street racing event, the Jackass members went up against Dakar Rally winner and Stadium Super Truck driver Toby Price, who will be on-track contesting the high-flying support category at the Castrol Gold Coast 600.

“I was told by the people that work here that I have the best form,” Jackass’s England said at Slideways Go-Karting Nerang today.

“We were riding our skateboards around here – it’s crazy because it’s super grippy on a skateboard, super slippery in a go kart, so polar opposites, but both of them were so much fun.” 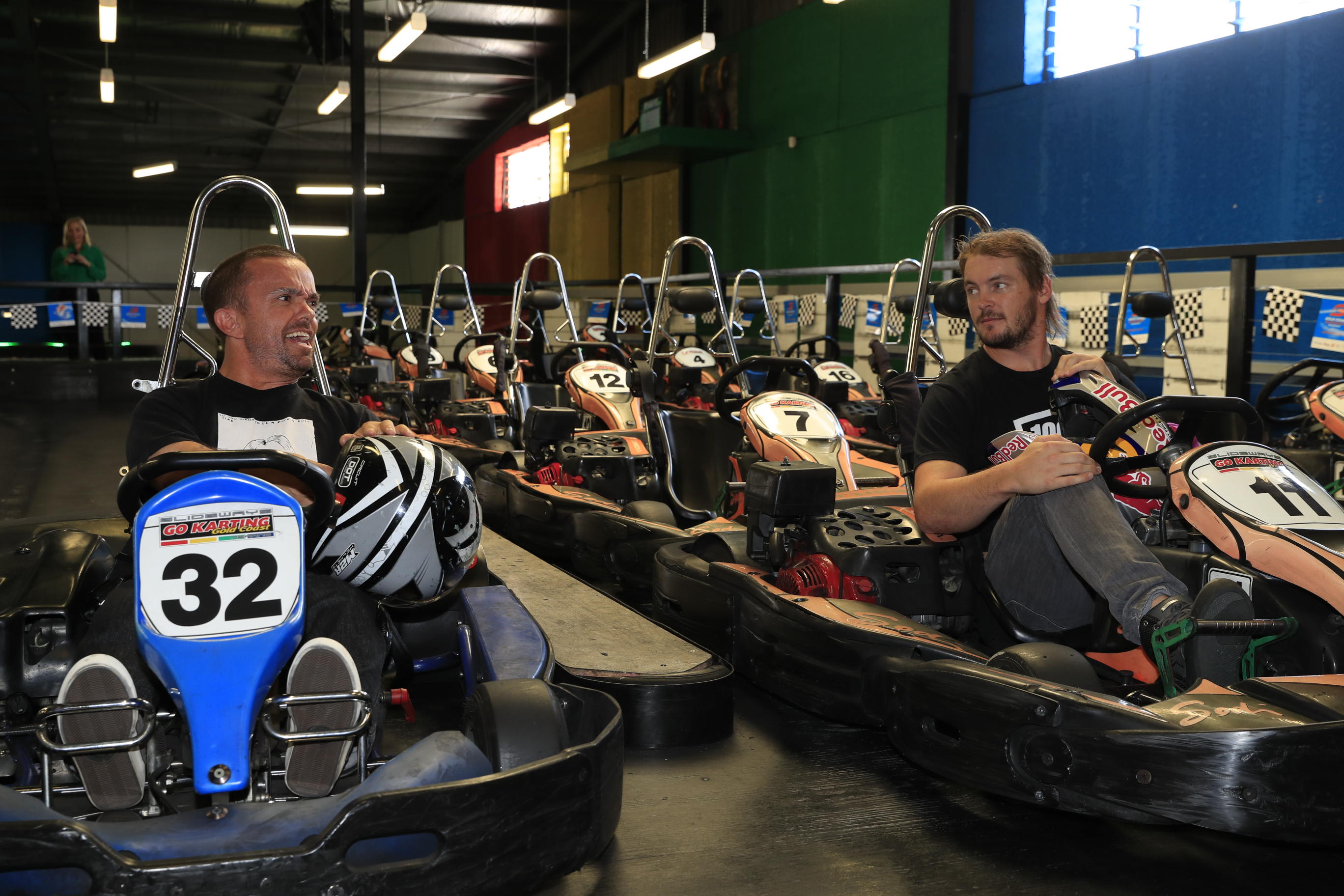 While he did impress, England was smoked by Price, who again revealed ambitions to jump behind the wheel of a Supercar in the future.

“I like doing new and different things, kind of keeps it exciting and keeps the adrenalin going,” Price said.

“It’d be nice to be able to drive one doing a couple of enduro races with one of the guys and teams, and just see how we go … you never know what can happen, if you’ve got dreams you want to try and chase and follow, you’ve got to try and have a go at it when you can. So we’ll wait and see what the future brings.”

The Stadium Super Trucks are a favourite on the Gold Coast, which marks the end of the Pirtek Enduro Cup. Click here for tickets to the October 21-23 event.