Inside young team’s ‘exciting’ progress up the grid 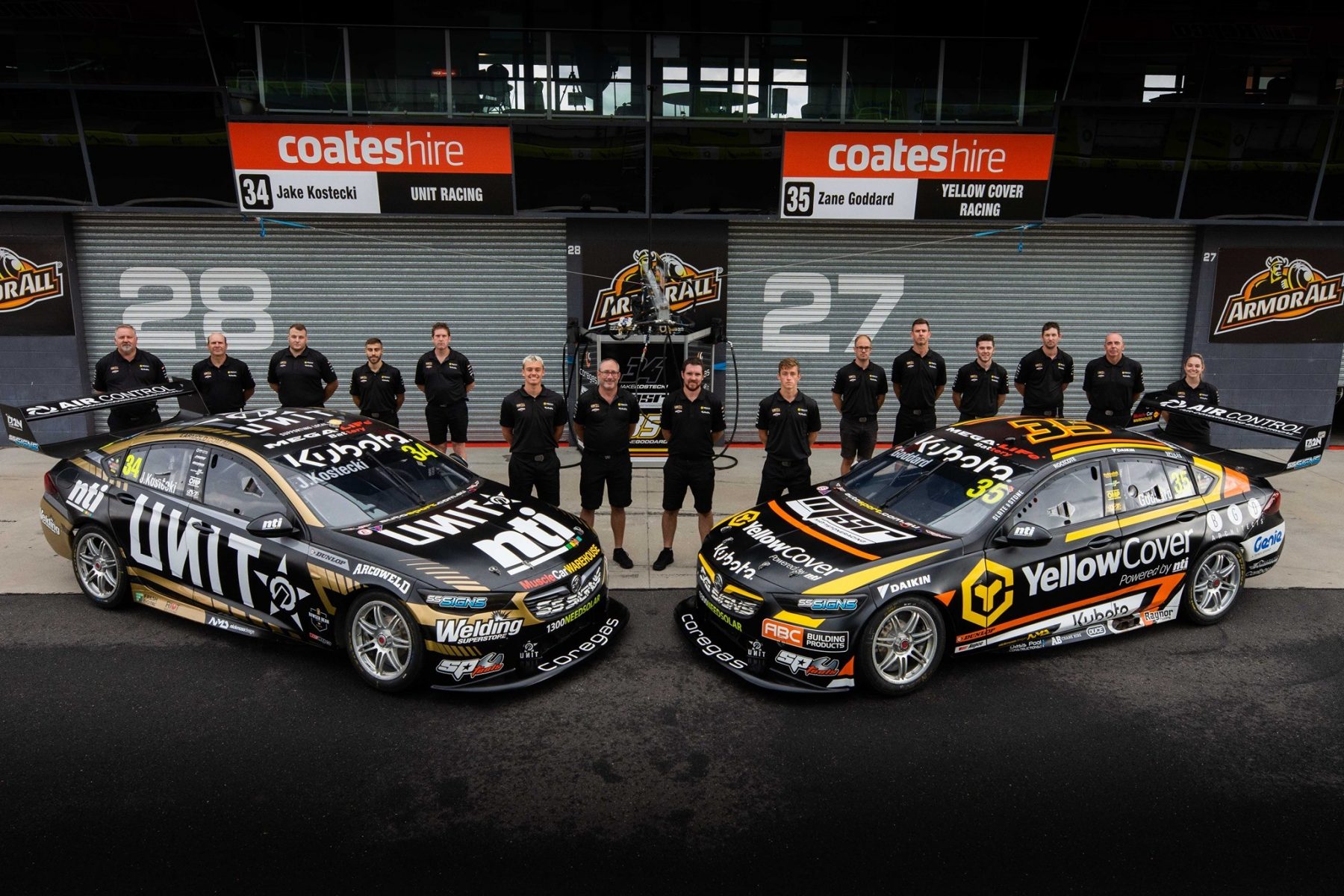 A key takeaway from the opening two rounds of the 2021 season has been the progress of Matt Stone Racing in its second year as a two-car squad.

Through the Bathurst and Sandown events, both Jake Kostecki and Zane Goddard have demonstrated consistency and glimpses of speed, with the former recording a career-best result in Race 1.

It came after a turbulent 2020 for the young drivers, who rose to the main game in the SuperLite car-share programme.

WATCH: WHO WOULD PLAY YOU IN A MOVIE?

A renewed focus for the team, buoyed by handing full-time drives to young guns Kostecki and Goddard, as well as bolstering the engineering line-up, has already paid dividends.

Through the opening five races of the season, Goddard has finished higher than where he started.

Looking back to the SuperLite campaign, which was dubbed a success by the team sponsor UNIT, Goddard has cast his gaze to improved results for the team as it eyes the top 10. 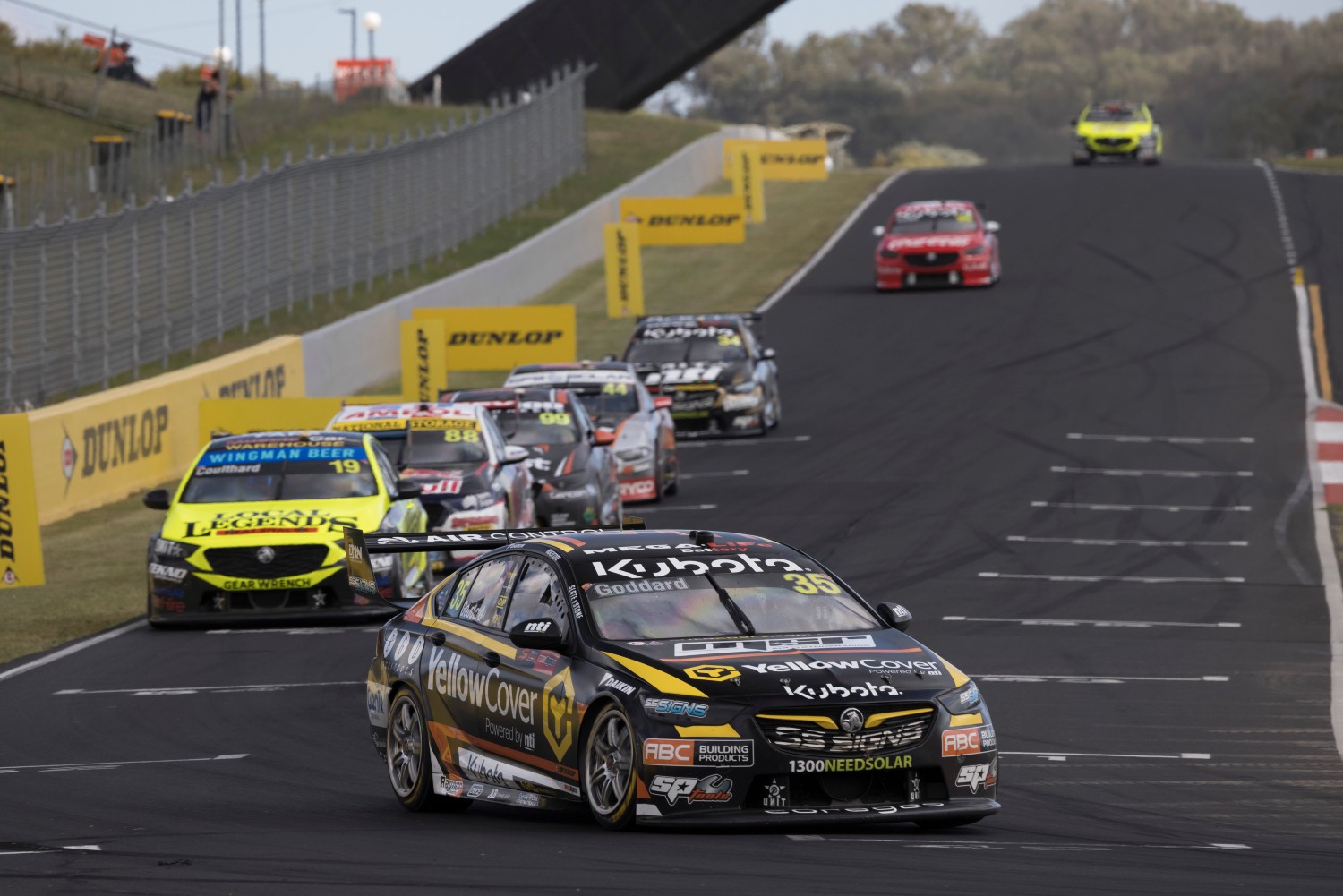 Goddard on the pace at Mount Panorama

“Last year, sharing a car, and going to events and sitting outside and watching the other driver go to work gave both Jake and I great insights,” Goddard told Supercars.com.

“Last year, if we were in different cars as full-time drivers, we wouldn’t know each other’s lingo about what we like and don’t like.

“If anything, I think sharing the car last year has accelerated our progress.

“When he says something about the car, I know what he means; when I say something, he knows what I mean.

“Now, we want to beat each other, but we’re not here to handicap each other.

“We race hard but fair, because we want the team to achieve the best results possible.”

Kostecki carried his momentum to Sandown, and narrowly missed out on reaching the top 10 in qualifying for Saturday’s Race 3. 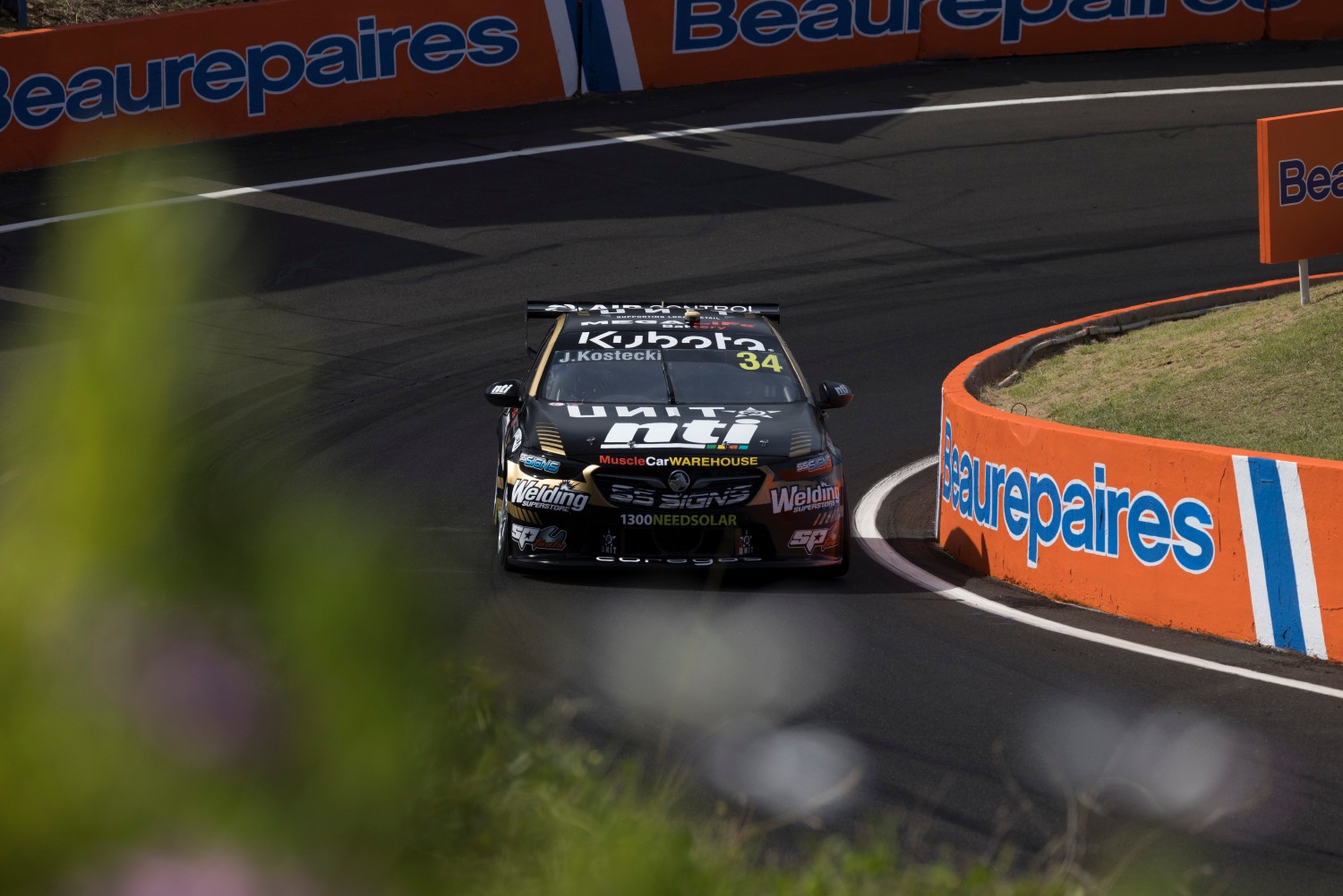 Kostecki on track on the mountain in February

While the race didn’t go to plan, the 21-year-old was pleased he was able to unlock such pace in just his first event with engineer Chris Stuckey in his ear.

“Qualifying 12th at Sandown, that was on genuine pace,” Kostecki told Supercars.com.

“We weren’t far off the top eight in qualifying, so we know we’re not far away.

“In the races, we were catching the groups ahead and we had pace around 10th or 11th.

“We’re on the right track with the team.”

MSR made its main game debut in 2018 as a one-car outfit with Todd Hazelwood behind the wheel.

In 2020, the team expanded to two cars, with Kostecki and Goddard sharing the #34 Commodore.

In 2021, for Goddard, it’s up to the drivers to go the extra mile to extract more performance, with the team’s access to resources growing by the year. 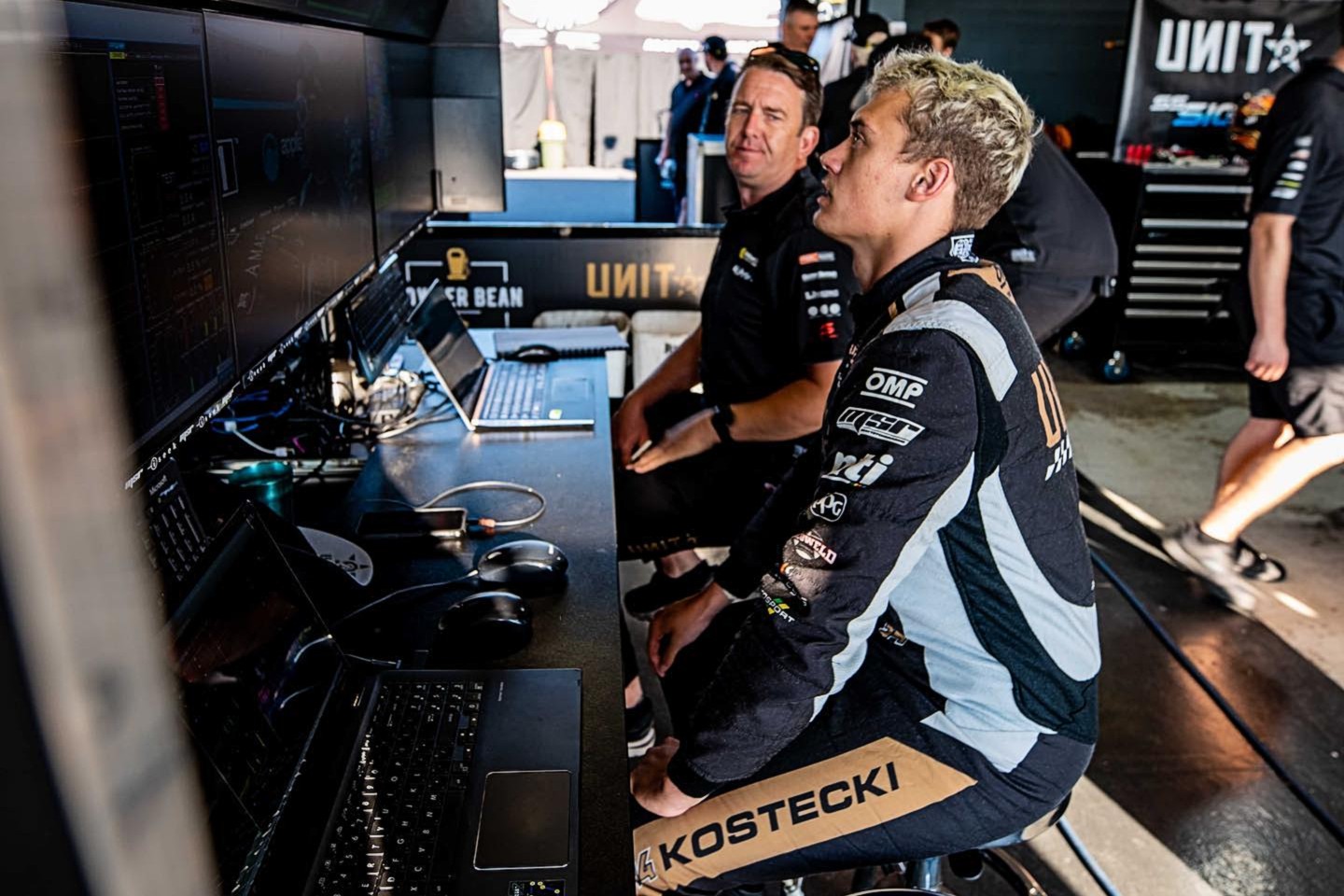 Kostecki and Stuckey at Sandown

“As a race car, especially in the longer races, our package is a lot stronger than last year,” Goddard said.

“In this game, you can get lucky and you can get unlucky. We’ve had our fair share of both.

“To have the cars on the same pace is really promising for the team.

“In qualifying, a tenth here or there can make such a difference because it’s so competitive now.

“We’re definitely seeing signs of a better car, coupled with better driving from Jake and I.

“We’re all learning a lot and there’s so much potential to improve, even though the learning curve is steeper for us.

At the centre of it all is Stone himself. The son of Jimmy and nephew of Ross, he has been around motorsport for much of his life.

Being the son of a Supercars Hall of Famer, who ran the triple championship-winning Stone Brothers Racing outfit until 2012, Stone has had eyeballs on him since he commenced his journey as a team owner out of a one-car Super2 squad in 2011. 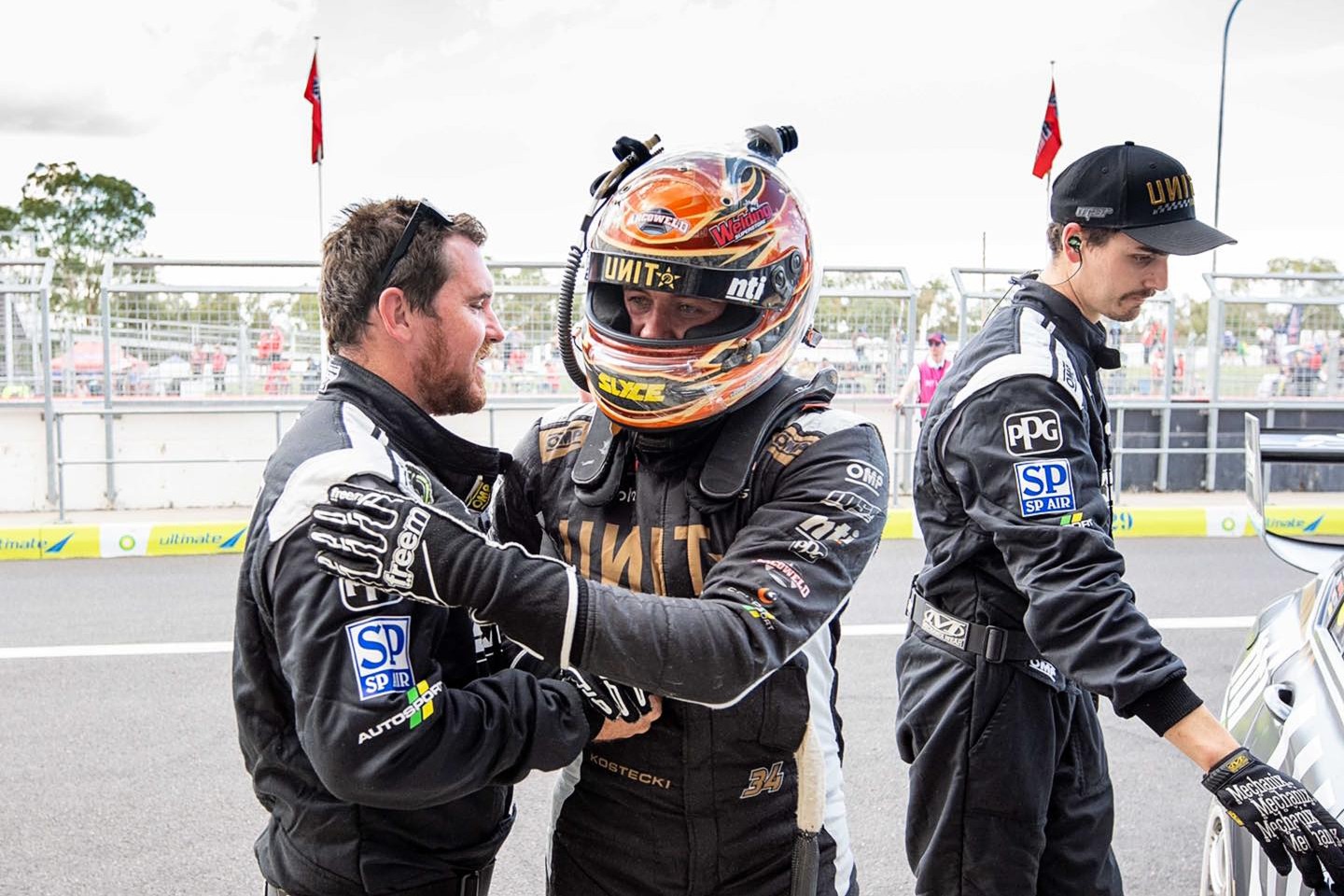 Long-time advocates of young talent, having led Hazelwood to the 2017 Super2 title, MSR continues to punch above its weight, while remaining true to its current status as one of the smallest teams on the grid.

“Matt’s passionate, he wants the team to progress and eventually be fighting towards the front,” Goddard said.

“His dad and uncle ran such a successful team and he grew up in it, so he knows what it takes.

“He’s got a wealth of knowledge, even though he’s so young.

“We expanded to two cars last year, and have built up engineering, driving and team line-ups.

“He knows nothing happens overnight, but we’ve got the structures in place for it to work.”

“Matt’s hands-on, whether that’s being a mechanic, or being on the sidelines, even being a tyre guy. 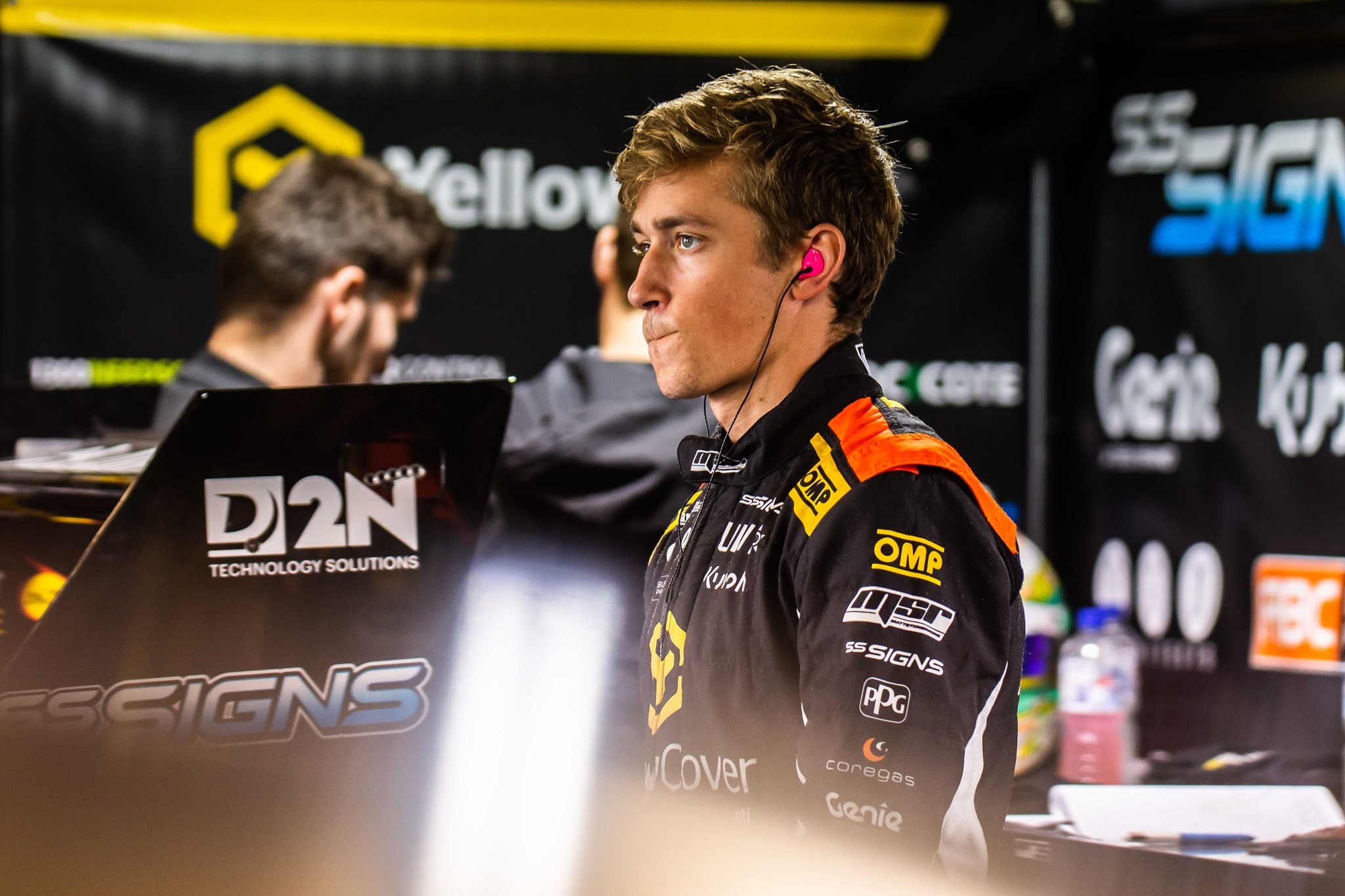 "I think sharing the car last year has accelerated our progress."

“He can do anything, and when he’s in good spirits, he keeps us motivated and he also believes we’re all on the right track.

“In Supercars, you have to have a good environment around you to go well, and everyone must be heading in the same direction.

“We all understand that it takes time; we are a new team relative to the others.

“This isn’t a game where you can wake up, get to the track and win races. It’s a process.”

The Yatala-based team has needed to remain true to itself and remain united; only recently, MSR staff hit the road in the wake of the snap lockdown in Brisbane, in scenes reminiscent of the border dashes during 2020.

Through it all, MSR remains a race team first; results are the primary commodity, and while they may currently appear a premium, its young drivers are staying loyal to the challenges the main game provides.

“Everyone gets on really well at the team,” Goddard said.

“We spent so much time on the road last year, and even recently when we were on the road when everything flared up in Brisbane, there was such great team bonding. 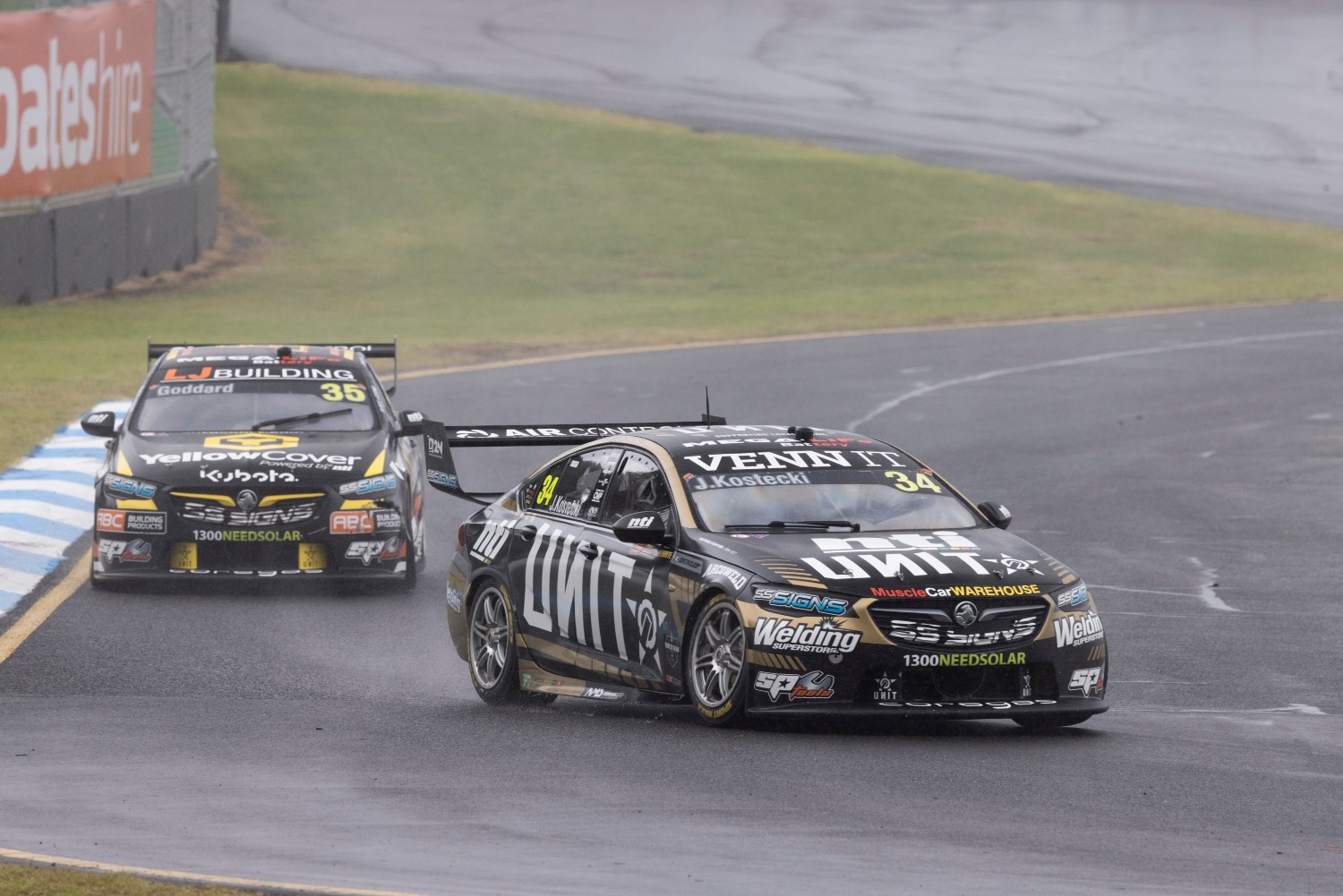 “Everyone has such good banter, but when we’re at the track, there’s one goal, and that’s to do the best we can.

Kostecki added: “I always knew I could do it. I’ve always believed in myself.

“You’re taking on 23 other guys, all trying to get the same result.

“You shouldn’t arrive at the track thinking you’re going to come last; that doesn’t interest me.

“I know it’s only a matter of time, and I just want to get all of my ducks in a row.”

Kostecki and Goddard are 18th and 19th in the standings respectively heading to next weekend’s Beaurepaires Tasmania SuperSprint.

The Repco Supercars Championship field will return to Symmons Plains across April 17-18. Tickets are on sale now.