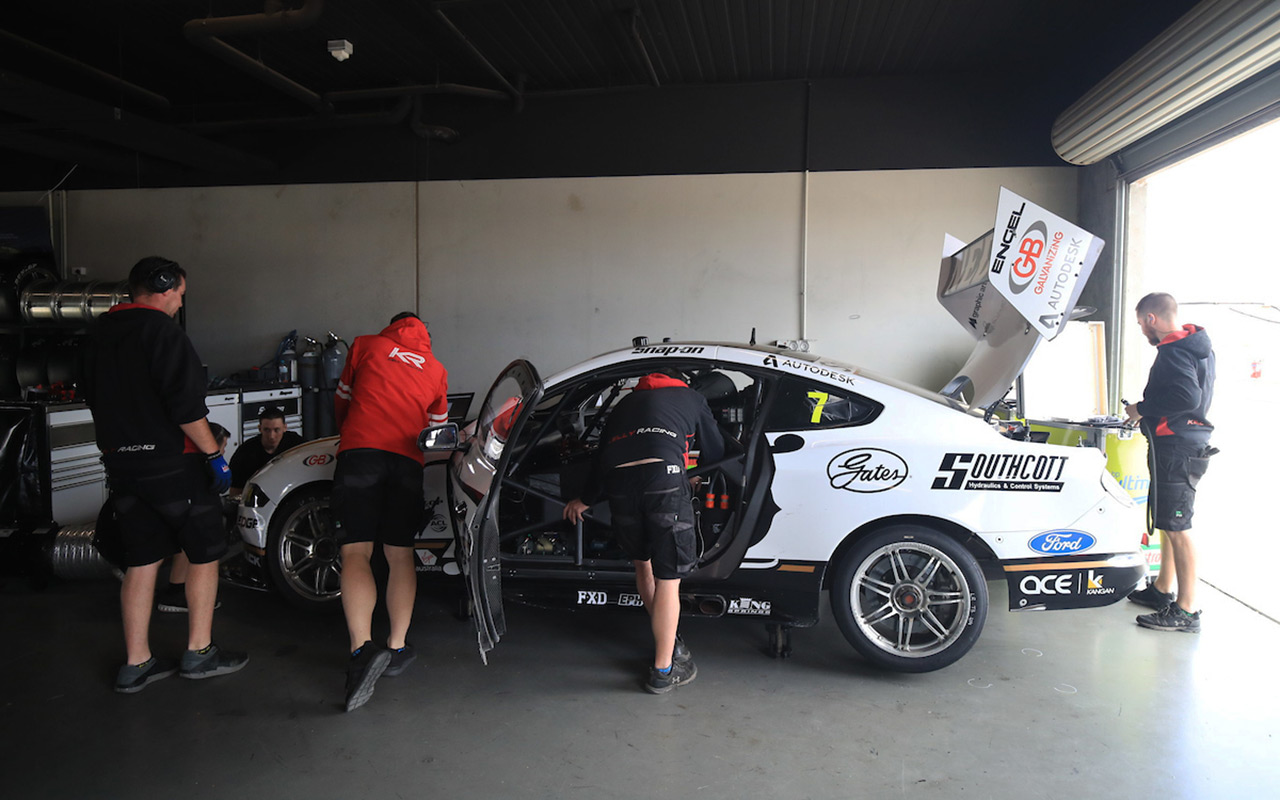 A mid-morning dash to a local parts store ensured Kelly Racing could get both of its new Ford Mustangs on track simultaneously at the BP Ultimate SuperTest.

Having run Nissan Altimas for the previous seven seasons, the team undertook an intense 16-week process to get two Mustangs running at the pre-season hitout.

Andre Heimgartner’s car underwent a brief shakedown at Winton on Sunday, while Rick Kelly’s did not turn a wheel until this morning at The Bend.

The day ended with Heimgartner second on the timesheets and Kelly 14th, completing 64 and 53 laps respectively, but it had not all been smooth sailing.

“The truck didn’t leave work until 8 o’clock or so last night and didn’t get here until the early hours of the morning,” team co-owner Todd Kelly told Supercars.com.

“We were still frantically finishing things off when the cars rolled out, so to go from that to run the whole day as well as they did is just outstanding.

“We just had one little wire in a coil pack cause issues on Rick’s car, so we were swapping the coil pack between the cars.

“Then from lunchtime on we were able to get another one and run both cars, but other than that we haven’t had a single issue with them.

“The pace has been pretty good as well, so amazing.” 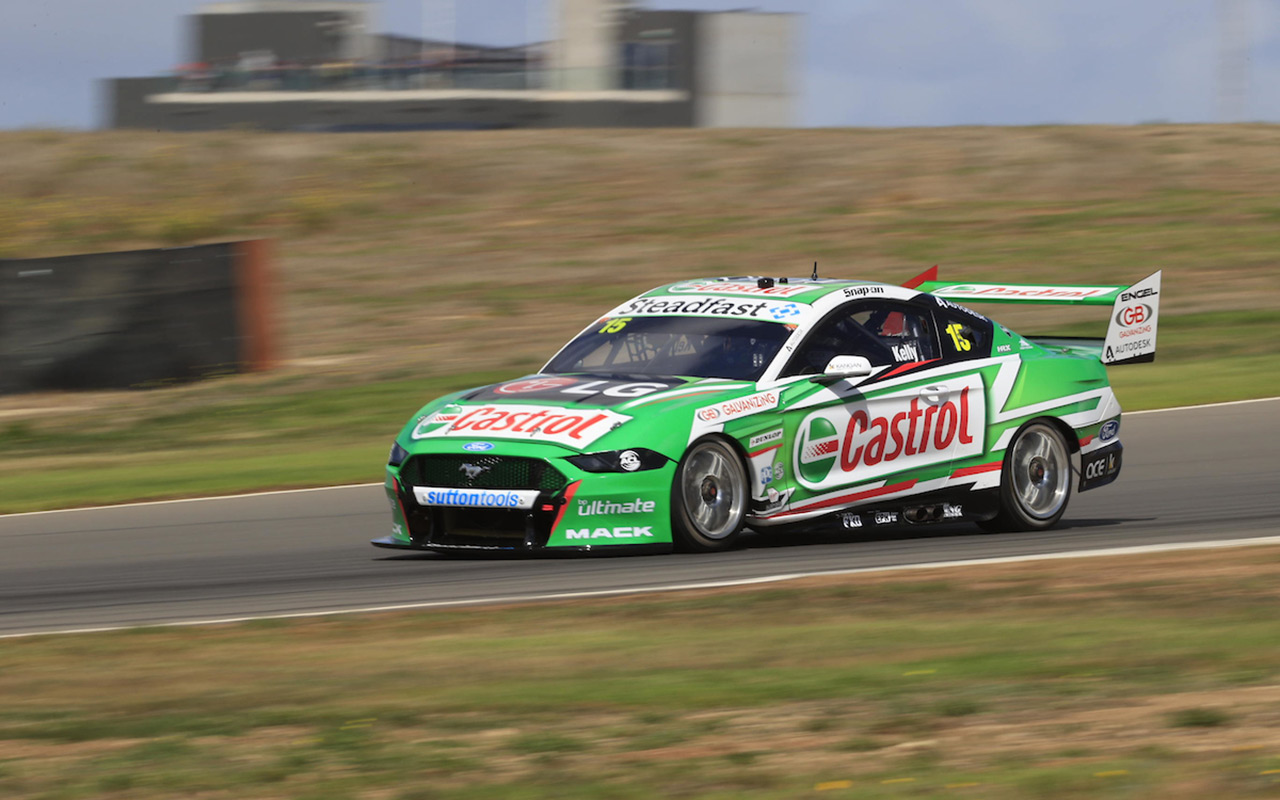 Fortunately, the second coil pack was able to be sourced off-the-shelf from a parts store in the local area.

“It was a little bit ‘bush mechanics’ there with wires going everywhere and soldering irons to try and get it going and it’s only really temporary for now,” continued Kelly.

“We’ve got spare coil packs being made back at the shop.

“I’m flying back first thing in the morning to get a heap of spares, we’ve got a few ute loads of parts to bring up, that’s how last minute this whole thing is.

“So to get through today as we did is an amazing effort from the crew.”

Despite an encouraging start, Kelly is keeping his expectations in check for the Superloop Adelaide 500, which kicks off on Thursday.

“A week ago my goal was just to get the cars finished and finish Adelaide; get through Saturday and Sunday without any mechanical issues,” he said.

“If we can achieve that after what we’ve just been through all of my boxes are ticked. Anything above that is a bonus.” 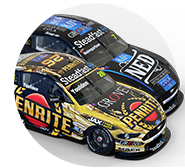