Todd Kelly hopes Kelly Racing can gain ground on its Supercars rivals with development work during the enforced break from racing.

Supercars action will not resume until June, with the next three events postponed due to the COVID-19 pandemic.

While track testing has been outlawed during the hiatus, Kelly hopes workshop efforts will yield gains for the team’s new Mustangs.

The team faced a highly-publicised rush to get its two new Fords to the grid in Adelaide, complete with an in-house developed engine package.

Rick Kelly and Andre Heimgartner sit 10th and 11th in the standings after a solid Adelaide, while the latter qualified a fine fifth at the cancelled Albert Park event.

KR’s workshop has lay silent this week; its cars yet to even be unpacked from the transporter which parked up last Friday following the sudden end to Albert Park.

Kelly though has been at the Braeside facility preparing to allow staff to return on Monday without breaking “social distancing” guidelines laid out by health authorities. 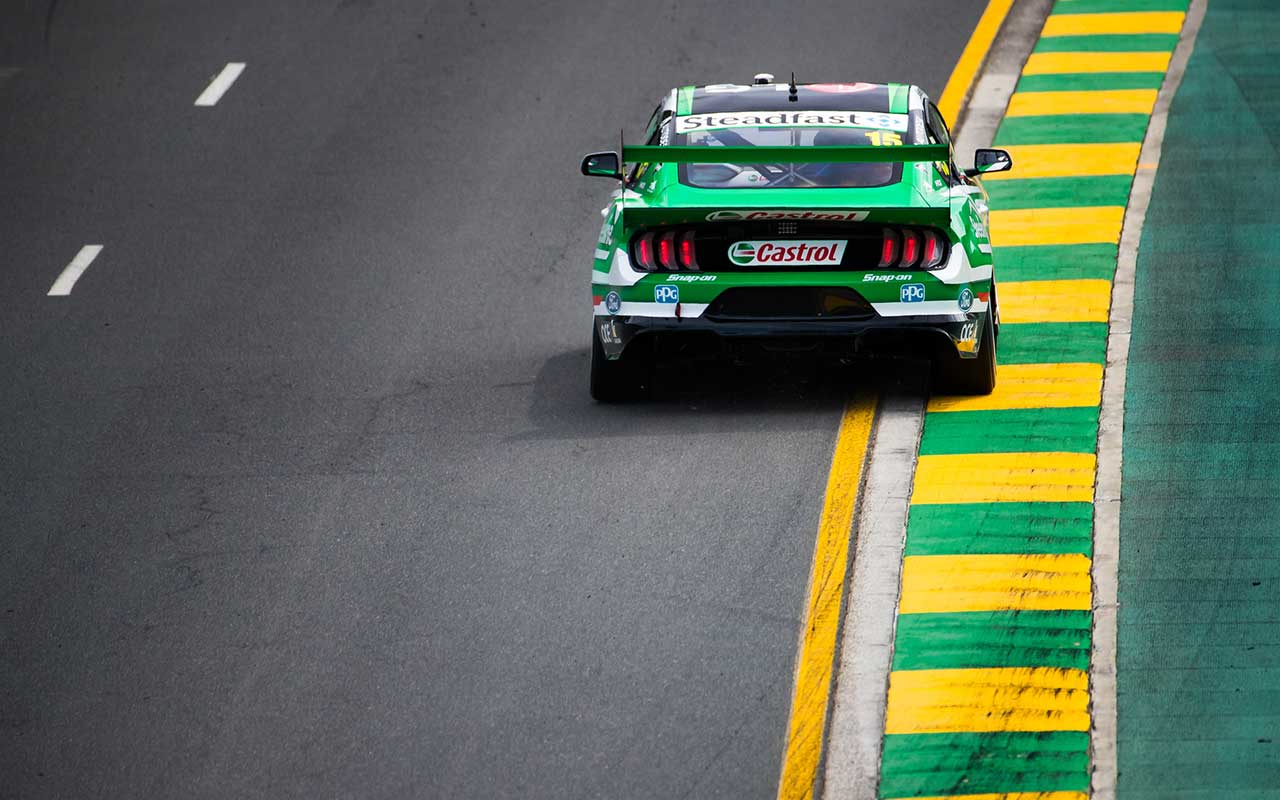 “It’s going to be a highly modified workplace compared to what we’re normally used to,” Kelly said in a team video.

“In a team environment we’re all quite crowded, lots of meetings, lots of gathering around and talking.

“So to operate a business like ours with full separation is a good challenge, I’m quite excited.

“I’m here this week getting the place set up, putting all of our hand sanitiser stations around the place, working out job lists for each individual person that wants to come back into work next week so that they’re basically isolated from each other.

“We’ll get through the next few months and hopefully, we’ll go through this period and really catch up on the 15 years of development that we’ve not been able to do on these Mustangs.

“It’s a good little breather to get the cylinder head stuff sorted out, the inlet manifold tidied up, get the blocks lightened and catch up, so it’s pretty exciting.”

While eager to make ground on the team’s rivals in the break, Kelly feels the COVID-19 pandemic is also a time for reflection on life’s priorities.

“It really makes you realise what’s important in life, it’s not actually car racing it’s all of those special things that we all experience every day,” he said.

“Not that we’re deprived of anything at this point, but the thought of being deprived of daily things like toilet paper and food, it really resets everyone’s thinking and makes you appreciate what we’ve got.

“As bad as it is, now is really a good time to appreciate what we do have and band together and support each other.”