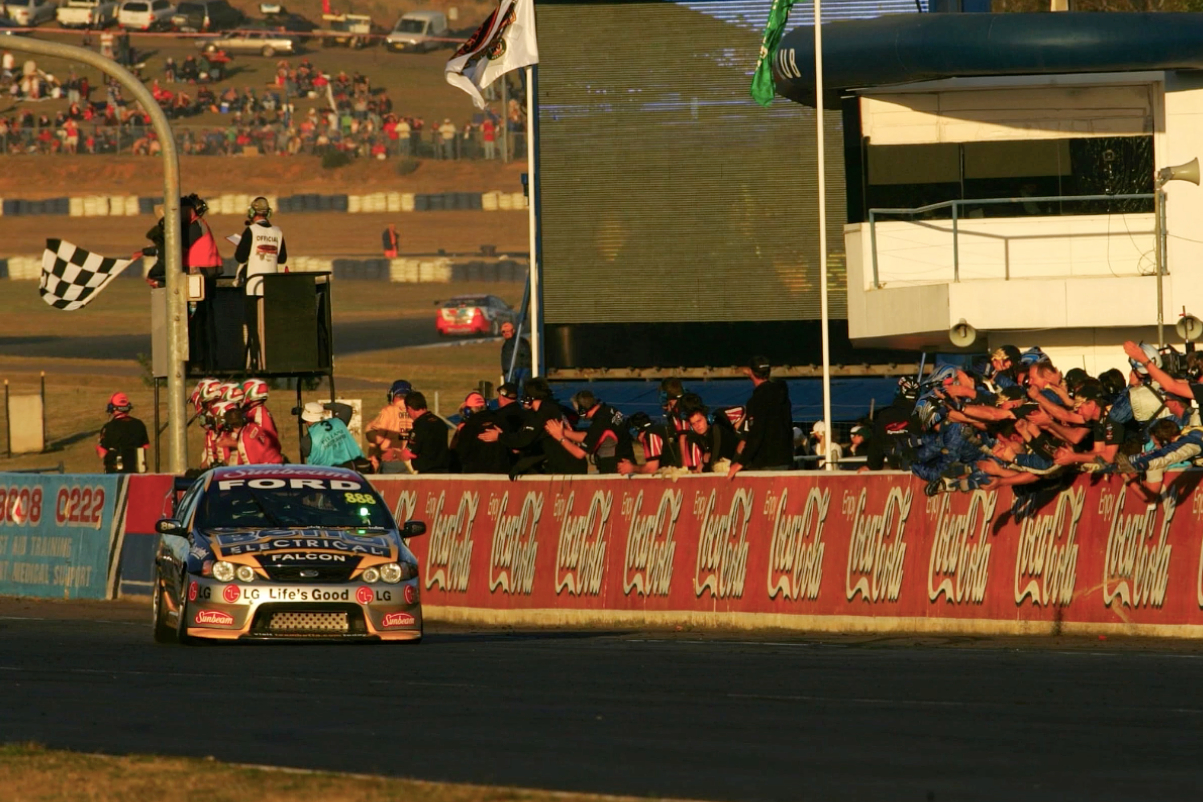 Triple Eight Race Engineering has amassed a record 216 race wins - but even the best teams started on zero.

Triple Eight’s run of Supercars glory began in 2005 at Sydney Motorsport Park, which will host four straight rounds from this weekend.

After nearly two years of trying, however, Triple Eight relied on a solitary pit stop to finally etch its name into the history books.

Craig Lowndes scored the now Holden team’s first race and round wins in May 29, 2005. Earlier in the day, Lowndes finished behind Marcos Ambrose.

Ambrose’s Race 1 win was his seventh in eight SMSP starts dating back to 2003.

Lowndes, who had taken poles in 2005 but had fallen short of the top step, was beaten off the line for the day’s second race.

Ambrose had the #888 Betta Electrical Falcon for company until they both stopped on lap five.

At one end of the lane, Lowndes took on rear tyres. The stop was sharp, a touch under four seconds. 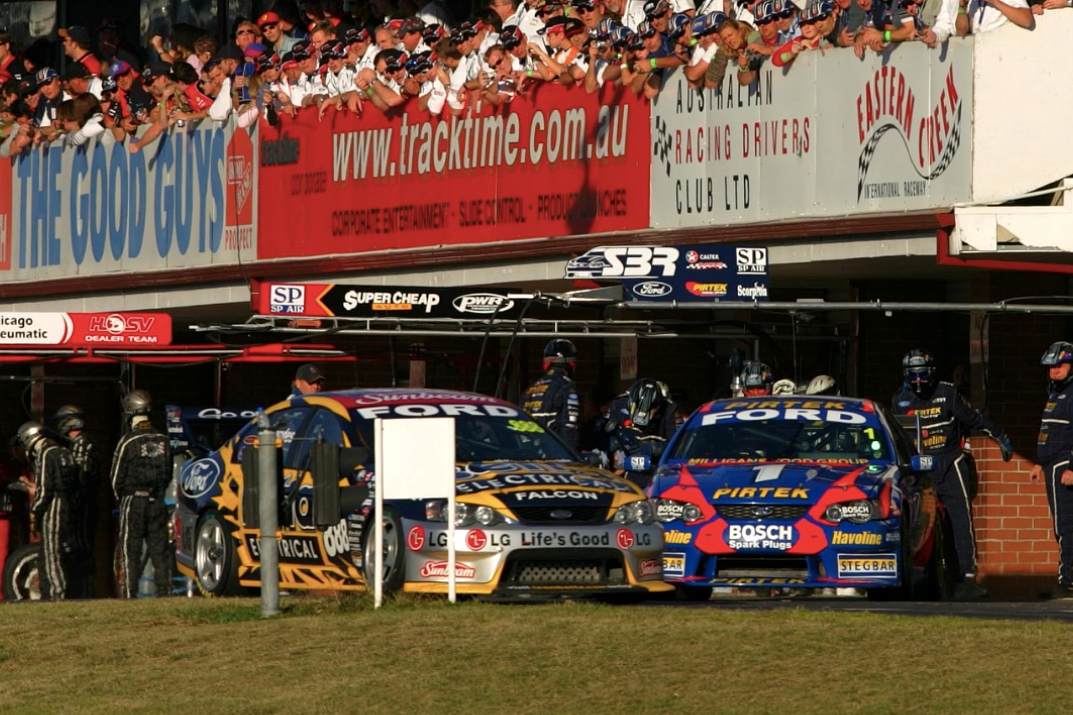 With track position on the line, the Stone Brothers Racing crew was slow on the right rear, with Ambrose stationary for just over six seconds.

Ambrose emerged just behind Lowndes and haunted the new effective leader through Turn 2.

At the time, no one could have predicted a second in the pits could pave the way to the most successful team in Australian motorsport.

SBR was the force of the sport in 2005, and would go on to win the title with Russell Ingall.

However, May 29 belonged to Triple Eight once Lowndes assumed the lead on lap 15 of the 36-lapper.

Lowndes streaked away to his first win in two years, and the 53rd of his career.

For Triple Eight, which bought out Briggs Motor Sport midway through the 2003 season, it was win No. 1.

Lowndes won five more races in 2005 en route to second in the standings, splitting the SBR duo of eventual champion Ingall and Ambrose, who departed for a NASCAR career at season’s end.

"The plan was to jump him off the start, but that didn't work,” Lowndes said.

"This race was won in pit lane, we decided to follow Marcos in and we got the jump.

"I'll celebrate with the guys a bit, but it will be pretty quick and easy because I really want to get home to be with the family."

Ambrose wouldn’t win again until the Phillip Island finale - and after that, he was gone. 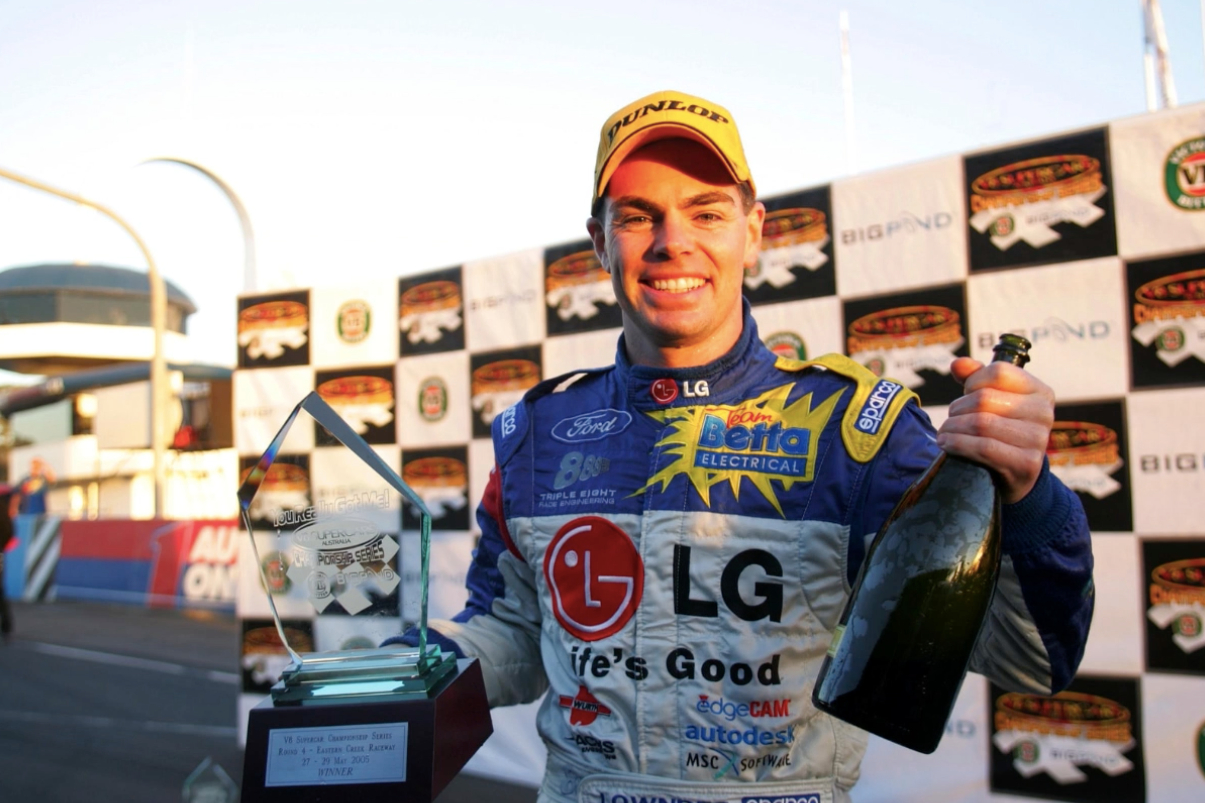 'This race was won in pit lane'

"The car was great in the first race,” said Ambrose, who beat Lowndes by seven seconds in the opening heat.

“I thought we could improve it for the second race with some changes but it didn't work.”

Triple Eight wouldn’t win at SMSP again until Lowndes in 2012.

The team is searching for its first SMSP victory since Shane van Gisbergen won the 300km night race in 2018.