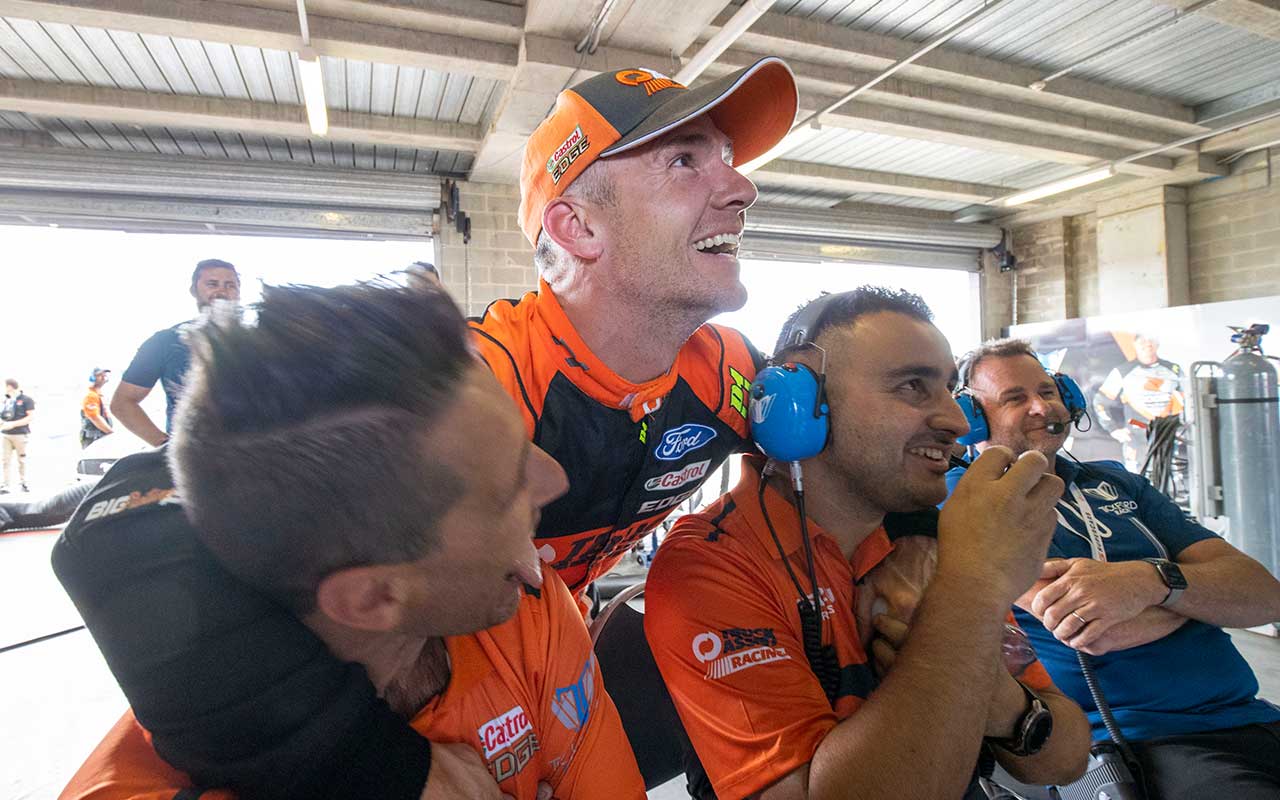 Holdsworth set his 2:04.0243 lap time with nine minutes remaining in the 40-minute qualifying session and that proved good enough as rain fell late at the top of the Mountain.

It’s the fifth time in six sessions to date that Tickford has finished fastest, with their four-pronged fleet looking in fine form heading into Sunday’s Great Race.

“We’ve still got the Shootout obviously tomorrow, but this is my first time with a provisional pole at Bathurst,” said Holdsworth.

“It takes a bit of confidence and sometimes that confidence takes a while to build back up, but it’s certainly there now.”

“That session was awesome, looking at the times and seeing how close everyone is,” said van Gisbergen.

“Our car is getting better and better. We were a little bit heavy [on fuel], that’s why we were doing those laps to burn fuel and it would have been interesting to see that last run.”

Behind them, the grid has been set in stone for positions 11 to 25, with 2017 Bathurst winner David Reynolds (13th) and Mark Winterbottom (18th) among the biggest scalps.

The session was brought to a sudden halt at the 16-minute mark as red flags came out.

The cause was Jake Kostecki’s stricken UNIT Racing Commodore, which had gone hard into the wall at the Esses, twice making contact with the unforgiving barriers.

It had already been an eventful run for Kostecki – who had outdone co-driver Zane Goddard in practice to earn the right to contest qualifying – as he ran off at Murray’s Corner and then took the shortcut at Skyline.

The youngster will start the Great Race from 25th and last.

There was a mad rush from most – although not the leading Red Bull Holden Racing Team duo of Whincup and van Gisbergen – to record a flying lap immediately after the 11-minute delay as clouds hovered over the Mountain.

McLaughlin promptly went to the top, with Waters following him across the line just 0.0021 slower.

Van Gisbergen went to the top soon after making his way back out onto track, only for Holdsworth to edge him by a mere hundredth – going within a whisker of sneaking into the 2:03s.

Rain did eventually come, about three minutes from the end, to scupper the hopes of any late runners.

Percat was the big winner out of that, hanging onto 10th, with Bryce Fullwood just missing out.

“I was looking forward to that last run, but the gear position sensor was broken, so on my outlap it was rolling to a stop and all sorts. We’re lucky.”