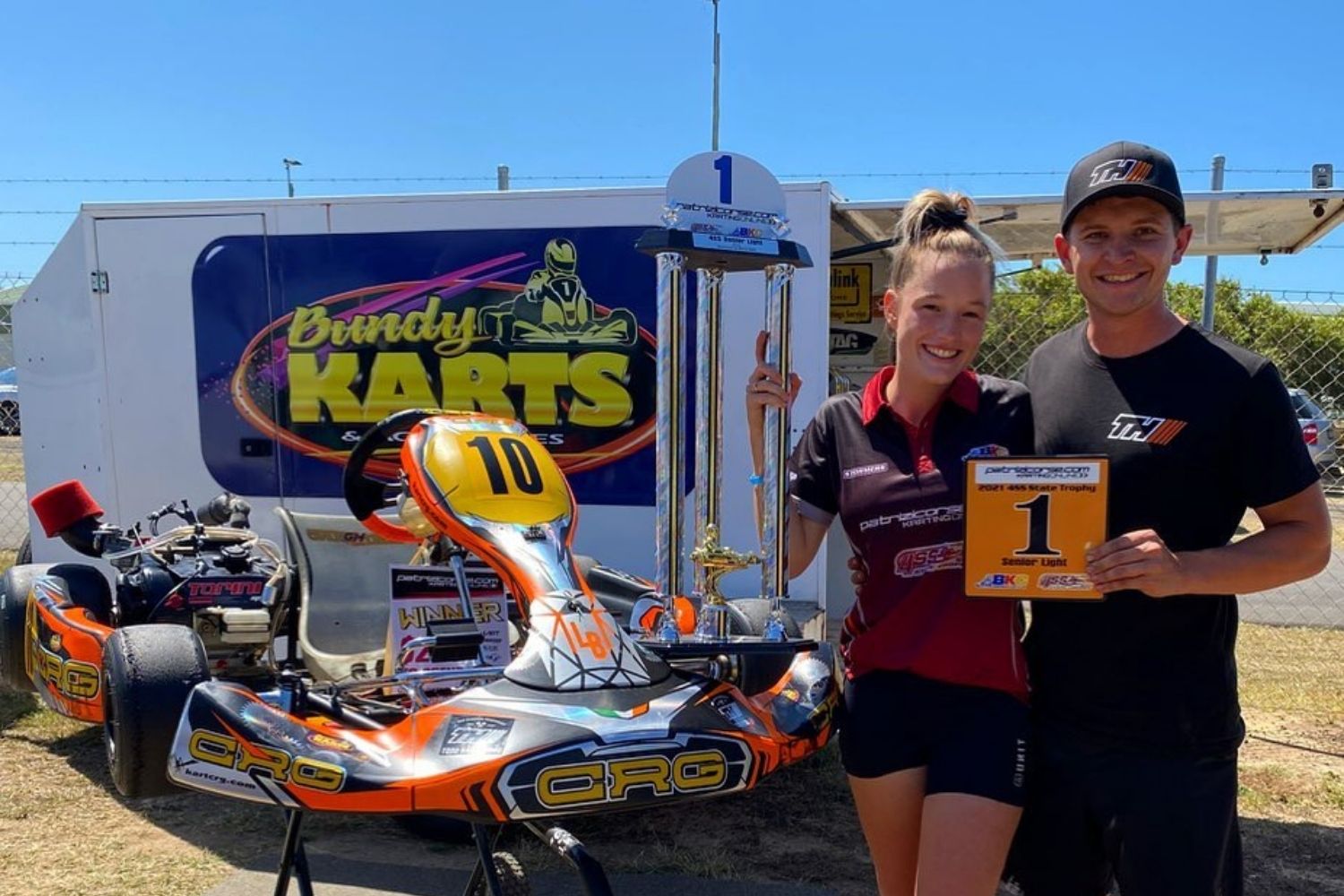 Todd Hazelwood has shared his "proud" moment for partner Alice Litzow, who claimed her first go-karting state championship at the weekend.

Litzow competed in the Queensland State Championship in Bundaberg on Sunday, and clean swept the weekend in the 4SS Senior Light category.

She topped qualifying and all heat races before taking out the finale.

Litzow led every lap of the race in North Queensland, and was supported by her family and Hazelwood.

The Brad Jones Racing driver formed part of Litzow's pit crew for the event, and shared his excitement on his social media accounts.

Hazelwood and Litzow often spend weekends together at go-kart tracks.

She also shared her elation for the achievement, holding her trophy and orange championship number plate.

Hazelwood has been living in Bundaberg since the Townsville doubleheader in July.

The BJR driver decided not to return home to Melbourne due to the state's escalating COVID situation.

The 25-year-old took ownership of a CRG Australia KT2 125cc kart in June, using it to remain sharp during the break between Repco Supercars Championship events.

Hazelwood is 14th in the standings with six top 10 finishes from 19 starts.