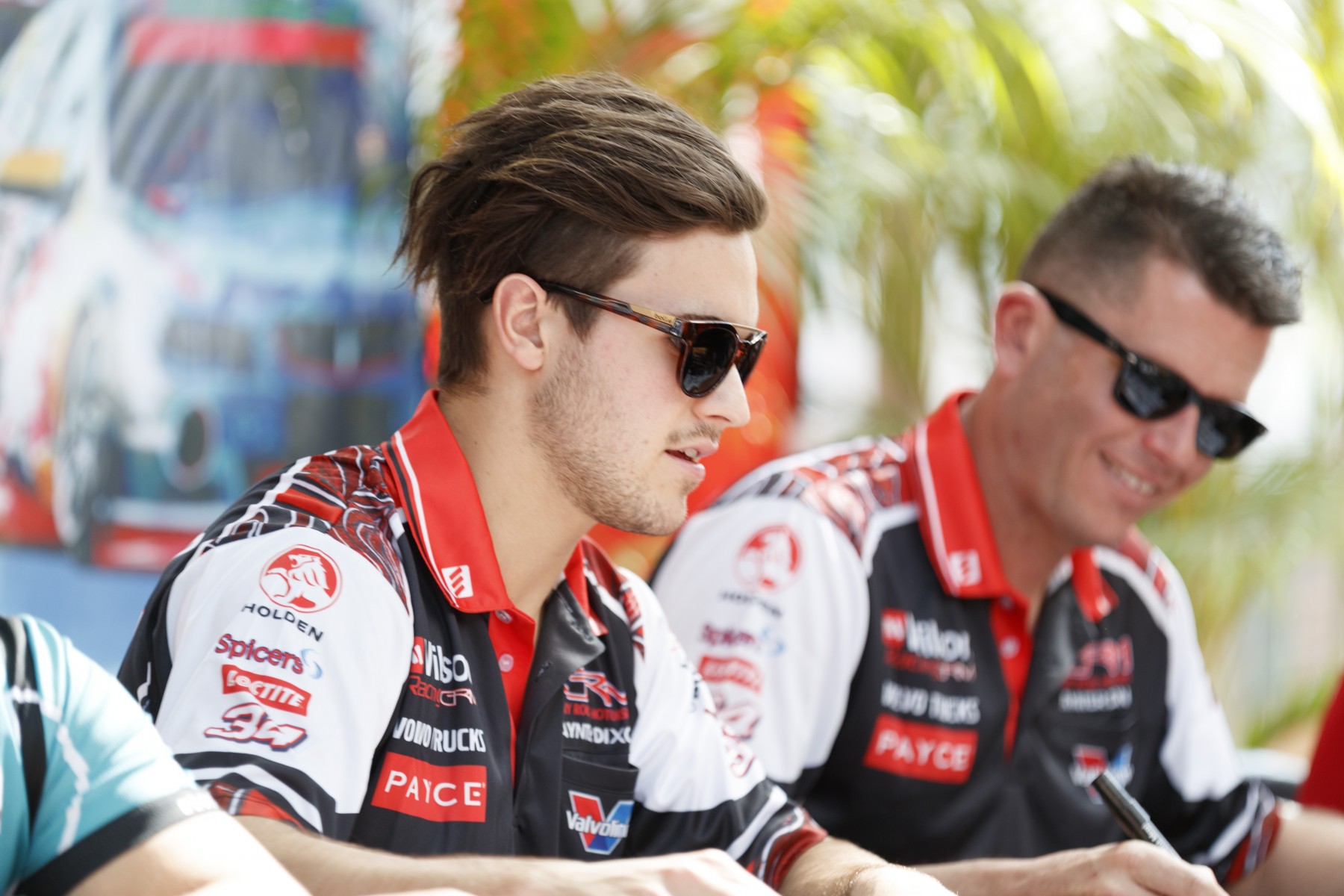 Garry Rogers Motorsport has declared intentions to retain its youth-and-experience line-up of Garth Tander and James Golding for 2019.

A breeding ground for Supercars talent, GRM has changed at least one of its drivers every year since 2011, but is aiming for stability for next season.

Tander joined the team at the start of 2017 on a two-year deal and, although an extension is yet to be agreed, the veteran is expected to stay on.

Golding is a long-time Garry Rogers protégé and, despite a tough rookie season to date, continues to have the backing of the Melbourne-based outfit.

The 22-year-old currently sits at the foot of the points table with a best race finish of 17th, achieved at Albert Park in March.

“Bieber [Golding] is part of our bigger-picture. The plan certainly is for him to continue on next year, alongside Garth,” Barry Rogers told Supercars.com.

“At this particular moment I think it’d be the first time in a lot of years that we’ll have the same drivers for two years in a row.

“It’ll be nice to have that stability. We don’t want to get too comfortable, but I can’t see any changes in either car.” 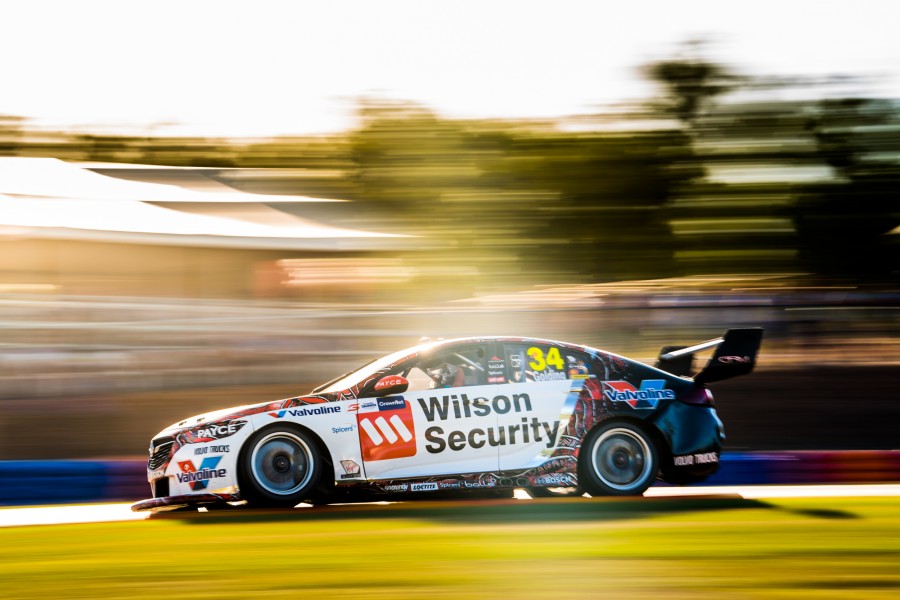 Qualifying has been Golding’s biggest battle, with his average grid position of 21.6 ahead only of fellow rookie Todd Hazelwood.

Tander, however, has also largely struggled for one-lap pace, with his average of 14.9 the 18th best of the 26-car grid, which Rogers says should be taken into account when rating the rookie.

“We watch [Golding] closer than anyone, and among those rookies there's been a number of times when he’s led the way in terms of race-pace or passing,” said Rogers.

“But he just hasn’t had that breakthrough result that others have, like Jack Le Brocq at Symmons Plains, Richie Stanaway at Winton or Anton De Pasquale, who’s done a tremendous job.

“With James, it all starts with qualifying and as a team if we can improve that and he rides on the back of that, I think he’ll be in amongst the battle.

“He certainly doesn’t lack in ability, but if you’re starting 22nd or 24th or whatever, a driver without the experience of a [Craig] Lowndes or Tander, isn’t going to drive through the field.

“But put him in amongst it, he can certainly hold his own, there’s no doubt.

“He’s spent quite a bit of time racing around those rookies and I’d say he’s passed more of them than they’ve passed him once they’re in the battle.

“At this stage I’d say he’s doing as good as the equipment he’s got to do it with.” 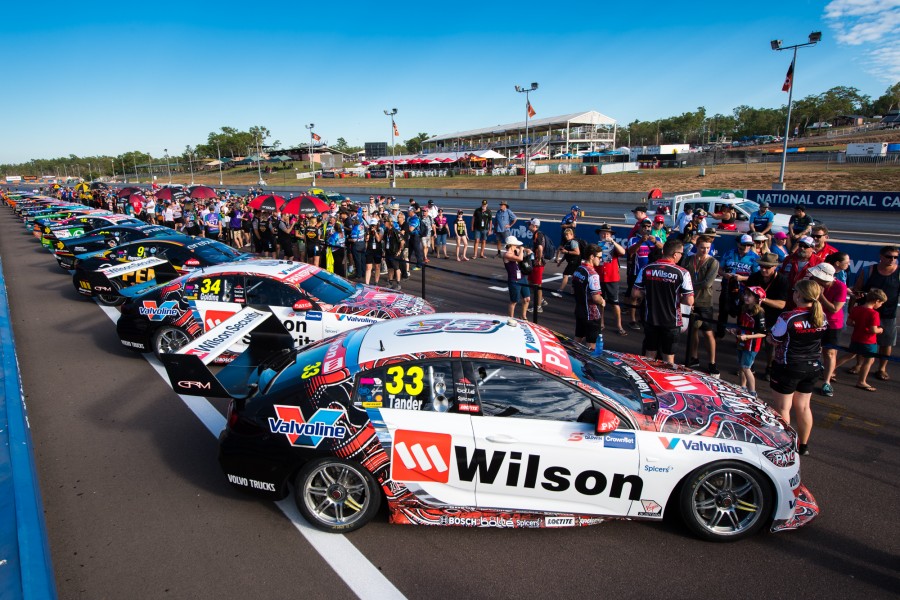 While qualifying has also been difficult for Tander, the 41-year-old enjoyed somewhat of a breakthrough at Hidden Valley, with a sixth-place grid slot on Sunday his best of the season.

He sits 13th in the standings and, according to Rogers, has delivered for the team both on- and off-track since his 2017 return – 13 years after leaving for a lengthy stint at Walkinshaw Racing.

“When Garth was here 20-odd years ago he was out to beat the world and he’s obviously had an unbelievable career since then,” he said.

“But the attitude that he’s had since he rejoined the team has been fantastic.

“He’s a real leader of the group, there’s no division, he’s doing everything he possibly can to bring on Bieber as quickly as he can. He’s really embraced the whole situation.”