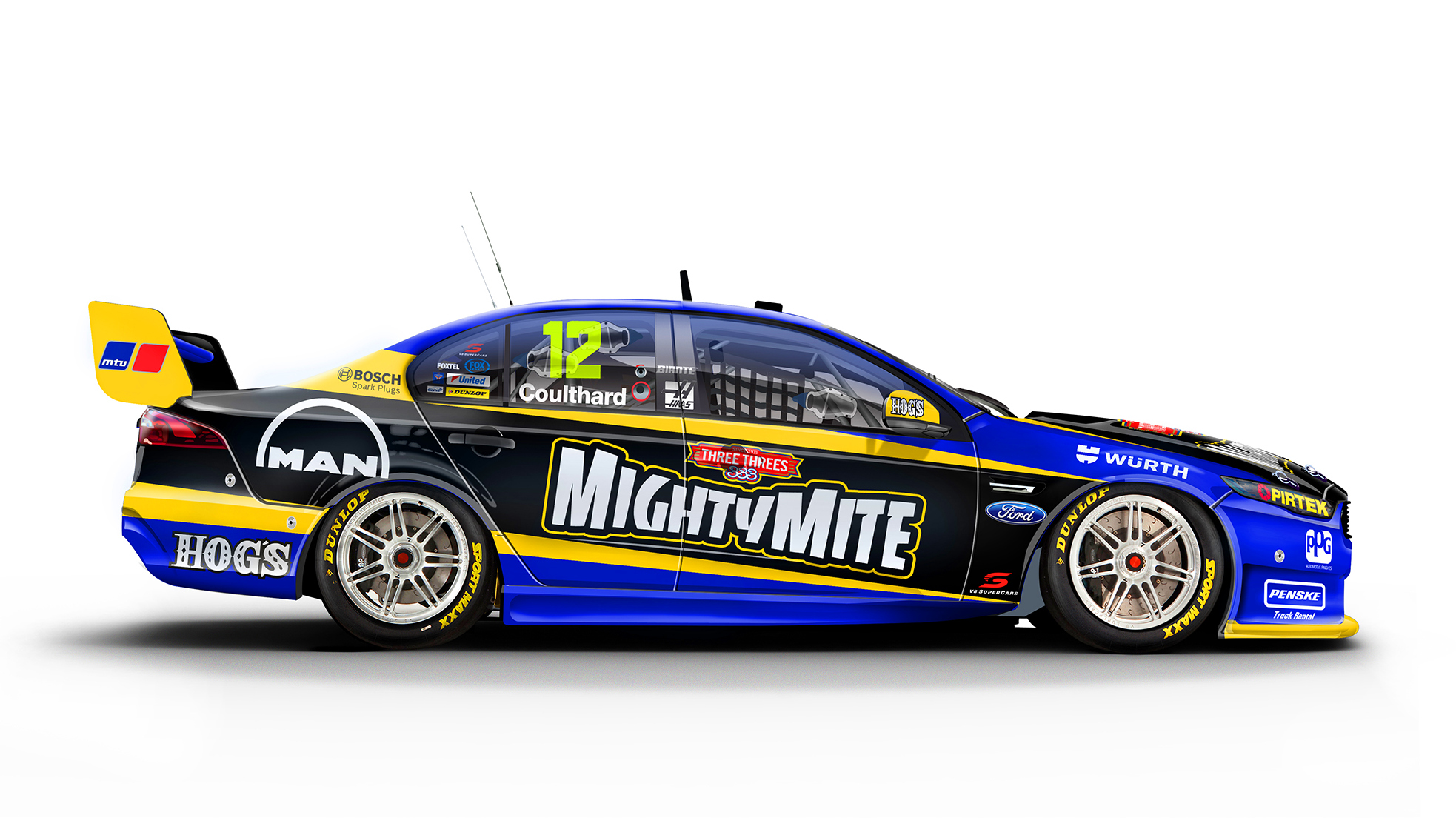 The popular spread is one of the brands produced by Three Threes, one of Australia’s most established food manufacturing businesses.

The privately Australian owned Three Threes Company is synonymous with spreads and sauces in Australia, and will celebrate 100 years in business later this decade. In the highly competitive supermarket environment, Three Threes sees the V8 Supercars category as a great way of highlighting its ‘Fuel 4 Fun’ positioning. 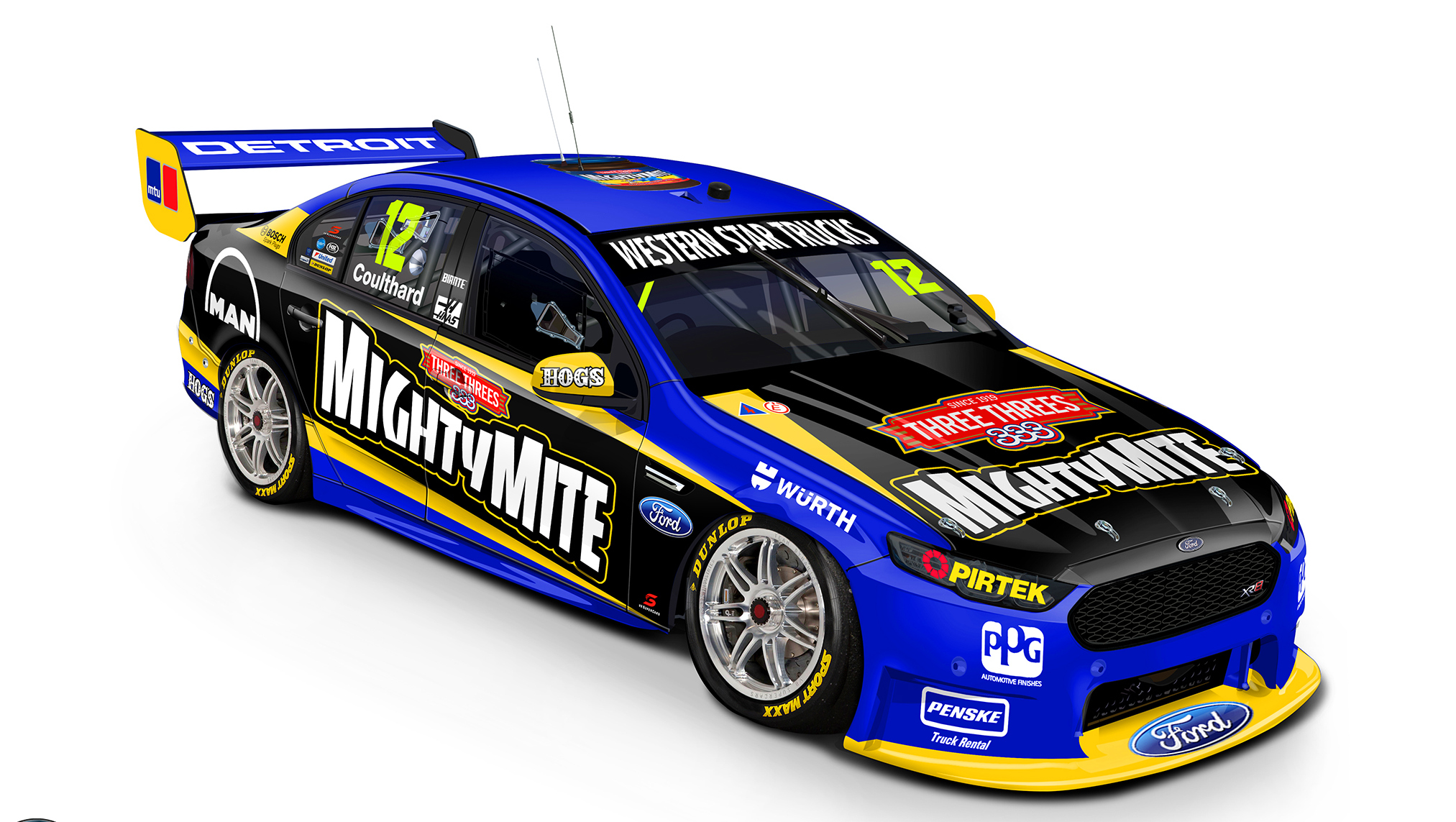 Launching the new livery, Dick Johnson said: “Our team shares very similar values with the owners of the MightyMite product. Both companies have worked very hard over many years to gain success in their chosen field.

“The Three Threes Company is a fifth-generation family business and it’s fully Australian owned. They take pride in the quality of their food products and the ‘Fuel 4 Fun’ theme used for MightyMite is a perfect fit for our team in the V8 Supercars Championship.

“To have the DJR Team Penske Fords in full MightyMite livery brings the brand closer to the broad V8 Supercars fan base.” 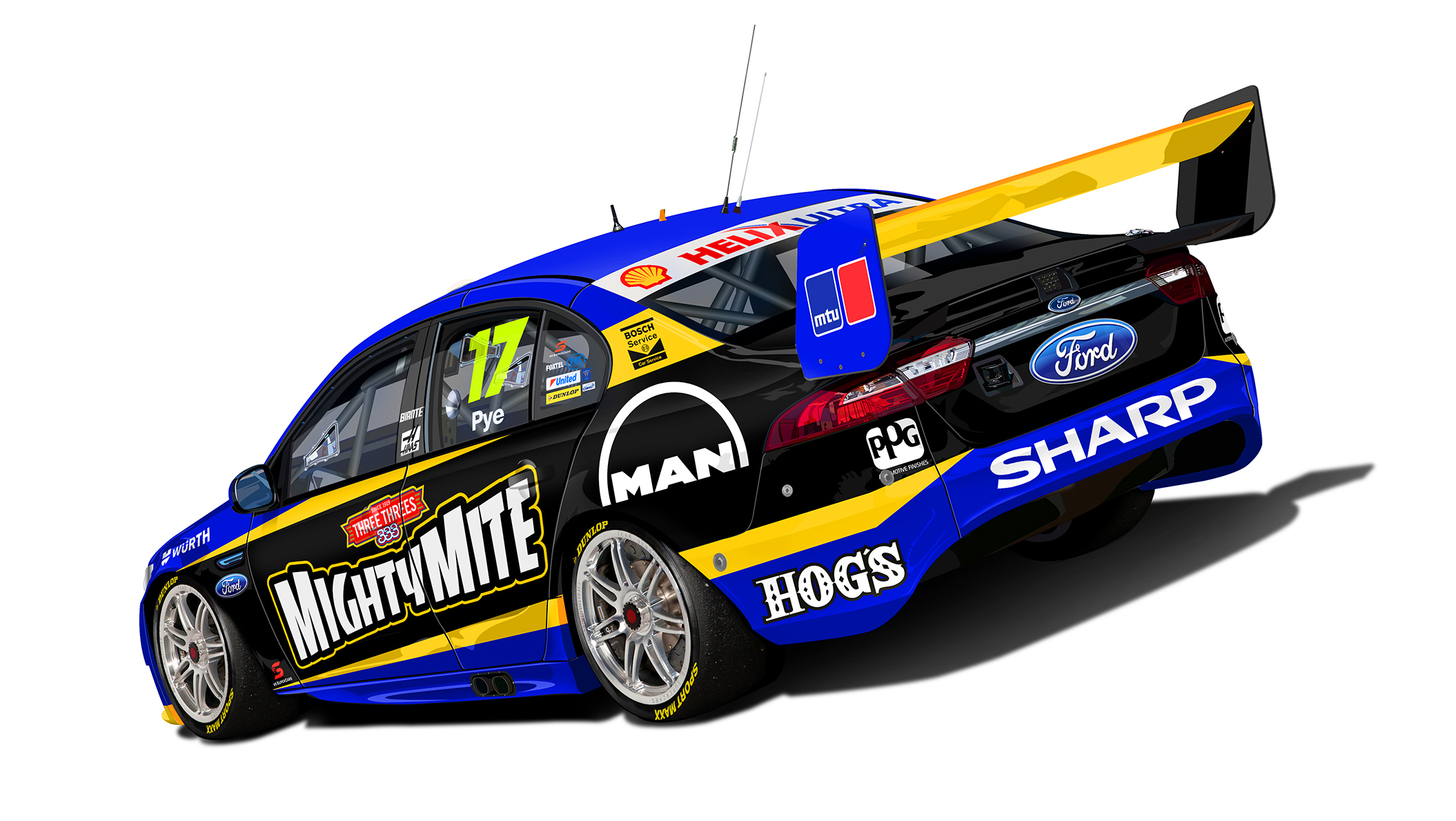 “Our marketing strategy for MightyMite has focused on action sports.

“V8 Supercars is a great platform for the brand and the team at DJR Team Penske has really embraced how we want to promote MightyMite.

“The uniquely Australian image of the brand and our ‘Fuel 4 Fun’ signature will be a major push this year.

"Although the MightyMite brand has been featured before on both the DJR Team Penske cars, to have the full livery package at Winton will be a highlight of the Championship and our marketing strategy.”

MightyMite has also partnered up with Winton Motor Raceway and is providing sampling of the MightyMite product at the driver signing sessions in Benalla and Wangaratta prior to the event.

Lessons at the front of the field

Keep a lid on it