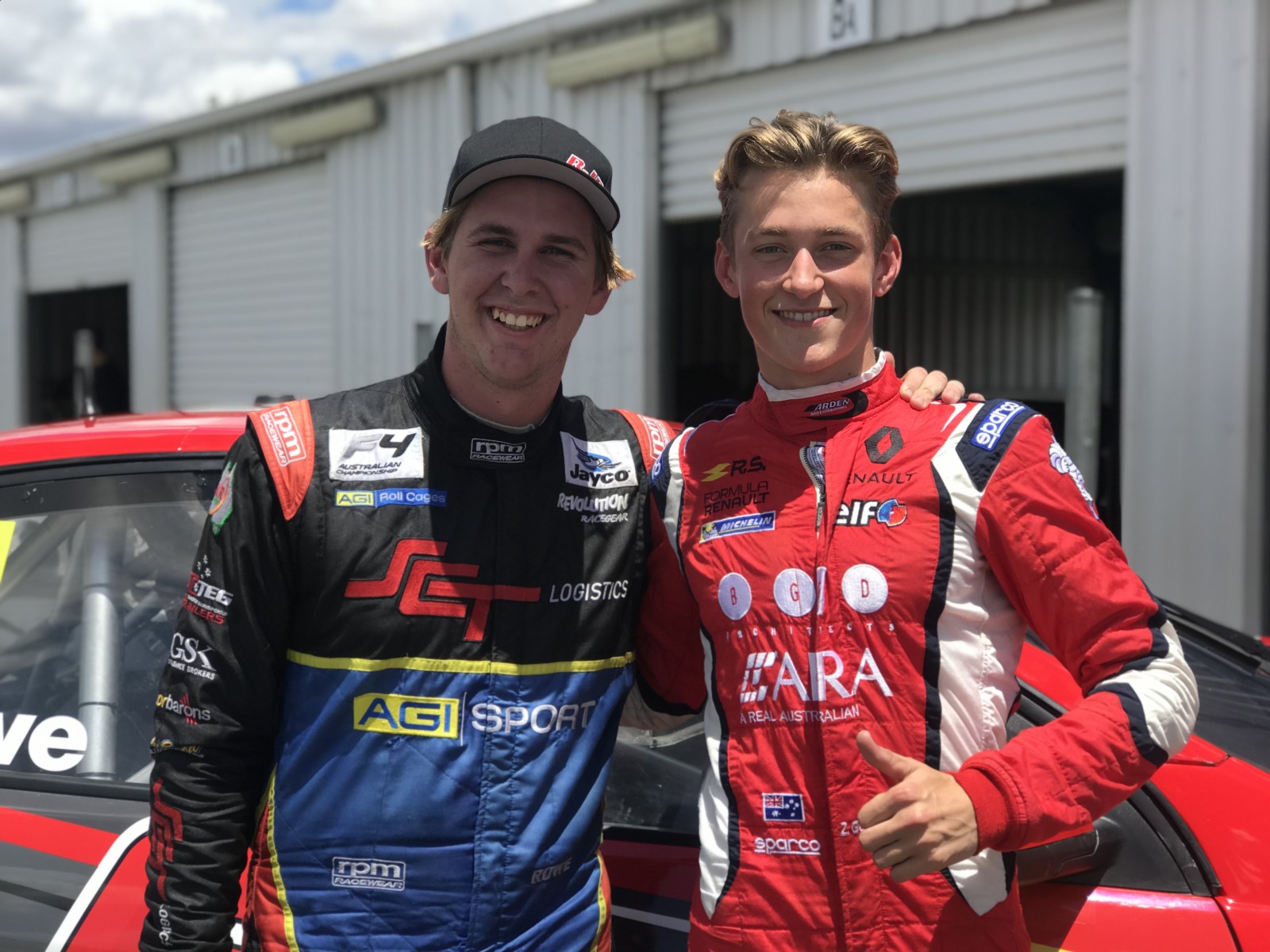 Australian Formula 4 champion Nick Rowe has turned his first laps in a Supercar, in his prize test with Brad Jones Racing at Winton.

Rowe was one of five drivers to join BJR in an Evaluation Day to close out the year, today’s running following its final test of 2017 at the Victorian circuit on Tuesday.

“I can’t believe how much power the Supercars have,” Rowe, left above with Goddard, said.

“I got told they wouldn’t turn like I wanted, but it did. It’s a lot of fun.

“That first session when I went out, I put the foot down and lit it up like you wouldn’t believe. It was awesome.

“There is a total different technique behind driving a Supercar. It was an eye-opening experience.

“The biggest difference between these and the F4 cars is the right foot braking.

“I ran off the road once during the day. I was pushing a little harder and the track was getting quite hot, it was hectic.

“There’s a lot to get right. You have to control the throttle a lot more, but in saying that these cars have really good power to get you out of a spot if you make a little mistake.”

Rowe has some experience in tin-tops, having contested a number of sportscar races with MARC Cars Australia in 2015 and ’16.

“I worked with engineer Paul Forgie [today], who I’ve previously worked with in the MARC, so it was good to have him there for support as he knows these cars really well,” he said.

“We’ve been chipping away at the times all day. We were a second off at the start, and got a bit closer as the day went on.

“It was such a great experience, thanks to Brad and the team for making it happen.”

Goddard has spent the 2016 and ’17 seasons racing abroad, in British Formula Ford, the MRF Challenge in India and then Formula Renault 2.0 Eurocup.

“There is a lot more power in these cars, which is good fun. You’ll never complain about that as a racing car driver,” the 18-year-old said.

“I didn’t quite know exactly what to expect coming into the test days.

“The Supercar had better handling than I expected, as I thought it would be quite heavy and slow to change direction, but it was a pleasant surprise as to how good it was.”

BJR Super2 drivers Macauley Jones and Jack Smith spent the day in the main game entries raced by Nick Percat and Tim Slade, while Bryce Fullwood joined the team for the day.

The team took the opportunity to rotate a number of its Super2 personnel through roles with its Virgin Australia Supercars Championship entries during Tuesday’s test.