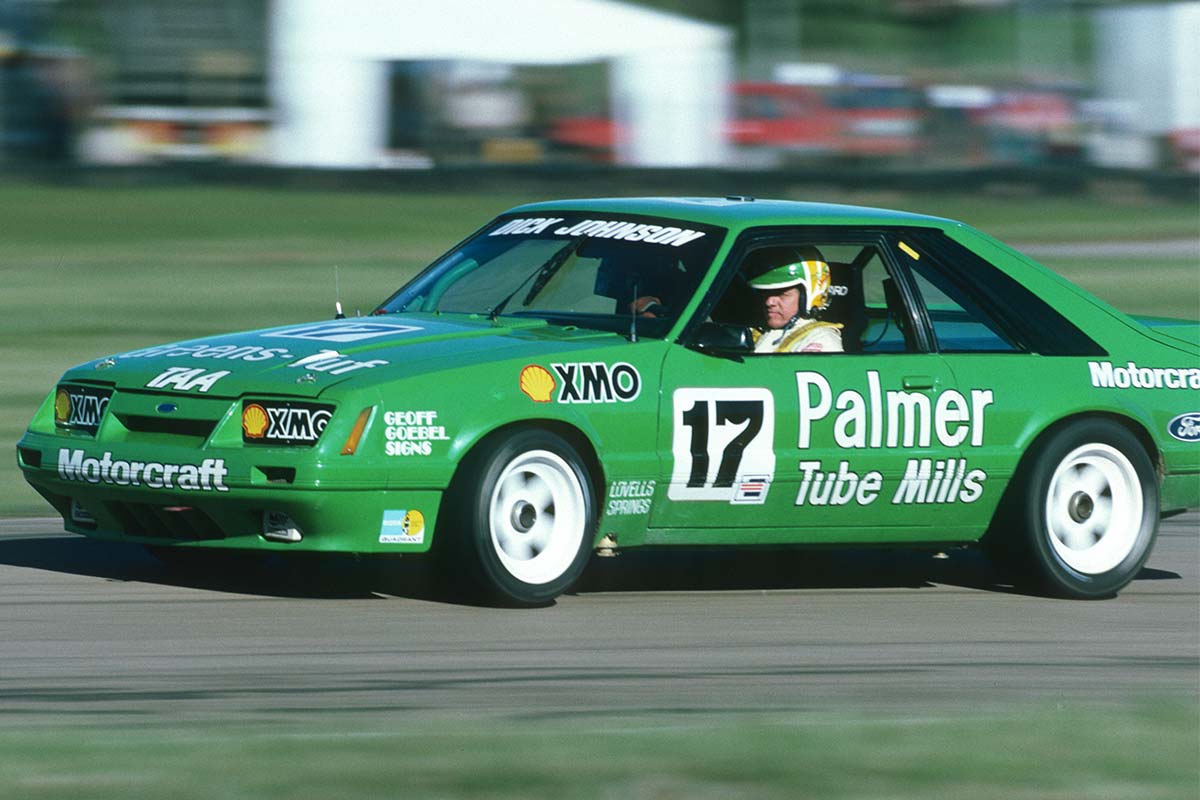 It was a gift that demonstrated Ford Australia's esteem for one of its biggest racing names – and now Dick Johnson has revealed the touching gesture that landed one of his old race cars back into his care, for no charge at all.

While DJR Team Penske now races the modern Supercars-version of the Mustang GT, in 1985 and 1986 the Queensland-based Johnson team ran a Group A version Mustang when Australia adopted international rules for its domestic touring car series.

Come the turn of the millennium, Johnson's team was back racing Falcons, while several cars from his team's racing history graced the foyer of its headquarters in Stapylton.

The only model missing from the line-up of Falcons and Sierras was one of his green Mustangs and Johnson has now explained how it found its way back into his collection.

Johnson has been working with publisher V8 Sleuth for content on a new collector’s edition book soon to be released documenting the history of DJR/DJR Team Penske’s race cars and he has revealed that the Mustang was returned to him for exactly $0.

"Because we had the other cars here – the XD, XE, the Sierra and that – (Howard) said 'I think we need to get that car back.

"So he went and bought it for us; I have no idea what they paid for it." 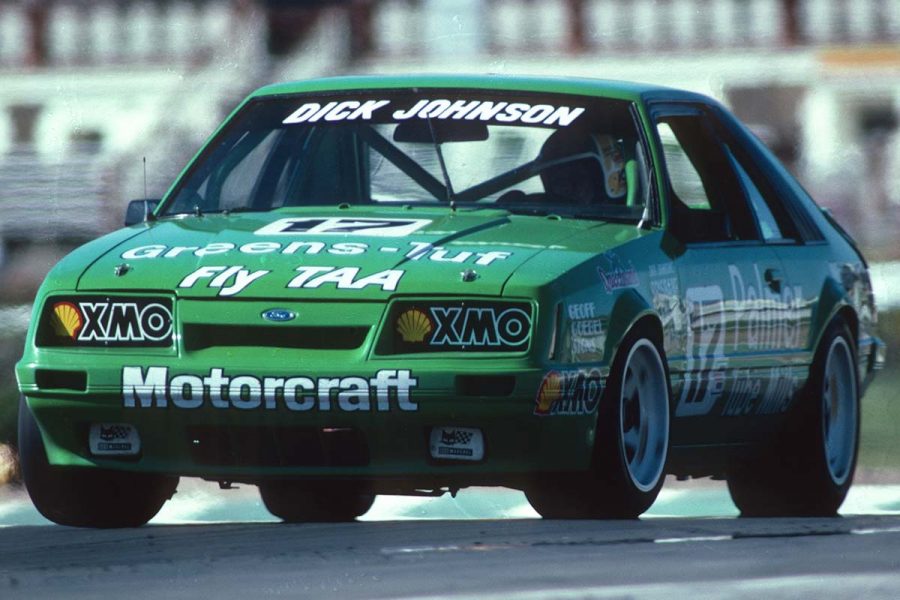 Despite its minimal racing success, the car in question was a significant one in DJR's history.

Neither of his two Group A-spec Mustangs posted a victory in Australian Touring Car Championship races, but Johnson piloted this particular car to a win in the touring car support race at the inaugural Formula 1 Australian Grand Prix at Adelaide in 1985 (pictured above).

The win couldn't have come at a better time.

"That was a race where we had just pitched this big deal to Shell," Johnson explained.

"John Rowe, who used to run Shell in Ireland, was coming home to run the retail sector of Shell Australia. He was into motorsport, and we had a proposal in with him.

"All the big wigs of Shell were there because of the F1, but I'm leading the touring car race in the Mustang.

"John's over the fence waving his hat and cheering me on like you wouldn't believe, because he had to present our proposal to the board.

"That win was pivotal, it really cemented the deal for us. The car only won one race, but it was the best one we could've won."

After Johnson moved to race Ford Sierras for 1987, the winning Mustang spent the rest of its racing days in Western Australia before Ford's gracious gift.

The car joined the exhibits in the foyer at DJR’s Stapylton headquarters, remaining among Johnson's collection until it was sold to the Bowden family in 2006.

16/01/2020
Stay In The Know
Sign up to the Virgin Australia Supercars Championship Newsletter
We use cookies to ensure that we give you the best experience on our website. If you continue to use this site we will assume that you are happy with it.Ok