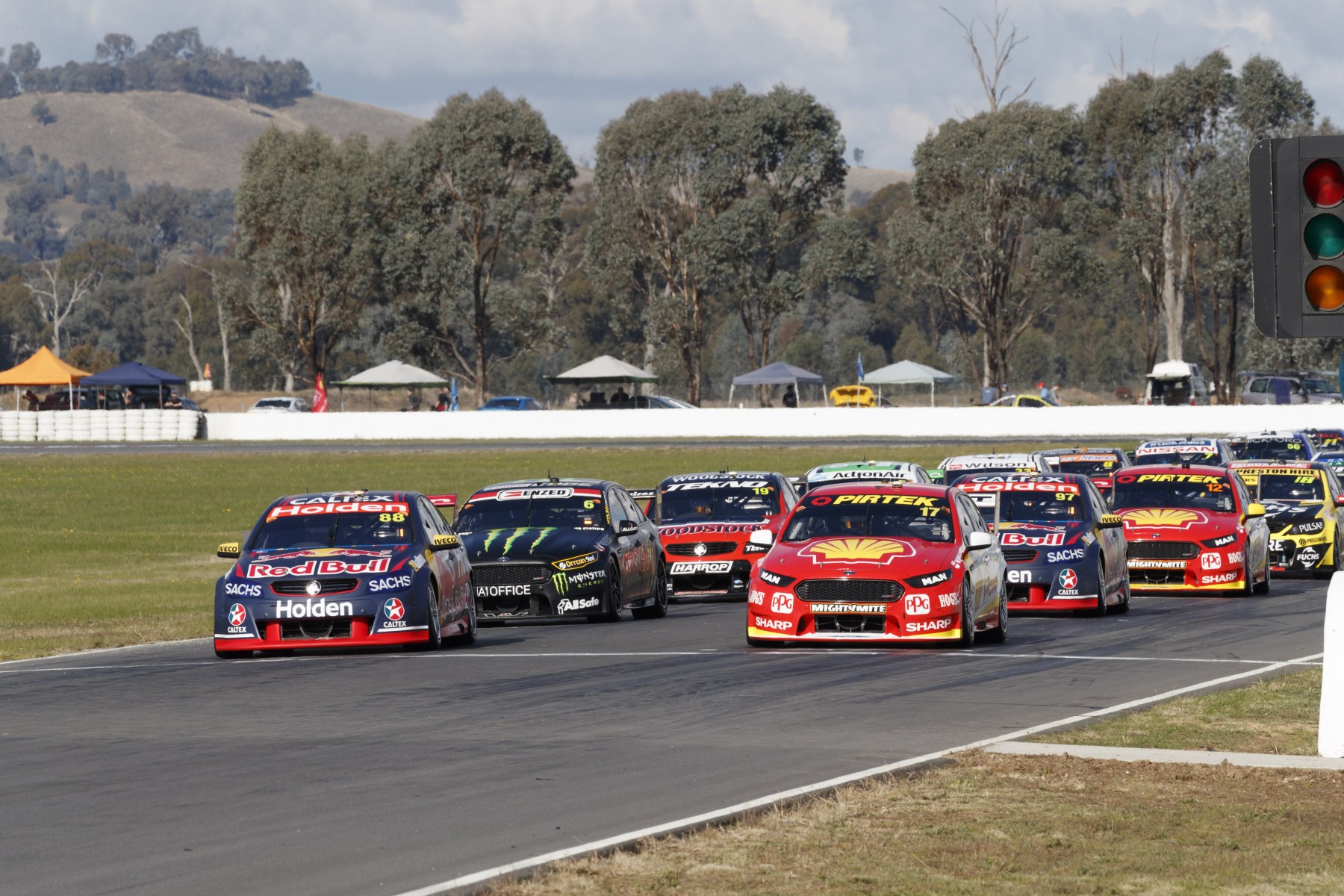 Supercars.com's Stefan Bartholomaeus takes a look at the biggest talking points from the Winton SuperSprint.

After Shell V-Power’s steamroller performance at Barbagallo, the fightback from Red Bull was undoubtedly the biggest storyline of the Winton weekend.

Scott McLaughlin again had the edge in qualifying, but the race pace between the two squads was line-ball, ensuring two enthralling contests.

What shone through on Sunday was the race craft of Shane van Gisbergen, who pulled a critical move on McLaughlin early before out-foxing both Jamie Whincup and Fabian Coulthard at the end.

While Prodrive again showed that it will be a factor throughout the season with flashes of speed across three cars, its inconsistency makes a four-way title fight look increasingly inevitable. 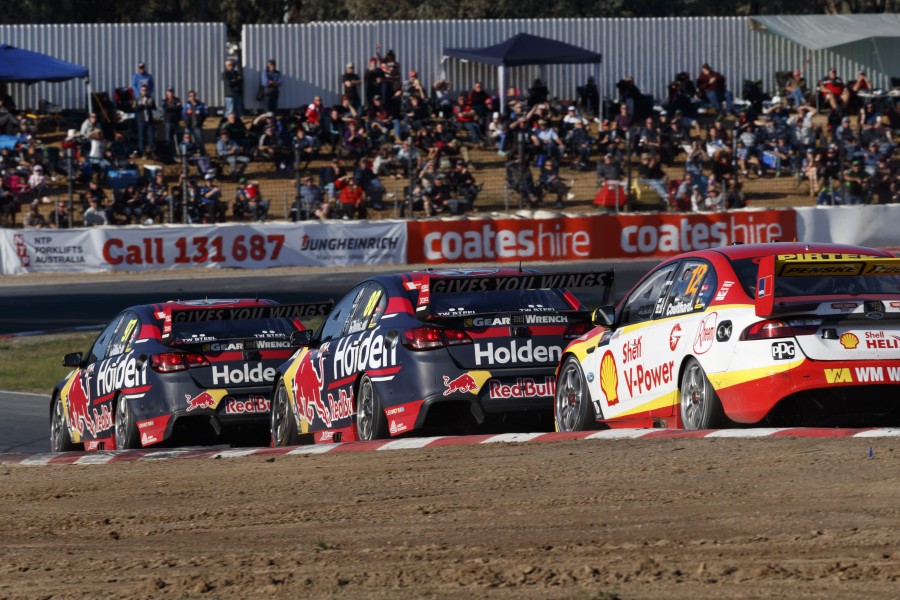 After two weekends where nursing tyres was the order of the day, the low-degradation nature of the current Winton surface made for some terrific racing.

The door-to-door combat seen towards the end of Race 9 and in various stages of Race 10 was Supercars racing at its absolute finest.

Winton also proved another reminder of the virtues of the current SuperSprint format, which provides a mix of sprint action and strategic variables.

Granted, the late Safety Car added to the show at the end of Sunday’s race. Considering the close nature of the racing and sodden outfields, it’s amazing one wasn’t required sooner. 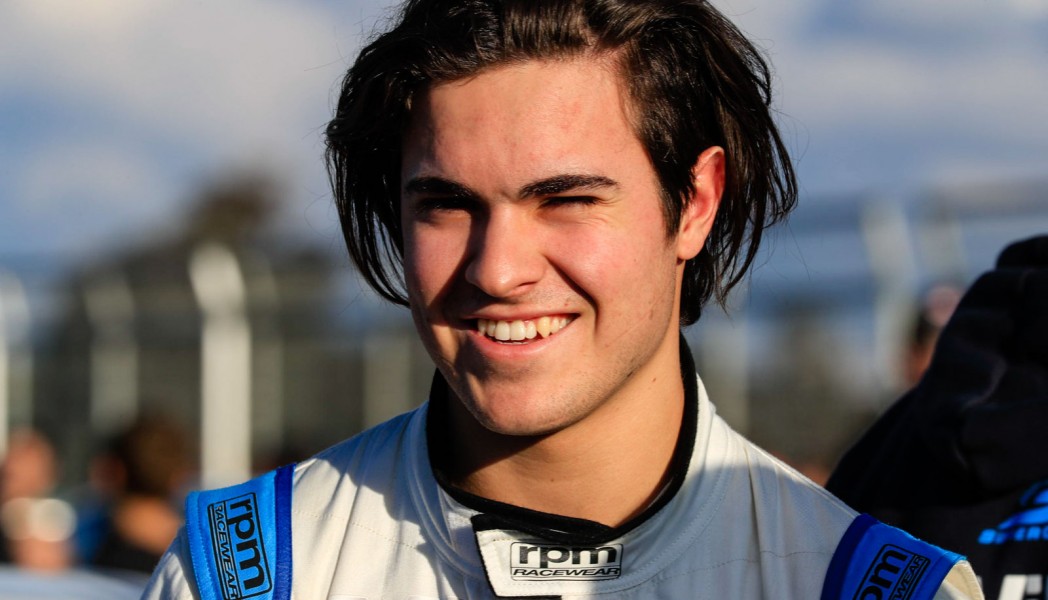 The three wildcards provided extra interest at Winton and proved unafraid to ruffle feathers amongst the full-timers.

James Golding was the most impressive. With no racing miles for six months, no test day and Friday practice rained out, the odds were stacked against the GRM driver.

Qualifying 18th and finishing 16th on Saturday was a fine performance and did the youngster no harm in his quest for a full-time drive with GRM next season.

Macauley Jones also impressed with two top 20 qualifying performances, while Shae Davies raced hard and split Jones and Golding in qualifying and the race on Sunday. 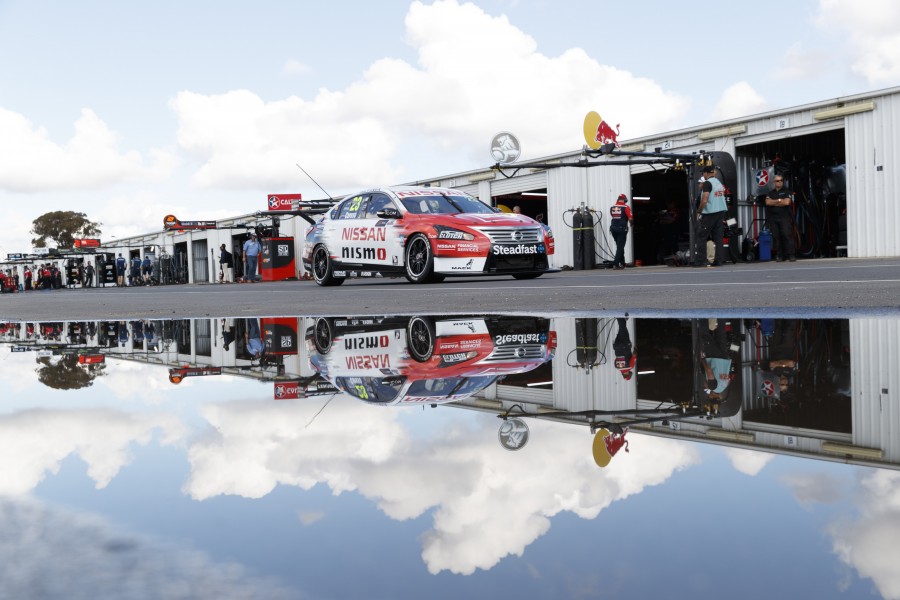 Mobil 1 HSV Racing’s turmoil continued at Winton, where it failed to put either car in the top 20 on the grid for either race.

But they’re certainly not the only underperformers, with Nissan also struggling at a circuit that emphasises chassis performance over engine.

The lack of car speed was compounded by pitstop mistakes and more Nissan-to-Nissan contact, which is proving to be an alarmingly regular occurrence.

Perhaps the biggest disappointment of the weekend though was Brad Jones Racing which, after dominating in 2016, didn’t have the pace to match the front-runners this time around. 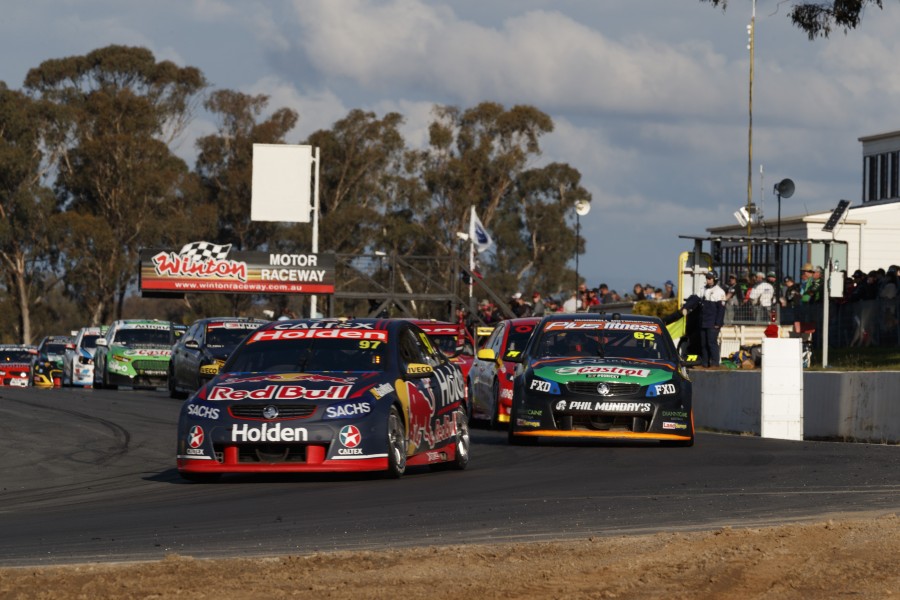 Mark Winterbottom’s awkward moment with Alex Rullo at the final restart raised the debate over how lapped cars should be treated at restarts.

While those two or more laps down must restart at the back of the field, those one lap adrift are only required to let others through ‘as soon as it is safe to do so’.

Especially in races where pit strategy plays a part, changing the rules to force anyone who is one-lap down to the back would surely be an over-reaction.

But with Rullo having no real chance of un-lapping himself and only racing team-mate Taz Douglas, LDM may have been wise to pull the teenager out of the field on this occasion.

23/05/2017
Stay In The Know
Sign up to the Virgin Australia Supercars Championship Newsletter
We use cookies to ensure that we give you the best experience on our website. If you continue to use this site we will assume that you are happy with it.Ok