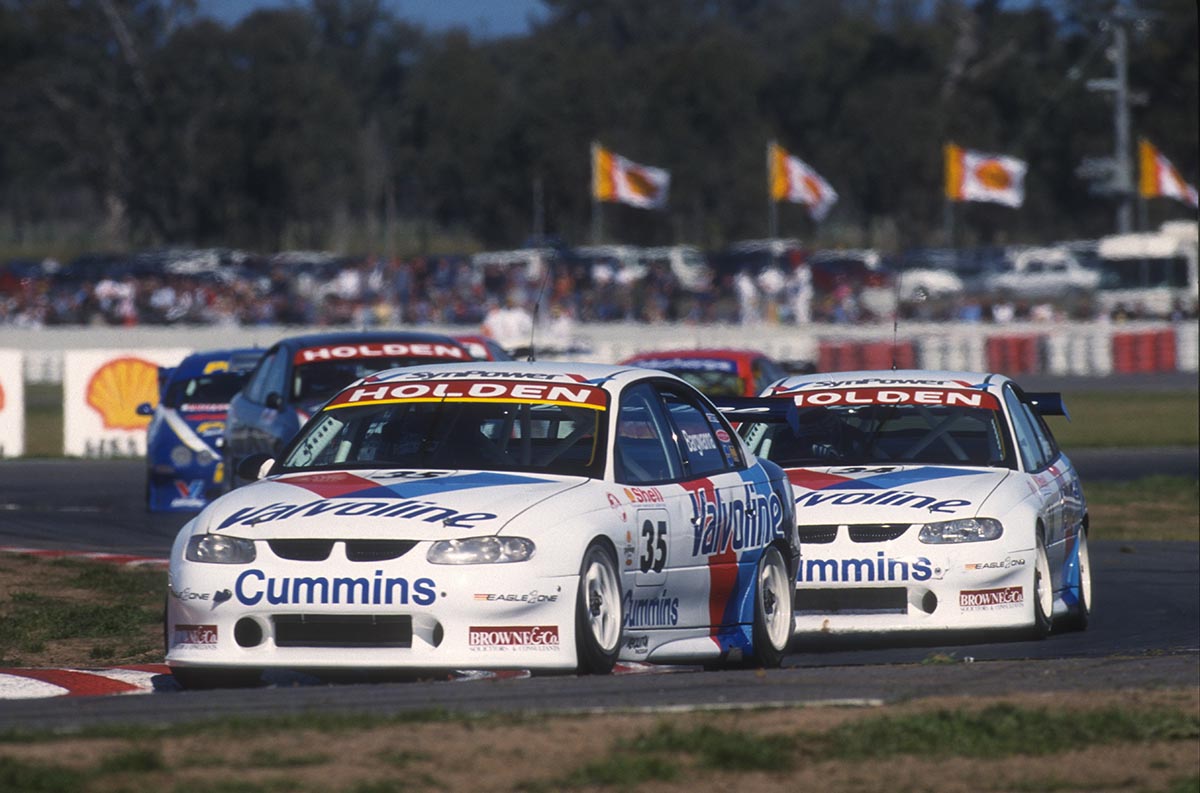 The first Garry Rogers Motorsport-built Holden Commodore V8 Supercar has returned to the track after being restored to its original race livery.

The Valvoline Cummins-liveried Commodore VT – GRM VT01 – was the first in-house built Supercar from GRM’s Melbourne workshop in 1999 after the team had previously purchased cars from Gibson Motorsport and the Holden Racing Team.

Raced by Jason Bargwanna in 1999 and 2000 for the team as its #35 entry, it won the Winton round of the championship in both years with Bargwanna at the wheel.

The car was the team’s second entry for the endurance races in those years, finishing ninth at Bathurst in ’99 with rookies Greg Ritter and Steve Owen at the wheel.

Leanne Tander (then Ferrier) ran the car in 2001 in the Super2 Series, finishing on the podium at Wakefield Park to become the first and, so far only, woman to finish on a podium in a Supercars event.

Tander drove the car with Paul Dumbrell in the 2002 endurance races before it was purchased by Mal Rose and entered in the Malaysian 12 Hour at Sepang five years later. 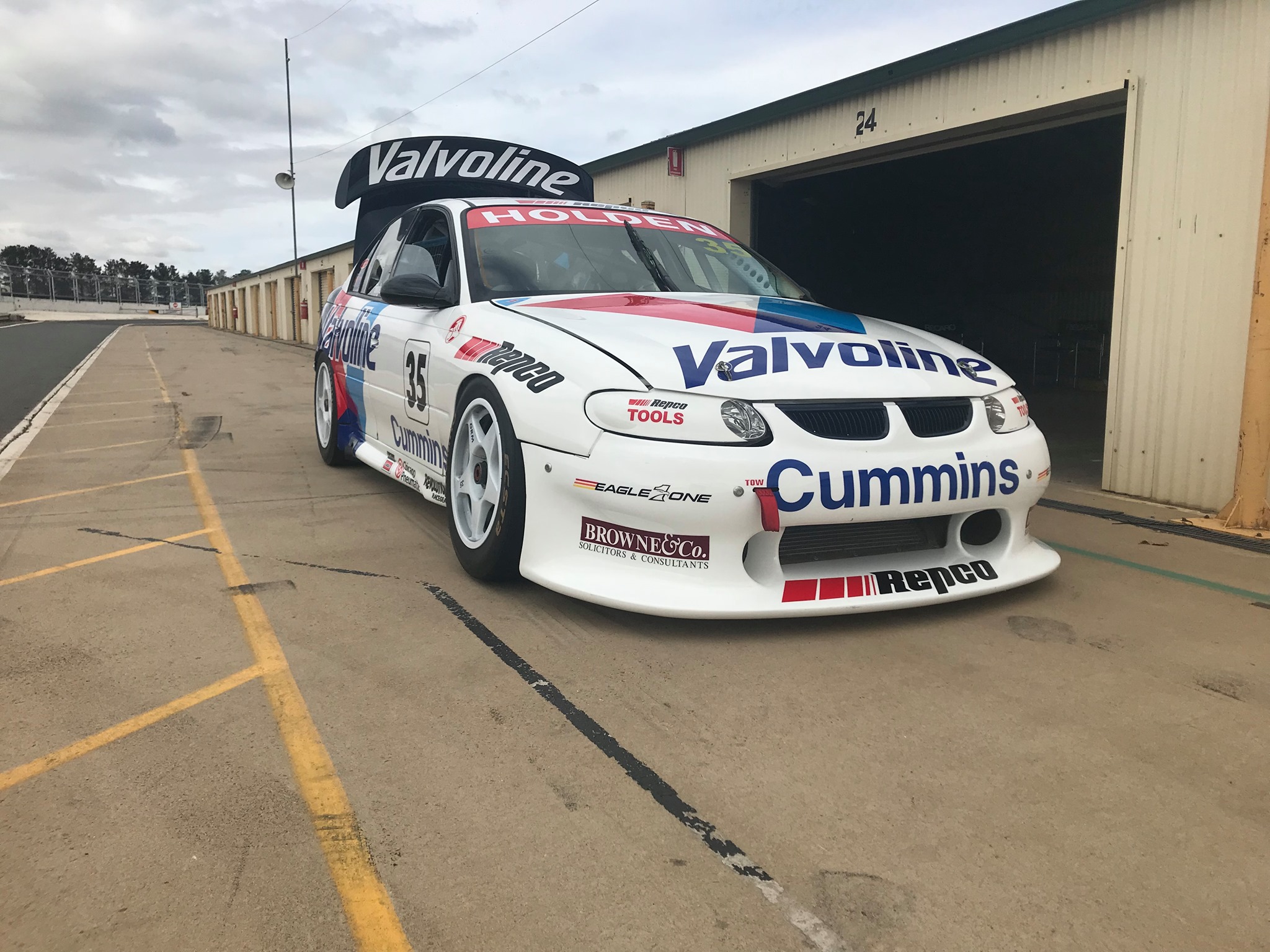 Historic motorsport figure Ed Singleton purchased the car in April 2018 and since then has had it restored to its Bargwanna GRM livery.

“I purchased it in 2018 fully disassembled and John Ramage of JR Race Engineering undertook the 12-month restoration with contributions from GRM, who rebuilt the engine and gearbox, Glenn Alderson did the body and paint and Rod Andrews recreated the period livery,” says Singleton.

“David Gardner introduced me to Mal and Mal himself has been great to deal with through the purchase and remained engaged through the rebuild.” 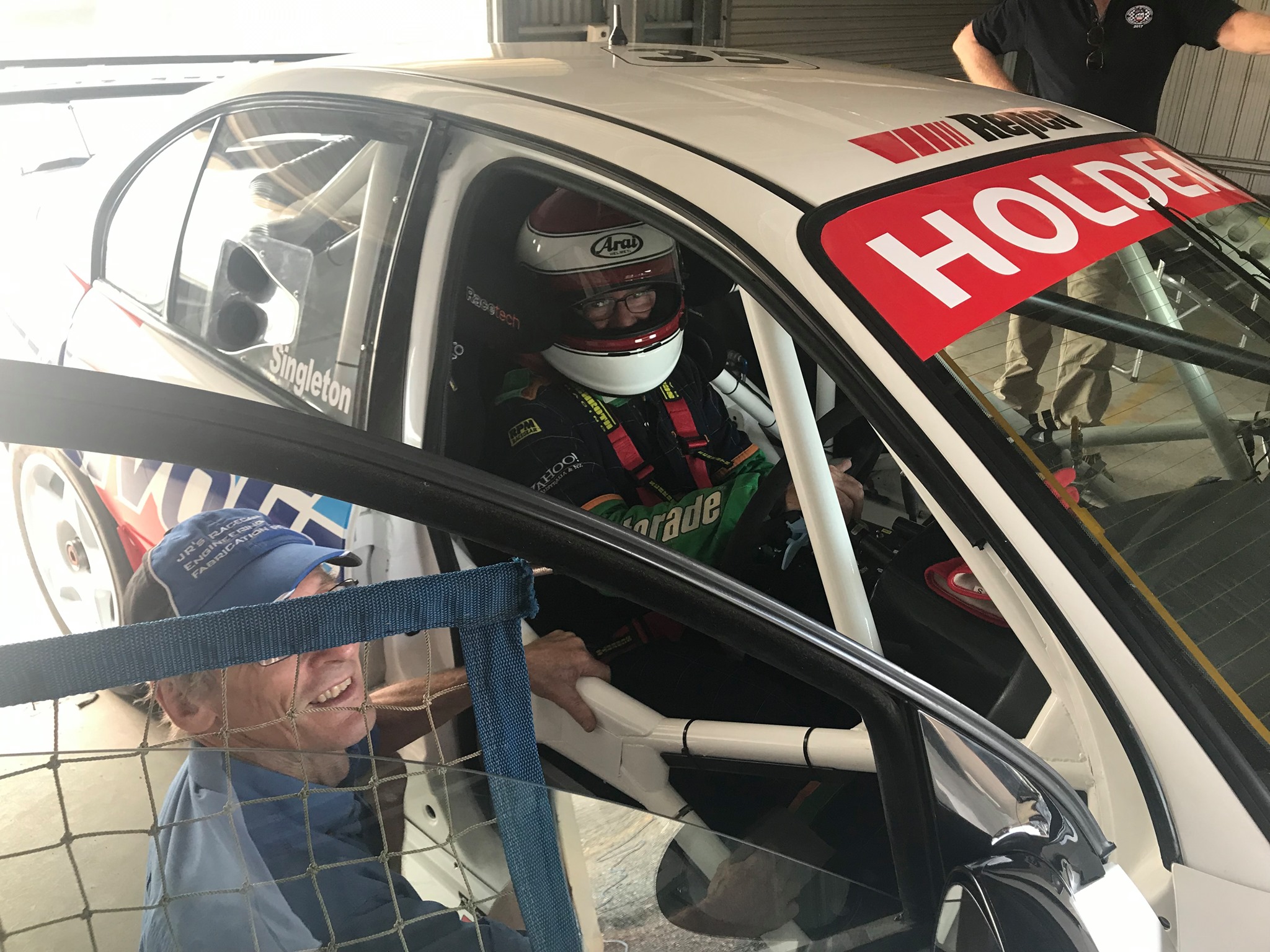 Singleton will next run the car at Phillip Island’s Historic event early in March as part of the Australian 5-Litre Touring Car Association’s Super Sprint at the annual ‘Island meeting, where a range of ex-V8 Supercars will be on track.

As for GRM’s last Commodores, given it exited Supercars at the end of 2019, the team confirmed it would add the ZB duo to its collection that also includes its Bathurst 1000-winning VT.