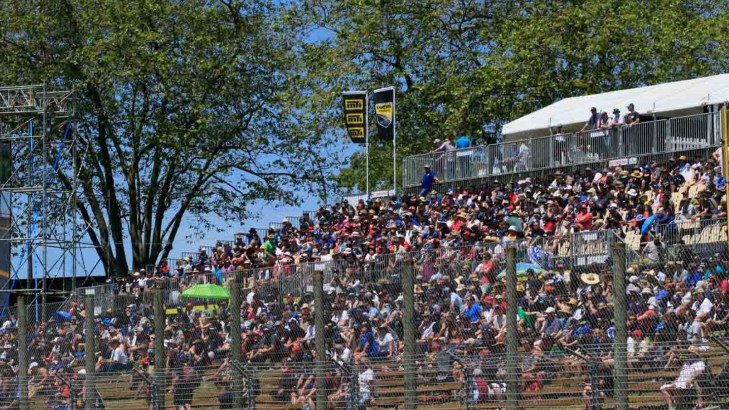 A total crowd of 116,554 people have attended this year's ITM 500 Auckland at Pukekohe Park Raceway.

V8 Supercars Chief Executive James Warburton said the attendance was up for each day of this year's three-day event. 33,451 attended on Friday, 42,978 on Saturday and 40,125 on Sunday.

"We are delighted with the increases in this year's attendance across each day of the event. It's another endorsement of V8 Supercars and the great entertainment it offers fans on and off the track," he said.

"I want to thank ATEED and all our partners, in particular ITM, for their support of this event. Our teams and drivers love coming to Pukekohe and racing at this historic circuit.

"I also want to thank the people of New Zealand who are among the most knowledgeable and passionate motor sport fans in the world. They've enjoyed great entertainment on and off the track this weekend including the True Colours Trackwalk where thousands the fans were able to get up close and personal with the drivers and their cars on the grid."

ATEED Chief Executive Brett O'Riley said: "It's been an outstanding weekend of world-class motorsport at New Zealand's spiritual home of motor racing, Pukekohe Park Raceway. V8 Supercars is a jewel in Auckland's major events crown. The on-track thrills and spills combined with brilliant weather made for a fantastic weekend of sporting entertaining. We look forward to welcoming the teams and fans back again next year."