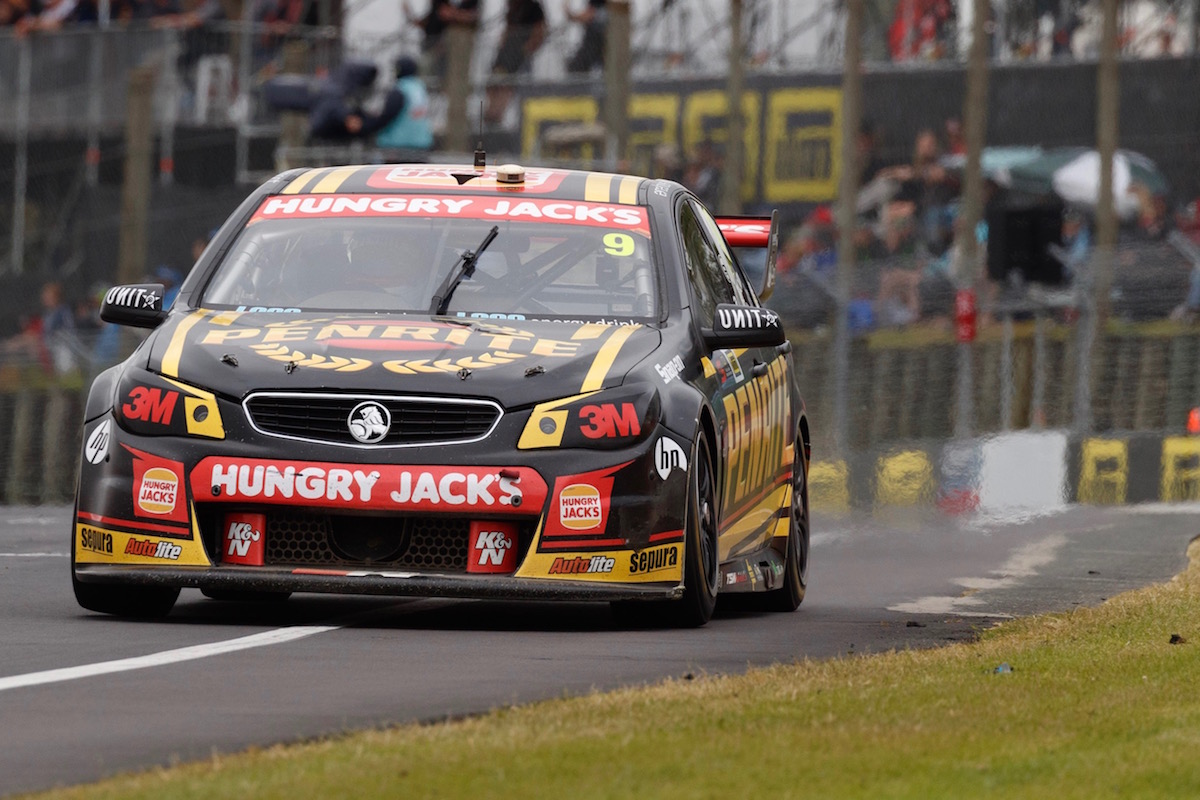 Erebus Motorsport is looking to end its first season as a Holden operation on a high after a positive test day at Winton Motor Raceway today.

Heading to a street track for the finale at Sydney Olympic Park boosts the teams hopes, after strong qualifying performances on similar circuits this year, including third at the Gold Coast and fifth in Townsville.

Rained out earlier this year, the team had one test day up its sleeve – which Erebus General Manager of Motorsport Barry Ryan described as a “blessing in disguise” after securing ex-Walkinshaw Racing engineer Alistair McVean from Bathurst onwards.

The team only completed around 40 laps today, making extensive changes throughout the day, and Ryan was quietly confident they would be in a good position for the weekend’s racing.

“We’ve been taking risks this year trying to make the car faster and we’re not going to stop now,” Ryan told supercars.com.

“We all know we’ve had a pretty hard year, but we’re actually wishing there were another couple of rounds! Coming off both days at the Gold Coast, particularly Sunday where we qualified third, with this track being pretty similar to the Gold Coast we’re excited about this weekend.

“We probably shouldn’t be thinking we need to change too much for Homebush, but we’ve got a professional driver in Dave – we can do something one practice session and something big in the next and he just deals with it.”

There was no rain in sight this time at Winton, with weather in the high 20s as they tested front geometry including uprights and steering rack.

“It was really good, everything went smooth and to plan,” Ryan said.

“Everything we did in the workshop paid off, it just made it a real smooth test day. We did about 35, 40 laps but it was all quality. Some of the changes were about two hour changes, so major revamps on a few things. It was all done in the workshop, so those changes would normally take you a day. We had it all planned well enough, so we were happy with that.

“Two big things, two big tasks we’ve ticked off and now we have to make a decision for Homebush.

“Both things really showed potential. One I think we’ll leave in the car for Homebush and the other we need to delve into more. If we had another day in the workshop we could probably make ourselves comfortable with that change as well, but it’s probably too much of a risk versus reward circuit.”

Even though it’s late in the season to test Ryan thought the team was significantly better off.

“If we’d done this next February, we would’ve only been where we are right now and two weeks from Clipsal.

“We’re pretty confident, the thing we do choose to run at Homebush is bulletproof and we won’t have a problem running it.”

Just Reynolds tested today, with second driver Shae Davies sitting out. Davies will be replaced by Dale Wood next season – something the team is thrilled to have locked down ahead of season end.