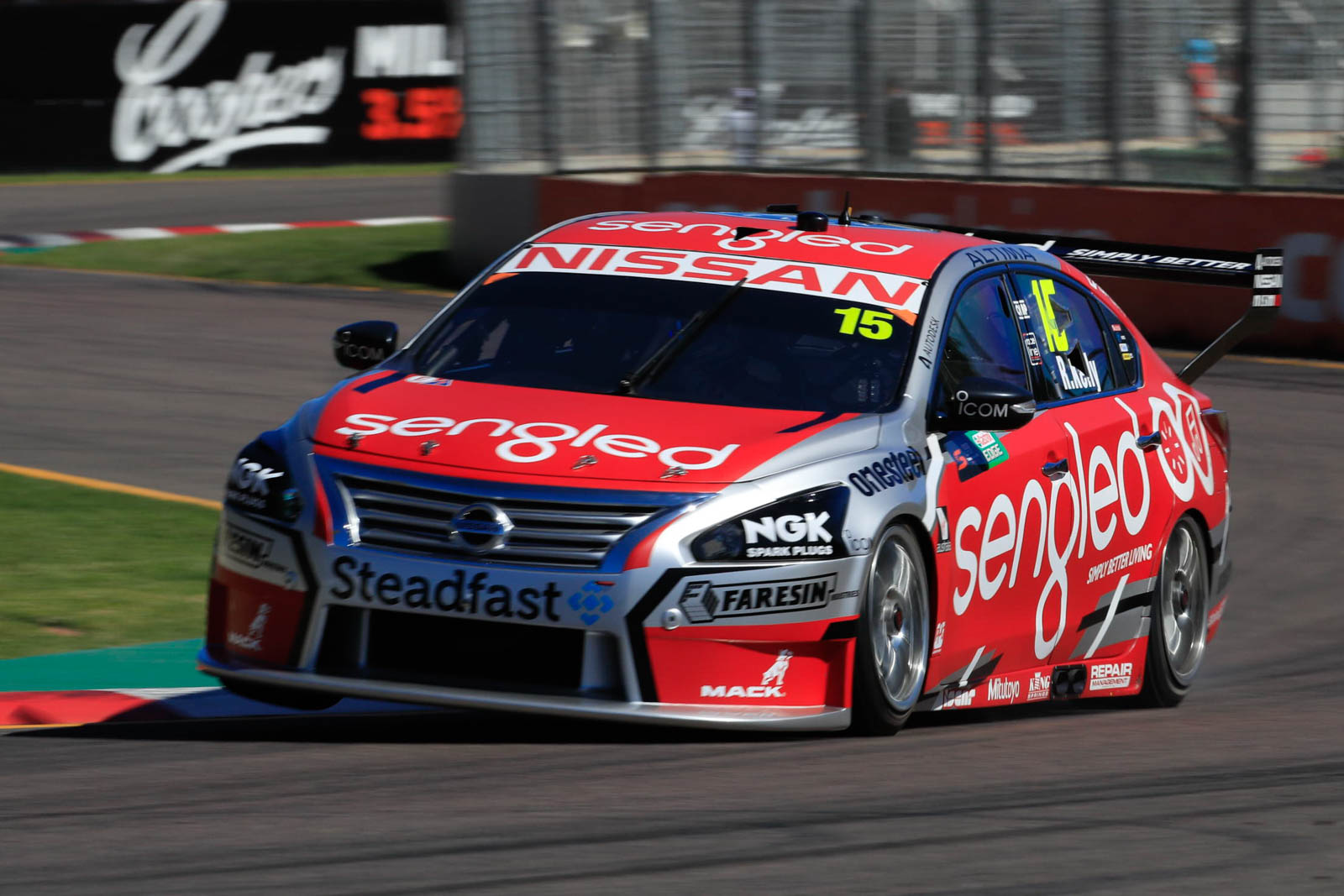 But rather than wait until the weeks leading into Sandown, the four-car squad is running now before the Red Rooster Sydney Motorsport Park SuperSprint to try development parts on its Altima and maximise the break in the schedule.

Just returning from a GoPro Athletes Summit in Colorado, team boss and 2006 champion Rick Kelly believes it is the right time for the team to test as it focuses on building on recent form and cementing all four Altimas as front-runners during the all-important Pirtek Enduro Cup. It is the group’s final test day of the season, with three opportunities allocated to each team (though one day had to be used before season start).

“It just spreads out the workload,” Kelly told supercars.com of testing now.

“There’s no point us going to Sydney then rushing back to do the test day for Sandown and then preparing everything for that event.

“So for sure it makes a lot of sense and gives us a good chance to prepare a lot of the things we’ve been working on behind the scenes.

“This test day also gives us one more round to work on that before the endurance season starts at Sandown, so it’s definitely something we’re keen to do earlier.”

Kelly shares his Sengled Nissan with Russell Ingall for the first time this year, but says ‘The Enforcer’ has had no trouble slotting into the team and has already had plenty of time in the car. Seat time for Ingall is only one of the things on the checklist for today.

“It’s a bit of a mixed day as far as our car’s concerned – we’re obviously going to spend a fair bit of time looking at the endurance round … getting the seating position right and starting to work in more depth with myself and Russell as a combined package,” Kelly said.

“It’s actually come at a really good time because, as we know, at race meetings you have to make very careful and educated setup changes based on performance. You don’t really get the chance to just try something for any other reason apart from trying to make the car go faster in the short term for that race weekend.

“So, it’s come at a good time for us to try some things and quantify some things that we’ve been working on now for a few months – they’re the two main areas we’re keen to work on.”

Kelly is comfortable the team has established itself as a contender and wants to keep that momentum through the big points races.

Michael Caruso took the team’s first win since 2013 in Darwin back in June and finished in the top five in the last race at Queensland Raceway. Kelly and brother Todd have shown flashes of brilliance in qualifying too, while newcomer Dale Wood learns more about his Altima each outing.

“I think we’re cementing ourselves as an emerging team – over the last six months, we’ve had a car in the top four or five at most events now,” Kelly said.

“In saying that, Michael has been leading the charge, especially over the last three or four rounds, which has been fantastic and something that has helped the other three cars along really well.

“The test day is a chance to get the other three cars up there, to be honest, to support him, so myself, Todd and Dale can perform in the top five at any given moment.

“The start to the year has been good as far as us emerging as a team, as an up-and-comer, but we really have to solidify that now and move forward from that point as well.”

Nissan’s four cars will be joined by Prodrive Racing Australia, which is utilising its second test day of the year, with an enduro test still to come. 2014 Bathurst winner Chaz Mostert says the day is crucial, particularly as his pre-season test was just about feeling comfortable in the car after returning from injury.