Supercars drivers of all sim racing experience levels are busy preparing for the new Supercars All Stars Eseries.

Formally announced this morning, the iRacing-based competition will start on April 8 and be contested over approximately 10 weeks.

The series will provide fans with racing action while the Virgin Australia Supercars Championship is on a forced hiatus due to the COVID-19 pandemic.

Every one of the championship’s full-time drivers will take part in the series from their respective homes.

The Shell V-Power Racing ace has launched his own channel on streaming platform Twitch so fans can follow his races, competing last night against the likes of Anton De Pasquale and Brodie Kostecki.

Just set up a @Twitch account for my sim racing! Be sure to tune in when I go live! Throw me a follow, be advised I’m a rookie at this stream stuff.. https://t.co/ZilyvsUJXX

Others such as Rick Kelly are complete sim racing novices, so are now buying and building their own equipment ahead of the first round.

Kelly has even put out a ‘help’ plea to sim racing experts on social media, which quickly attracted tongue in cheek replies from fellow drivers.

“I’ve never actually used a sim before, I don’t own one,” explained Kelly, a two-time Bathurst 1000 winner and 2006 Supercars champion.

“I’m a bit old school like that so we might have to build one bush mechanics-style over the next few weeks which will be fun.

“Hopefully all of our fans can come on the journey with us and get behind the Eseries and support the sport.”

They say we’re going racing. On a computer 🤷🏽‍♂️ HELP! Im going to need to build me a race car that doesn’t move, what gear do I need?? If you know your stuff on iRacing comment below or send me a message....because I’ve got no f&@king idea what I’m doing...

Kelly is realistic about his chances of success, declaring: “My aim is to just have some fun with it.

“There’s not much chance of me being competitive with some of the other guys that have been doing this stuff for years so we want to just go out have some fun, show the fans what’s involved in sim racing and get them involved in this as much as possible.

“Obviously there are a lot of people doing it tough at the moment with everything that’s going on so hopefully we can provide them with some entertainment, give them a laugh and a bit of a distraction from all of the negativity.

In the middle of the sim experience spectrum is Kelly’s teammate Andre Heimgartner, who also stressed the importance of fun and entertainment for the All Stars Eseries. 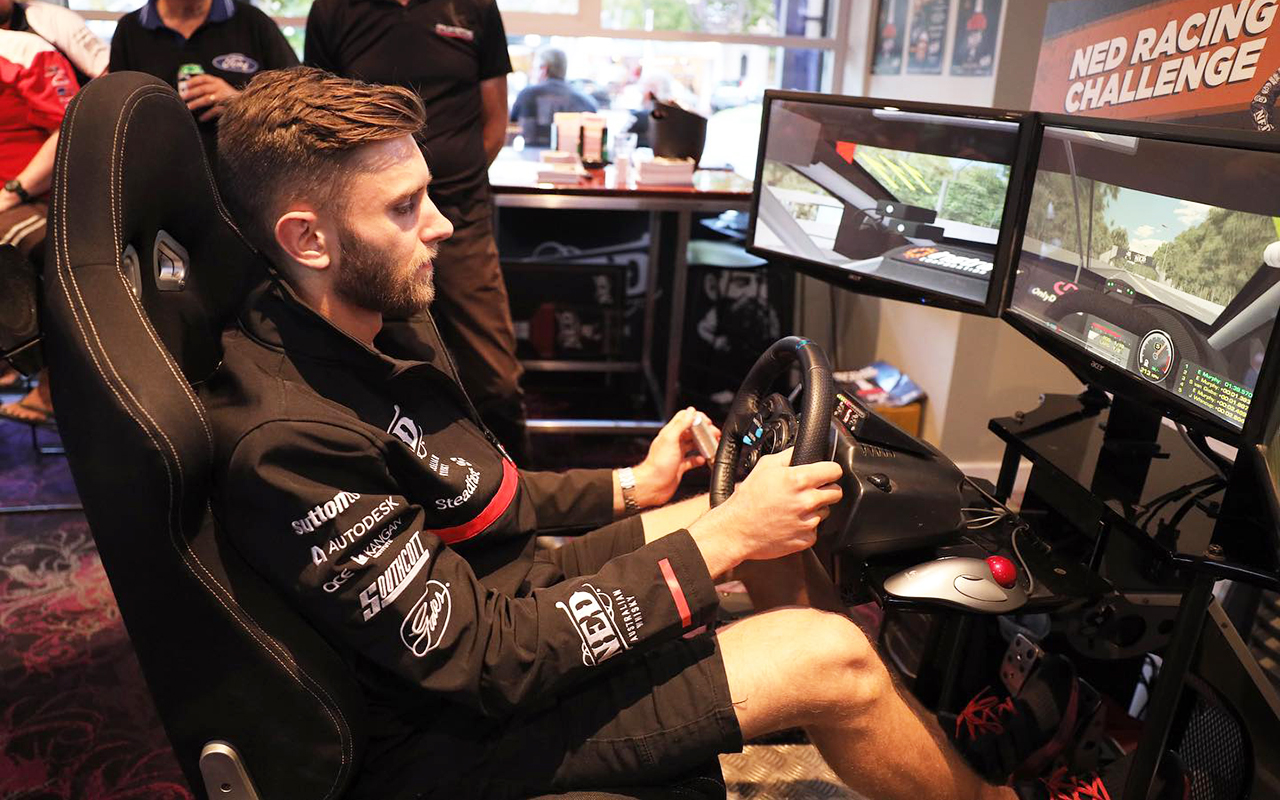 “I do a bit of sim racing myself,” said Heimgartner.

“I generally use it to learn the tracks before race events but I’m not one of these guys that spends hours a day on it, so racing against a complete field of cars and drivers will definitely be interesting.

“I think we’re in for some carnage which should be pretty funny for everyone watching.

“Hopefully we can get the NED Racing Mustang its first podium in the next few weeks even if it is in the virtual world!”

Round 1 of the Supercars All Star Eseries on April 8 will feature races at Phillip Island and Monza, with all rounds to be broadcast on Fox Sports, Kayo, Twitch and Supercars.com.