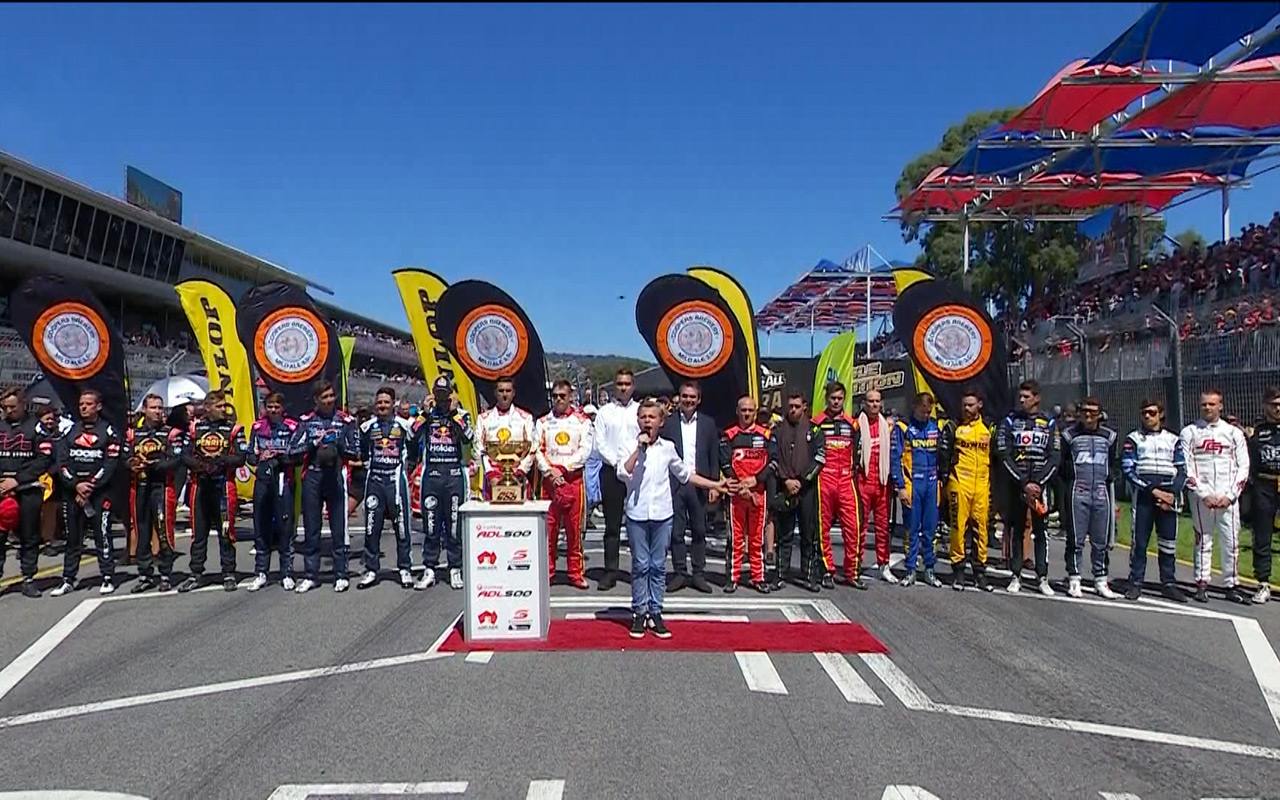 For the second day in succession, Supercars drivers have been sanctioned for missing compulsory appearances at the Superloop Adelaide 500.

All drivers were required to line-up at the front of the grid for the ceremony, which took place immediately prior to the race.

A stewards’ report confirmed $2,000 fines for each driver, half of which is suspended to the end of the year.

“The DRD conducted an investigation following a report from the Supercars Media Manager that the Drivers of Cars # 34, Zane Goddard, and #35, Garry Jacobson, both failed to attend the pre-Race National Anthem as required by V2 of the Promotional Schedule in breach of Rule E8.1.3 and the Event Supplementary Regulations,” read the report.

“Both Drivers having admitted to the breaches, and acknowledging that there was no reasonable excuse for their non-attendance, the Stewards imposed a Penalty on each Driver of a Fine in the sum of $2,000, of which $1,000 is suspended until 31 December 2020.”

The fine capped a tough first weekend for Jacobson at MSR, which had started with a $1,000 fine for causing a collision with Lee Holdsworth in Thursday practice.

Jacobson failed to finish the opening race after an early clout of the Turn 8 wall, while he was six laps down in 20th today following a clash with Rick Kelly.

Goddard meanwhile had a solid debut in the main game, finishing 18th and 16th in the respective races aboard the Commodore he’ll share through the season with Jake Kostecki.