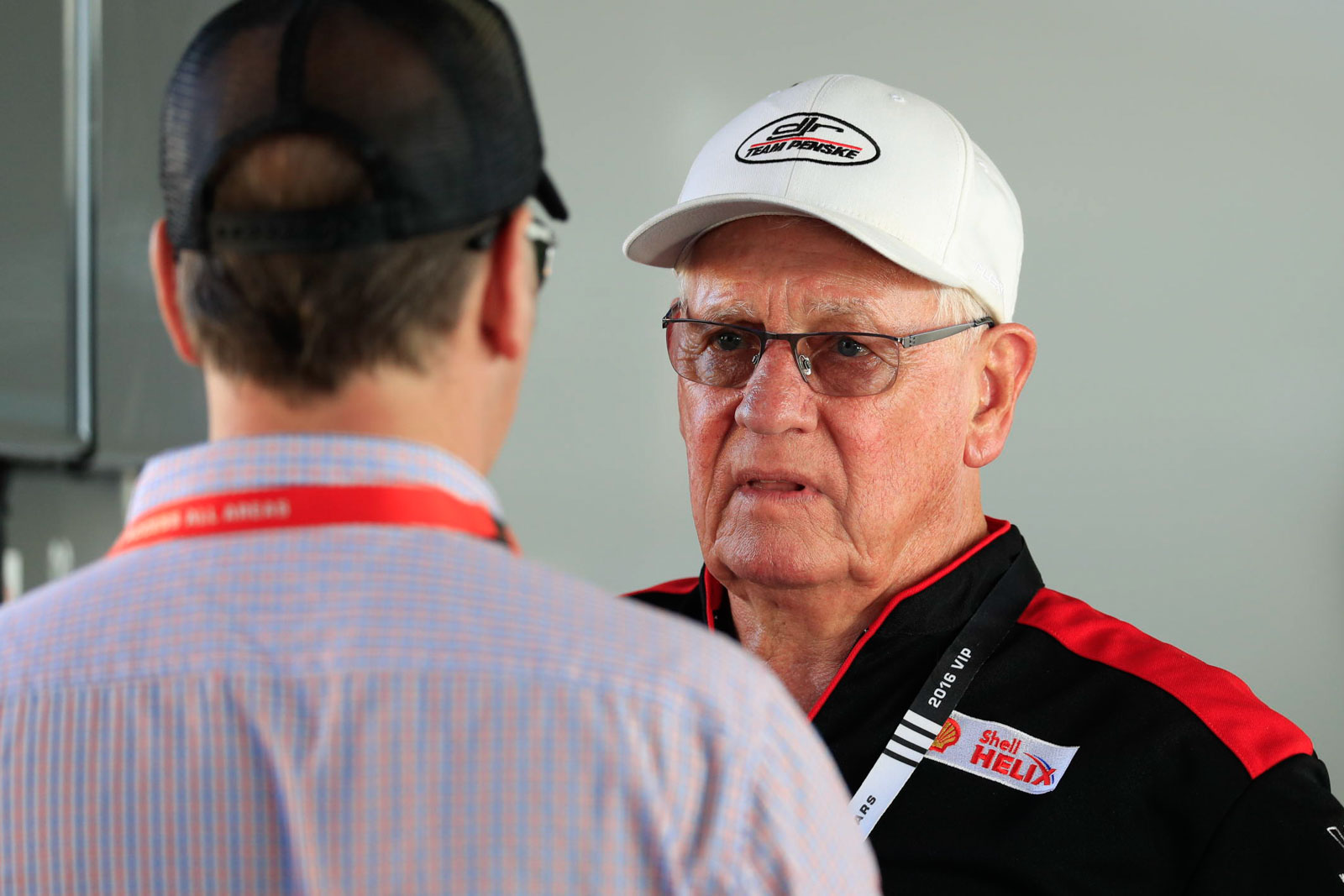 An upswing in form and the full-season return of sponsor Shell has Dick Johnson eyeing a new golden era for his famous race team.

Johnson watched on at the Clipsal 500 as new driver Scott McLaughlin came within three laps of breaking a near four-year victory drought for the the newly branded Shell V-Power Racing Team.

Although taking a step back from the team’s day-to-day operations under its Penske ownership, Johnson says he’s as enthusiastic as ever about the team’s fortunes.

The Supercars Hall of Famer remains a minority equity partner in the team which was on the brink of folding just four years ago.

Now 71, Johnson will continue to travel to the bulk of Supercars events this year following the fortunes of the Supercars squad and his new Touring Car Masters entry for son Steven.

The sight of two Shell Fords leading the early stages of Sunday’s race gave the Supercars legend flashbacks to DJR’s dominant periods in the late 1980s and mid-1990s.

“It means an awful lot to me, especially with the Shell situation,” Johnson told Supercars.com after Sunday’s race.

“This has all really come together in the last three or four months, so there’s a lot of work we can do yet.

“It’s early days, but we’re certainly looking forward to taking the fight to those guys (Triple Eight) through the season.

“I don’t think it’ll be a championship that’s a forgone conclusion by halfway, put it that way.

“It’s only a matter of time (for the team to start winning). When you’re on top like they have been for so long there’s only one way you can go.

“We’ve got seven championships on the board for the team so far and I don’t think we've seen the last.

Johnson won five championships driving for his own squad during the 1980s before John Bowe and James Courtney took out the ultimate prize for the team in 1995 and 2010 respectively.

Full of praise for new signing McLaughlin, Johnson believes both the 23-year-old and team-mate Fabian Coulthard are capable of adding their names to the championship honour roll.

“He’s lifted everyone in the team, including Fabian,” said Johnson of McLaughlin.

“The last thing you want is animosity between the two drivers and that’s something I’m extremely confident is not going to happen.

“Scott drew the short straw on a couple of things late in the race (on Sunday) getting held up by traffic.

“Our car doesn’t look after its rear tyres as well as the Triple Eight car. Once we get on top of that we’ll be right.

“Both drivers did a great job all weekend. All the signs are there that winning is not far away.”