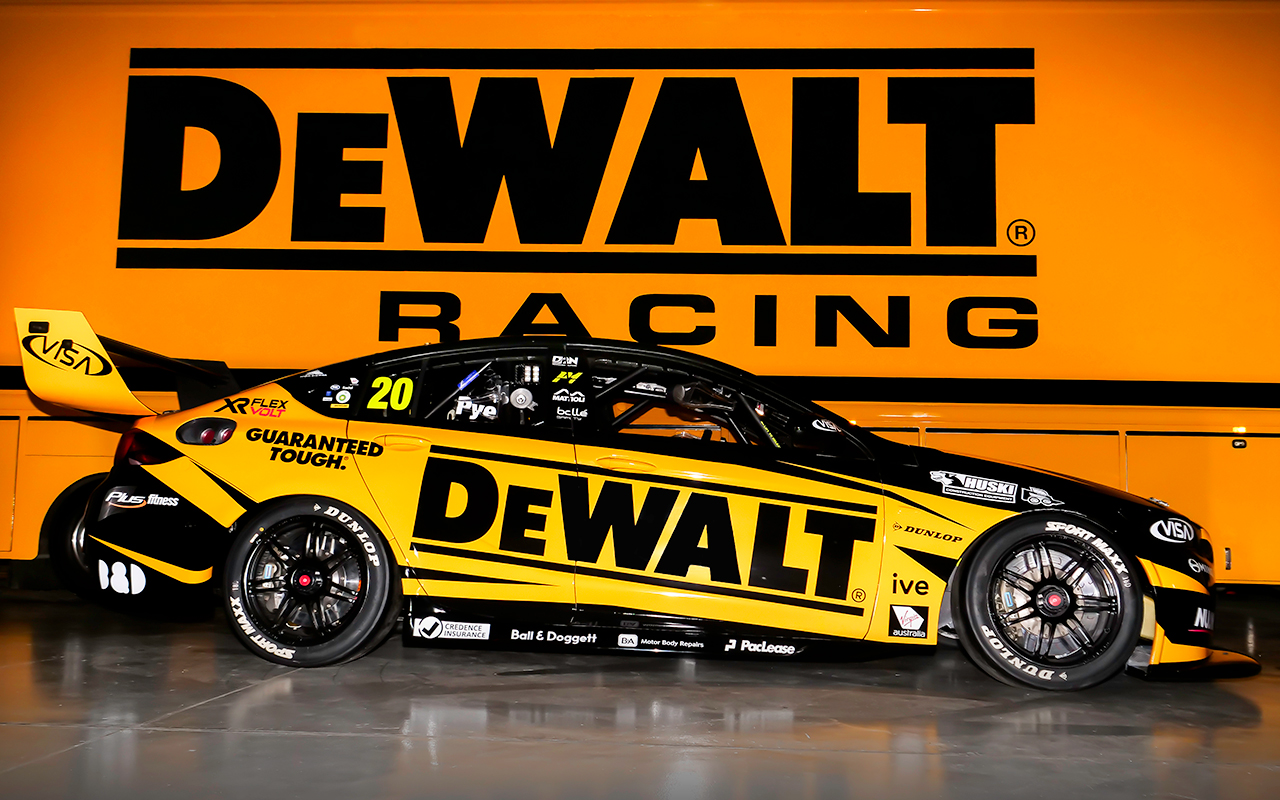 It marks an extension of parent company Stanley Black & Decker’s support of the squad, which also holds naming rights on Mark Winterbottom’s car through its IRWIN Tools brand.

Pye’s car will carry the #20, which is used by the DEWALT-backed Joe Gibbs Racing in the NASCAR Cup Series. 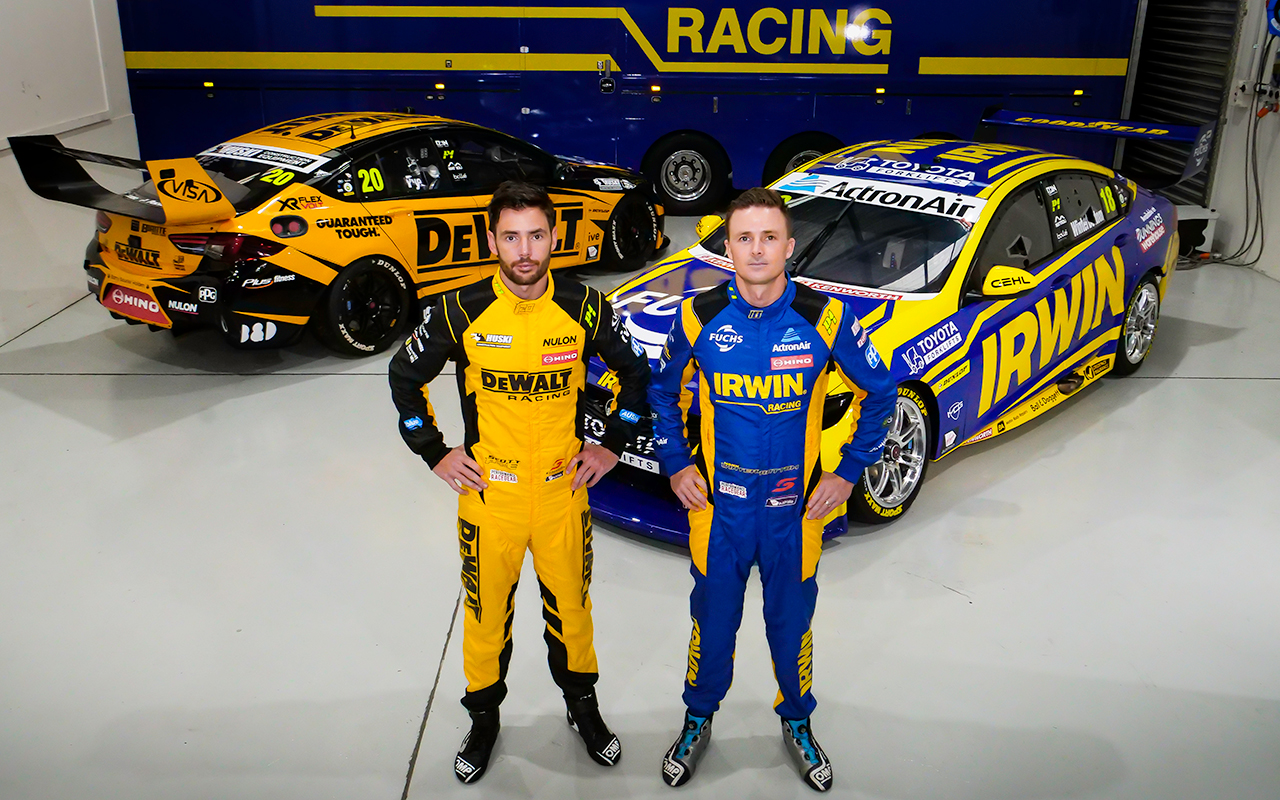 Schwerkolt has invested heavily in his squad’s expansion, with Pye set to drive the car Shane van Gisbergen used at the Red Bull Holden Racing Team for the previous two seasons.

“I am thrilled to have Stanley Black & Decker supporting both cars in the team,” said Schwerkolt.

“It goes back five years ago when we started with one of their other brands in Sidchrome, and they have continually increased their investment and support to IRWIN and now DEWALT.

“Scott Pye is a fantastic addition to Team 18, he’s going to make a great teammate to Frosty.

“We’ve seen how well he can drive in the last few years and he’s on the way up for sure, it’s exciting to have him onboard.” 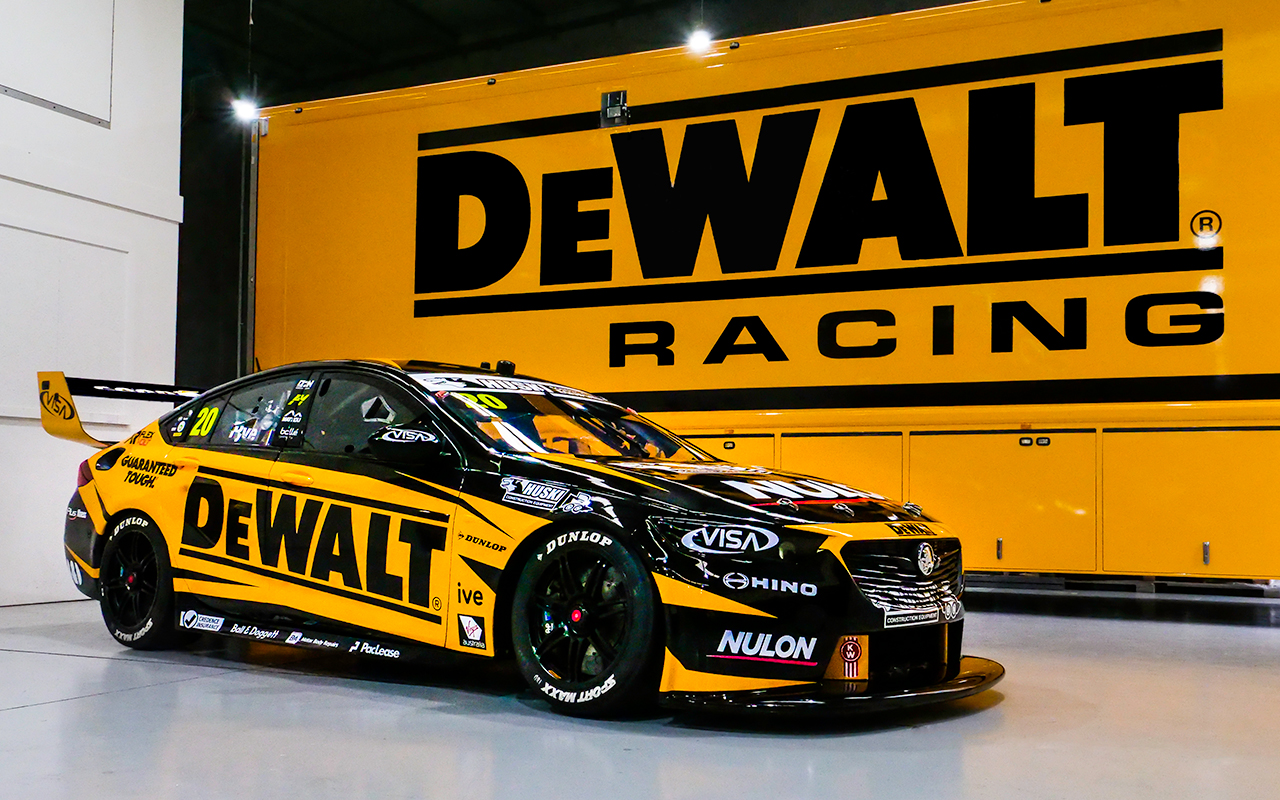 Pye joins Team 18 after a three-year stint at Walkinshaw Andretti United that yielded a single race win in 2018 and a pair of Bathurst 1000 podiums.

The 30-year-old said the DEWALT deal played a key part in his signing with Team 18. 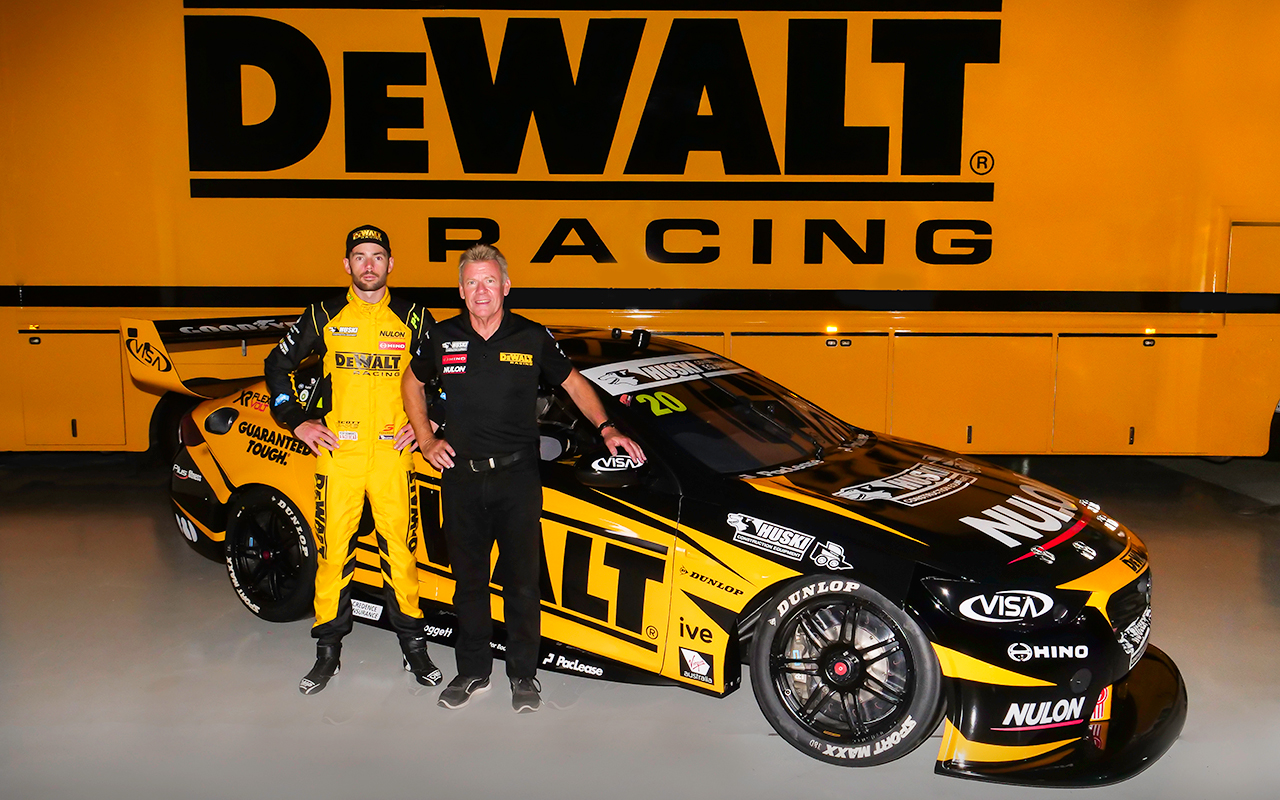 “From the moment I started chatting with Charlie about what I was looking at doing in 2020, the decision for me became really clear when he mentioned that DEWALT was going to be the naming rights partner on the car,” he said.

“To represent the largest power tool company in the world is surreal.

“The car looks fantastic and the activations they’re going to have at the circuit are going to be second to none, and it reflects their investment in the sport, in this team and in myself.

“We have some pretty exciting times ahead and I’m super excited to be in this car this year with a proper package and working with a team that’s really motivated and extremely talented.”