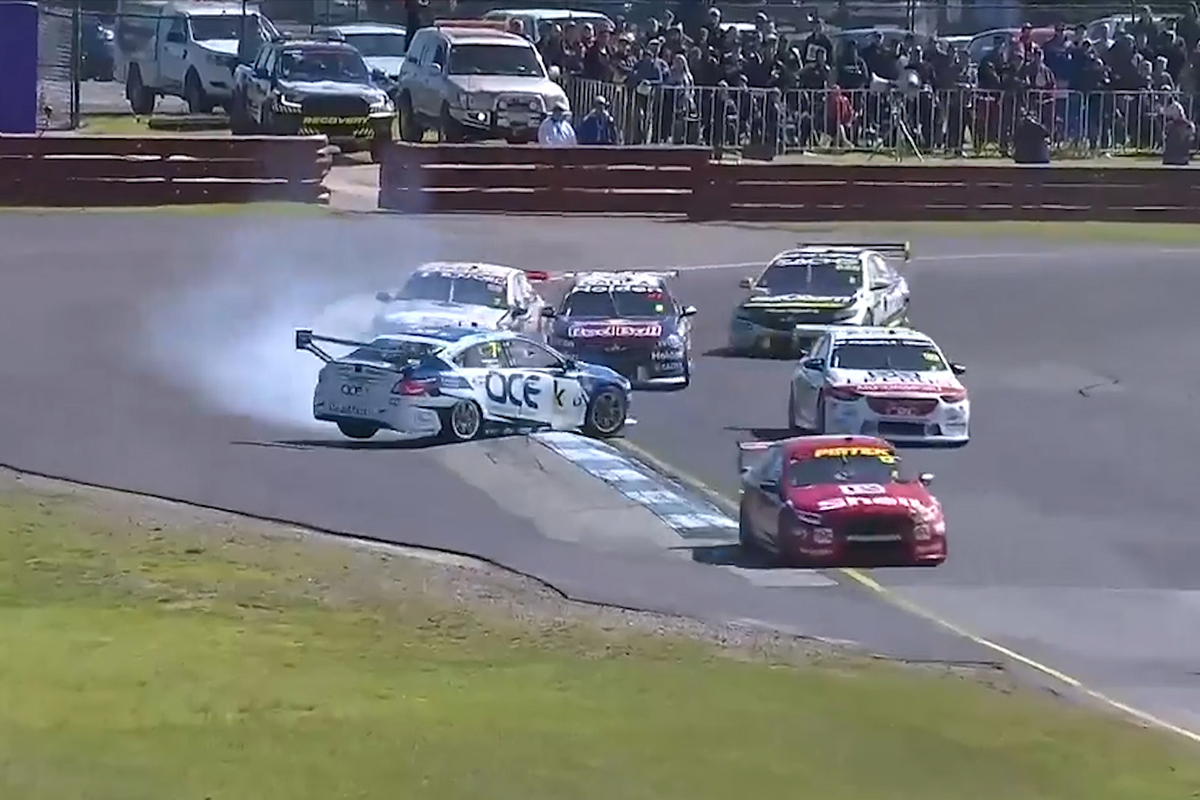 An ARMOR ALL Race for the Grid winner, Aaren Russell's RABBLE.club Sandown 500 with Andre Heimgartner included an early spin he said felt like a scene from Days of Thunder.

Russell's Nissan was running sixth on lap seven of Sunday's 161, when he and Will Brown – up the inside in an Erebus Commodore – made contact at Turn 1.

It spun the ACE Altima to the outside grass and into a 360-degree rotation, James Moffat and Earl Bamber running close behind having to take evasive action.

Having fallen to 20th, Russell and Heimgartner eventually finished in 14th place.

"I kind of saw him pull out behind me," Russell explained.

"I didn't think he was coming far enough up, I tried to leave him as much room as I could and then before I knew it I was pirouetting.

"It kind of felt like Days of Thunder, pirouetting in the grass, plucking gears, trying to make sure it got straight again, Dilan [Talabani] the engineer was on the radio saying 'go, go, go, go'.

"It didn't ruin our day, but certainly we went from being at the front of the pack to the back of the pack and we just played catch-up all day.

"It's a hard one; you sit there and think what could have been, I guess a top 10, but we weren't far off it as it stands." 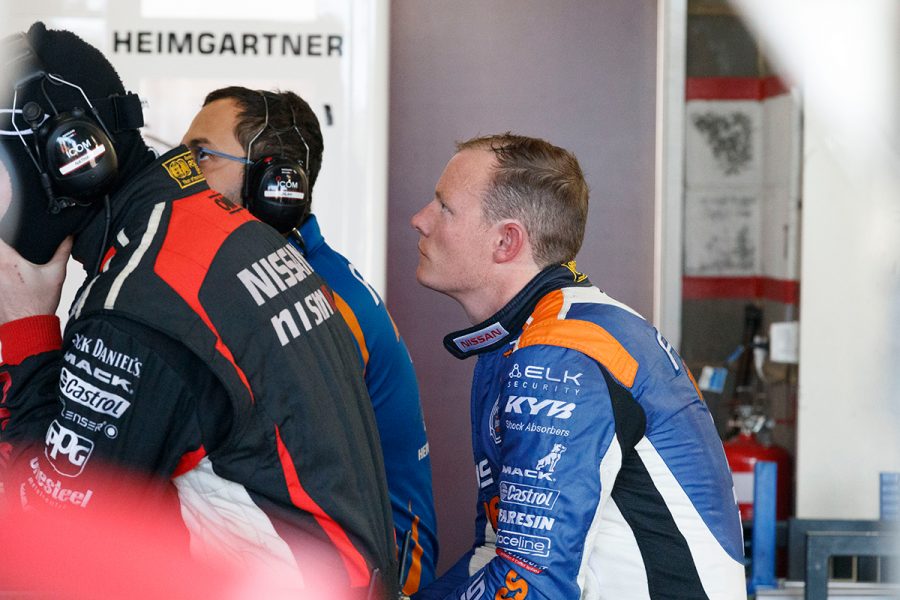 That followed Saturday elation for the former Dunlop Super2 Series racer, who is contesting his third PIRTEK Enduro Cup and second with Heimgartner.

While not counted as a Supercars race victory under the event format, Russell crossed the line first at the end of the 20 laps that featured a hail storm.

He stayed out on slicks and inherited the lead on lap 12 when Moffat and Macauley Jones went off from the front of the four-car lead pack in an accordion-like chain of contact.

The Novocastrian's father Wayne – himself a former privateer runner – was on hand to share the moment.

"He gave me a few hugs, maybe a few tears," Russell said of Wayne. "It's been a long time coming.

"It wasn't like we were gifted the win, I had to work for it in those last 10 laps. I was the pioneer for everyone and the car had the speed in the right places.

"Those 10 laps were probably the scariest and most nervous that I've ever had in my life."

Michael Caruso and Dean Fiore were delayed by steering damage when James Courtney clashed with the Altima, and Simona De Silvestro and Alex Rullo had engine problems.