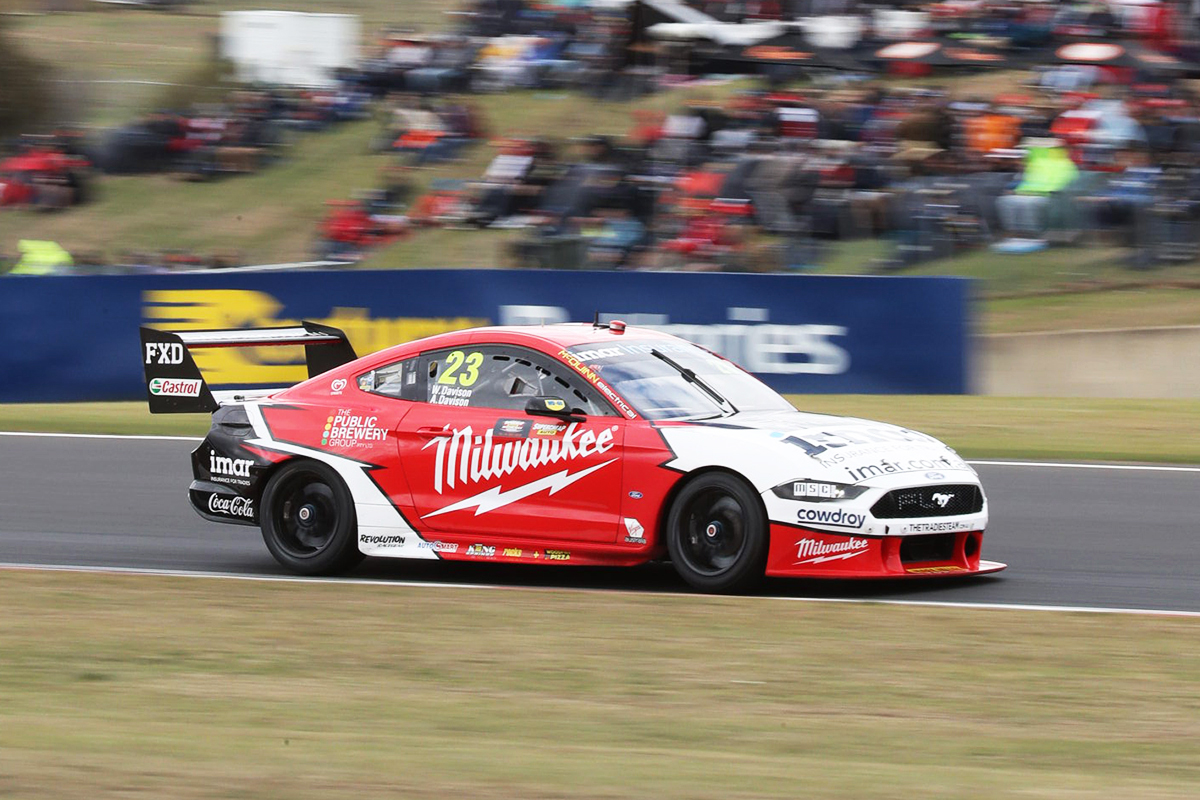 With the grid already set from 11th to 26th, the field split their Practice 6 laps between primary and co-drivers, with many practicing driver changes ahead of Sunday’s race.

A dry track greeted the drivers after Friday’s rain, with a relatively clean session eventuating besides a late incident for Canadian wildcard James Hinchcliffe.

The NAPA Auto Parts Commodore tagged the wall at The Cutting with five minutes remaining in the half-hour session, causing right-rear damage.

“I got into the wall a little bit in The Cutting just trying to find the limit,” said Hinchcliffe, who is co-driving with Alexander Rossi, who qualified 25th.

“I’m actually getting a lot more comfortable in the car, Alex and I both.

“Every night you get to sleep on it, let it sit and marinate overnight.

“You come back and feel a lot more at home and comfortable in the car.

“Just starting to push in places we hadn’t felt comfortable pushing before this point and it obviously just got away from me there and tagged the wall.

“I hate to lose the track time for both of us, but I think it’s relatively cosmetic stuff and we’ll get it fixed up for this afternoon.”

The #6 Ford experienced a series of electrical issues yesterday and spent time in the garage with a stuck throttle early in Practice 6.

As it turned out, Davison’s 2:04.754s set around the midway point of the session would not be beaten.

Mark Winterbottom, Lee Holdsworth, Alex Premat and Craig Lowndes were among other drivers to spend time at the top.

Tim Slade was third behind Coulthard in a promising sign for the Freightliner Racing Commodore, which will feature in the ARMOR ALL Top 10 Shootout from 5:05pm.

Before the Shootout, drivers will get another half-hour hitout with Practice 7 from 12:10pm.