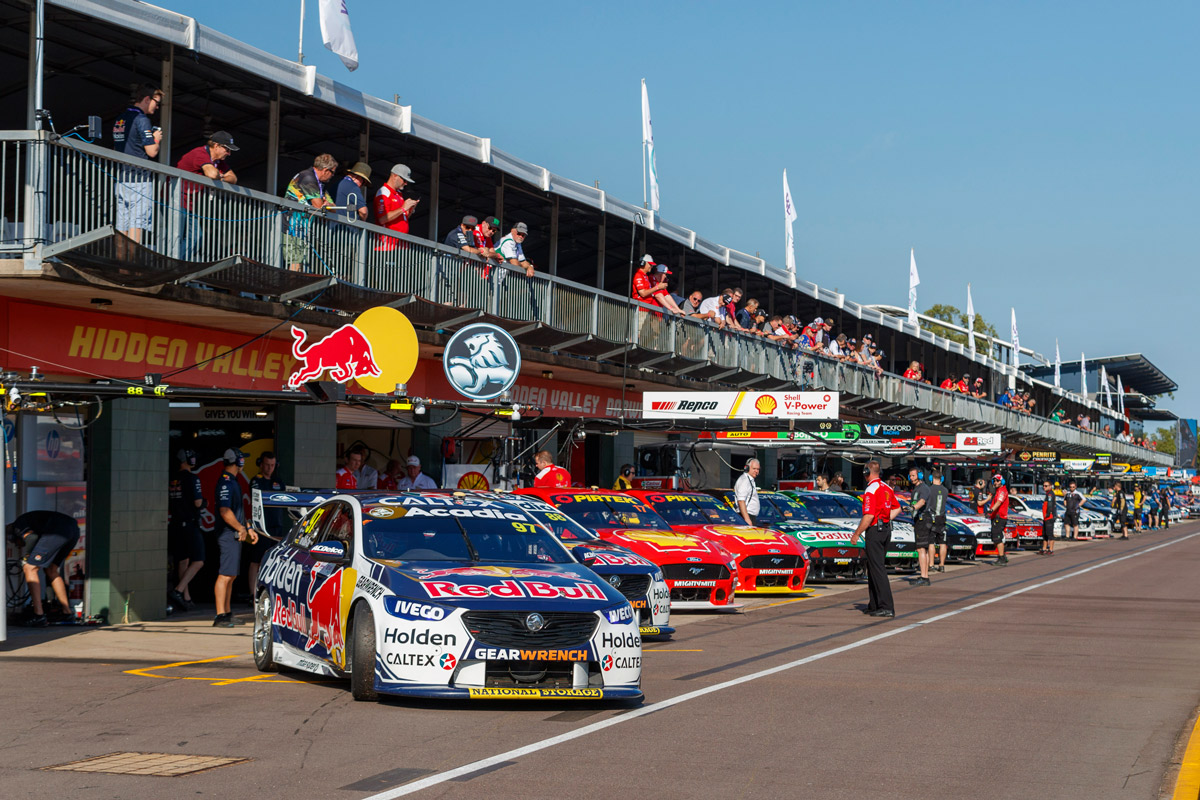 The CoreStaff Darwin SuperSprint has been confirmed to run across the new dates of August 22-23.

Forming the second leg of the historic Hidden Valley Raceway doubleheader, the SuperSprint event will be held seven days after the BetEasy Darwin Triple Crown this weekend.

With a Townsville doubleheader already announced for August 29-30 and September 5-6, it means Supercars fans will have four straight weekends of racing to enjoy.

That will accelerate the speed at which the championship plays out, after the significant delay created by the COVID-19 pandemic earlier in the season.

Teams have been told to expect a similar format to that being used for the Triple Crown, with a trio of 38-lap races and a Top 15 Shootout planned for the SuperSprint.

The second event will also see a return to soft compound tyres only.

Saturday’s action is likely to be run slightly earlier than usual, so as to fit in with the Northern Territory election that day as well as the AFL blockbuster Darwin is hosting that night between Essendon and Richmond.

Sunday should take on a more conventional timeline; full track schedules are to be confirmed in due course.

Supercars CEO Sean Seamer said: “We’d like to thank the Northern Territory Government for working closely with Supercars and broadcasters to secure these new dates for the CoreStaff Darwin SuperSprint.

“Supercars would also like to thank drivers, officials, team personnel and their families for their continued support of this year’s championship during these times.”

Added NT Major Events Company CEO, Tim Watsford: “The drivers and teams are all here, and all raring to go.

“These events will be unique in the history of Supercars in Darwin.

“We will definitely see someone lift the BetEasy Darwin Triple Crown on 16 August, due to a change in format, and we have an entire second weekend of racing to look forward to.”

The BetEasy Darwin Triple Crown this weekend will be broadcast live on Ten, Fox Sports and streaming on Kayo.