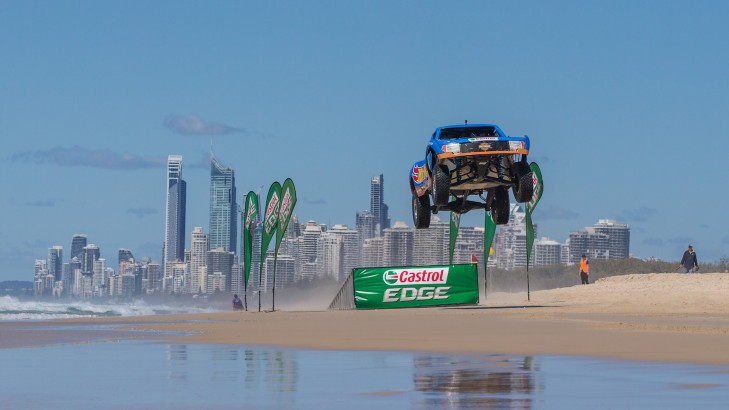 V8 Supercars has marked the countdown to the 2015 Castrol Gold Coast 600 in spectacular style on the beach at Surfers Paradise today.

Mingay, who hails from the Gold Coast, said he couldn't wait to take to the streets of his home town next month alongside some of the world's best drivers.

"I'm pumped to be heading to the Castrol Gold Coast 600 and entertaining the crowds when we're going crazy in our Stadium Super Trucks, it's a great event and a great party," Mingay said.

V8 Supercars Chief Operating Officer Shane Howard said the Stadium Super Trucks show at the Castrol Gold Coast 600 would be even more exciting thanks to the compact street circuit in Surfers. 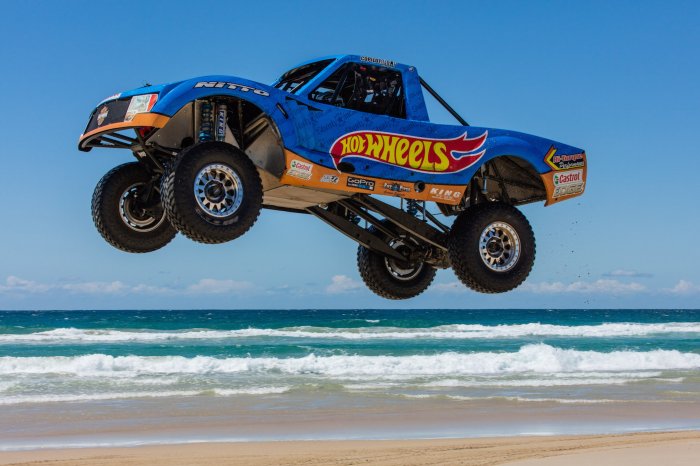 "These guys have never raced their trucks on a track as narrow and fast as this one, so we're sure to see lots of spectacular action," said Howard.

"The full field of Stadium Super Trucks make the most incredible noise, and the sight of them firing over massive ramps, flying 30 metres through the air is sure to make them an absolute crowd pleaser."

"The Stadium Super Trucks are just one incredible part of what is going to be an absolutely massive weekend of entertainment with 600km of V8 Supercars racing, and Cold Chisel bringing the party back to the Gold Coast at the Saturday night concert." 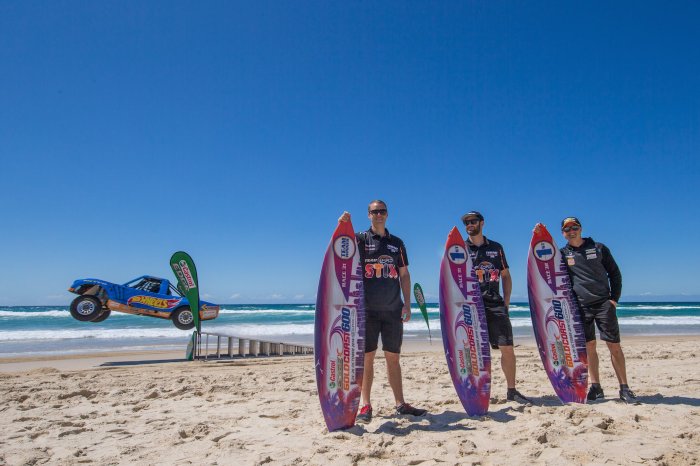 "They're great to watch at the track, like a life-size pack of remote control cars! I can't wait to be watching them launch over the jumps around Surfers Paradise next month," Van Gisbergen said.

The party returns to the Castrol Gold Coast 600 from 23-25 October at Surfers Paradise. Legendary Australian rock band Cold Chisel will perform their hits on Saturday night (24th October) at the Broadwater Parklands.

Free public transport is available on certain services to and from the event with a pre-purchased ticket - click here for more information.