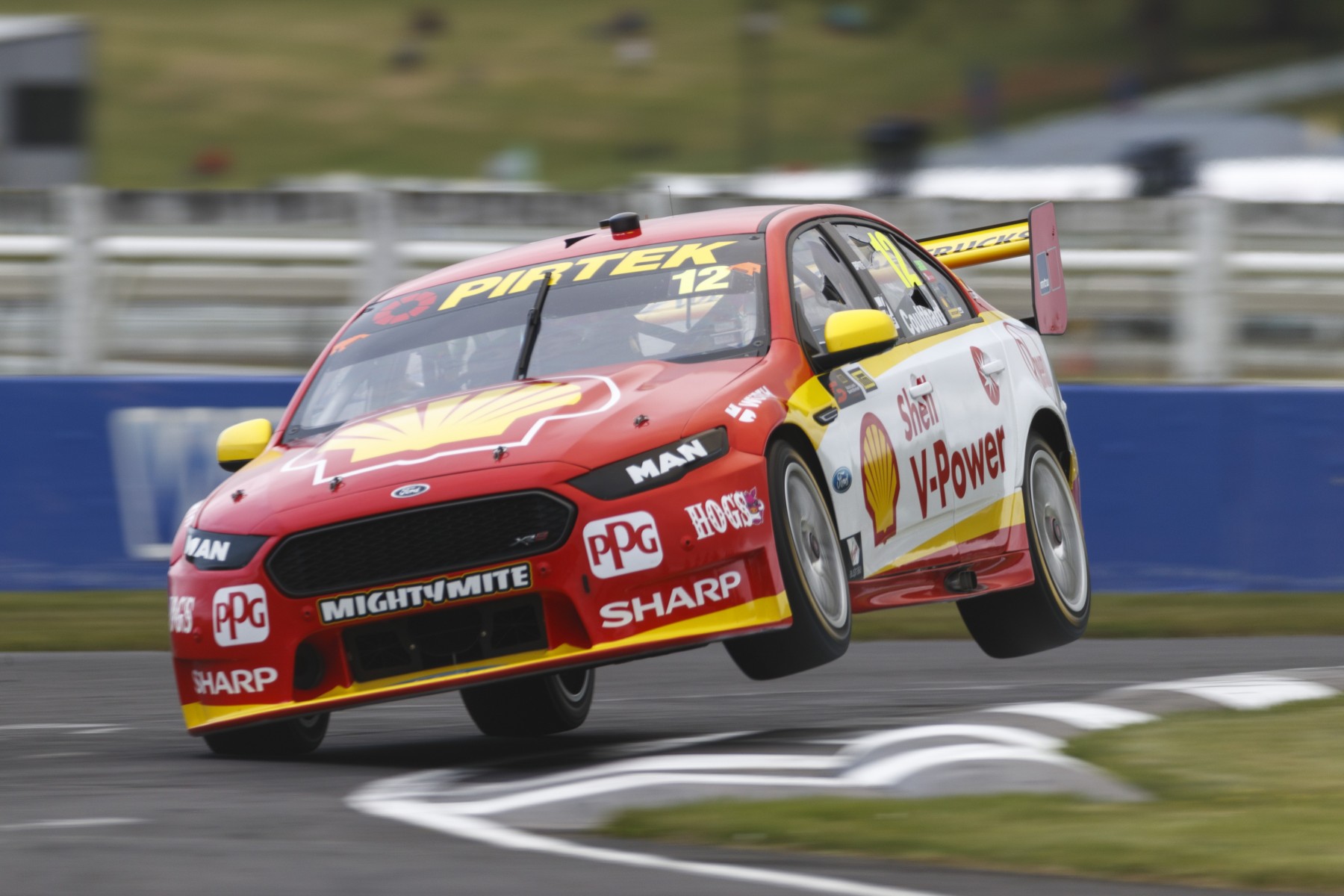 Fabian Coulthard says he’s still going to give winning the Virgin Australia Supercars Championship “a crack” in Newcastle, despite falling behind in the ITM Auckland SuperSprint.

The Shell V-Power Racing driver started the weekend as Jamie Whincup’s closest challenger, 17 points behind, but ended it 176 adrift.

Whincup now leads Coulthard’s team-mate Scott McLaughlin by 30 points entering the new season finale, where 300 points will be on offer across the two days.

That means Coulthard - who left Bathurst leading by 91 - will need to finish ahead of the pair in Saturday’s race to start the last race of the season in contention.

“We’re going to a place no-one’s ever been to, no-one’s got any knowledge of it, I think it’s all up for grabs.

“We’ll give it a red-hot go, if it’s good enough it’ll be good enough. If not, we’ll be somewhere near the top still.

“There’s still lots on the line. You’re going to have to take risks.

“It may work, it may not. We’ll see what happens.”

Coulthard’s home round at Pukekohe was marred by a rollover in Race 23 on Saturday, when he tangled with David Reynolds, as Reynolds recovered from a Turn 8 incident with Chaz Mostert.

His Shell Ford was repaired overnight, lining up with a roof that combined panels from a Falcon road car and NZ V8 Touring Car.

From eighth on the grid, Coulthard finished fifth, a result he said was possible on Saturday and would’ve put him “damn sight more in the hunt than what we are now”.

“I’m nothing without my team, these are the guys that have worked super-hard overnight, until 4am, they finished up here and probably got two hours sleep at best,” he said.

“They’ve been running the day on caffeine. I can’t thank them enough.

“If you sat me down [at the end of Saturday] and said we’d qualify in the 10 and run fifth, I’d have taken that any day of the week.

“We’ll regroup. Obviously the car’s finished today pretty straight, there’s a little bit of fixing to do from yesterday, but we can really focus on making these cars faster for Newcastle.”