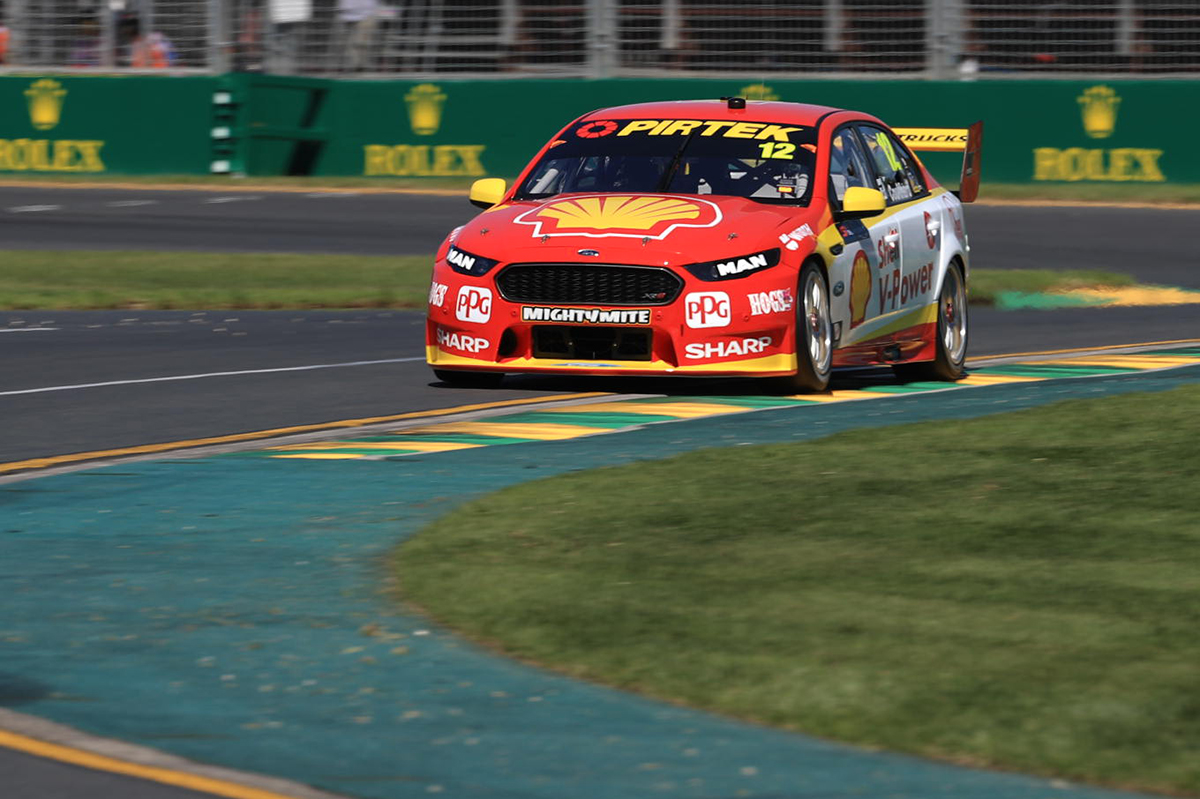 Fabian Coulthard says a “new path” with his #12 Shell V-Power Racing Ford has helped turn around a shocking start to his Supercars season.

Coulthard struggled for speed in Adelaide, qualifying 18th and 12th for the respective races, with 21st- and 16th-place finishes leaving him 20th in points.

It was a tough first outing for his new partnership with engineer Mark Fenning, who was promoted to race engineer duties at the expense of long-time Coulthard ally Phil Keed.

The Coulthard-Fenning combination bounced back in fine style today, qualifying second and third for the opening two races of the Coates Hire Supercars Melbourne 400.

Albert Park has proven a happy hunting ground for the Kiwi over the years, winning races at the venue in Formula Ford, Carrera Cup and Supercars.

He scored his first career Supercars victory at the circuit in 2013 and won the event overall last year, a weekend that included taking Roger Penske’s maiden win in Australia.

Asked about the turnaround since Adelaide, Coulthard suggested it was more than just the change of circuit that has vaulted him back to the front.

“Obviously we looked at a few things and we needed to after how we went [in Adelaide],” he said of the contrast between events.

“No two drivers drive the same, so we went down a little bit of a different path with me and it’s a little bit more to my liking.”

Coulthard is one of few left-foot brakers in the current field, which many believe gives him an advantage at the flowing Albert Park circuit.

The third-year DJR Team Penske driver, however, says there’s no silver bullet behind his Melbourne speed.

“I wish I could put my finger on it, cause I’d take it everywhere with me,” he said. “It just suits my style.” 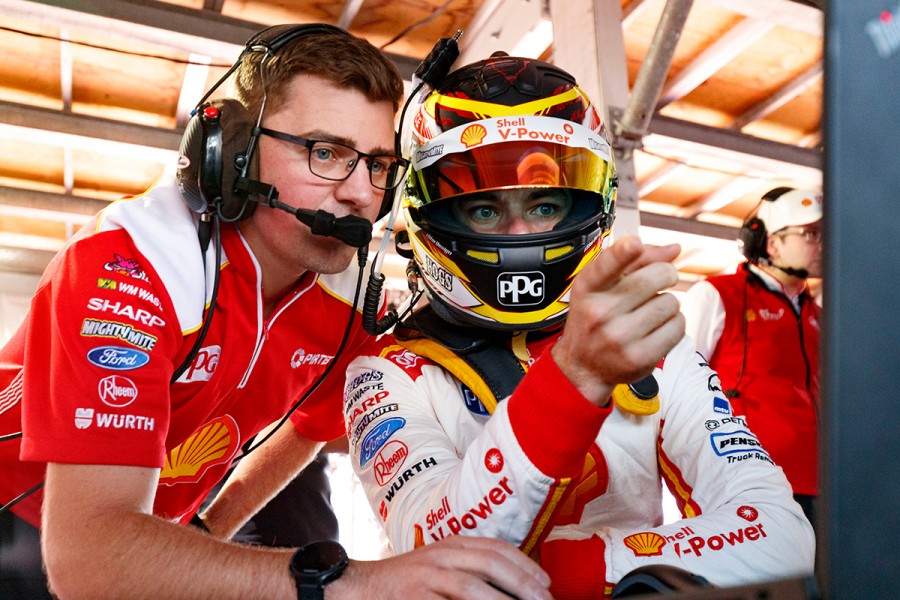 While Coulthard was pleased with his improvement, he was still bettered by team-mate Scott McLaughlin in both sessions, the youngster scoring an ARMOR ALL Pole and a second.

Although the drivers declined to divulge who had what, it is understood that both Shell Fords ended up running composite panels today.

“It feels like one of the hardest qualifying sessions of the year,” said McLaughlin.

“You only get one lap, if you stuff it up you don’t have enough time to really get around or use another set of tyres.

“It’s difficult, but to be first and second to start the first two races of the weekend is good.

“Credit goes to them for the hours the team has put in behind the scenes, it’s been unbelievable.

“It’s nice to get a reward for it, we’ve still got two more to go and to have Fabs up there in Race 1 is ideal, one and two.

“Fabian’s really good around here, so anytime I felt I was faster than him in practice, I felt like I was doing an alright job."