Fabian Coulthard has explained his move to indicate eventual winner Shane van Gisbergen past during through the Coates Hire Ipswich SuperSprint finale.

Early leader van Gisbergen had fallen behind the Fords of Scott McLaughlin, Chaz Mostert and Coulthard by going long on his first stint.

While McLaughlin showed the way in the middle phase, van Gisbergen faced little resistance from Coulthard and then Mostert as he fought to regain ground on younger tyres.

Coulthard went to the extent of flicking his right indicator on to show van Gisbergen the line through at Turn 6 on lap 24 of 65.

Van Gisbergen’s progress in the middle stint ensured he leap-frogged McLaughlin for the lead when they made their second stops on laps 37 and 35 respectively.

“I just didn’t have the tyre life of the guys infront,” said Coulthard when asked about yielding to van Gisbergen, whose tyres were eight laps fresher.

“You can’t defend something that’s a second a lap quicker than what we are. If I could have, I would have done the best I could.

“I did put my indicator on, but at the end of the day I’m racing as well. We were trying our best to get out ahead of Jamie [Whincup] and I was unsure of the situation in-front.

“If I could have done more I would have, but today I simply couldn’t.” 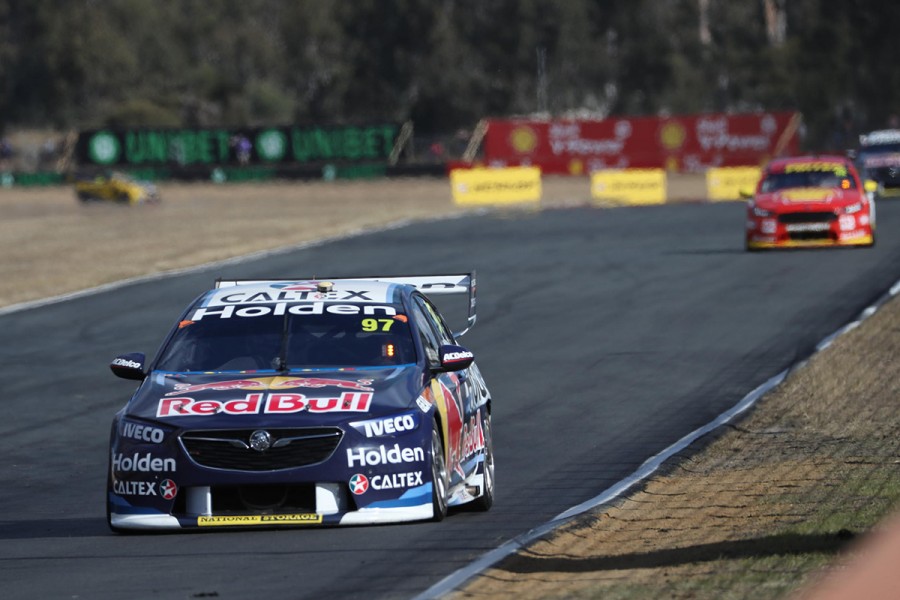 While the move raised eyebrows among fans, van Gisbergen later said it’s the nature of the 200km races, which feature a compulsory 120-litre fuel drop.

“Unfortunately in these fuel-drop races, you're not really racing in the middle stint,” he said.

“You put in your fuel and then that changes your track position. It's smarter and better if you let the guy through.

“And vice-versa, if someone was catching me, more fuel, and better tyres, you just let them go and carry on with your own day.

“We weren't really racing Fabian and Chaz, they're smart racers, and that pays back. I'd do the same to them in that position.” 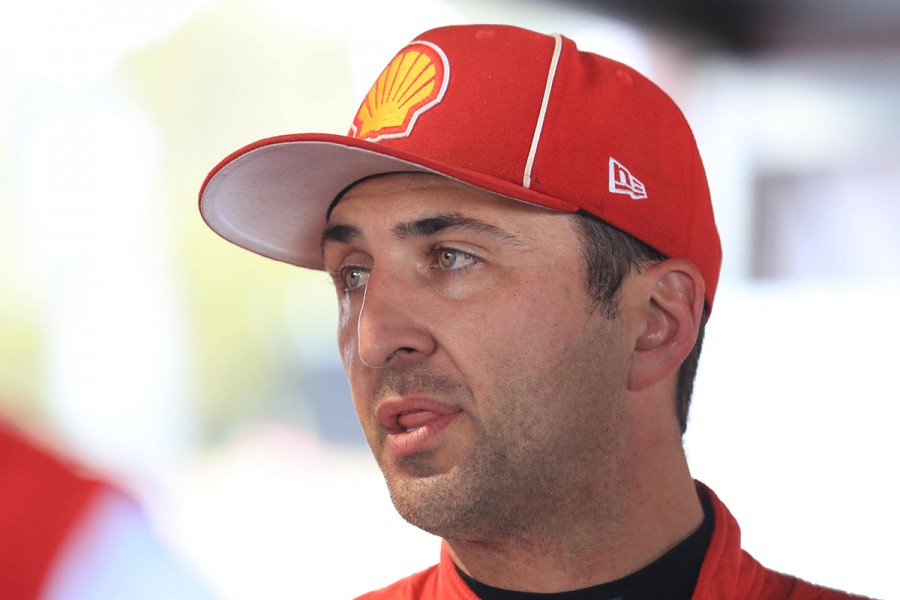 Coulthard went on to finish fifth in the race and sits sixth in the championship, 669 points behind leader McLaughlin.

Despite the deficit, the 35-year-old Kiwi says there’s been no internal talk about team orders to maximise McLaughlin’s title chances this early in the season.

“At the end of the day we’ve got two cars branded the same, with Shell V-Power on the doors and we try and represent those brands the best we can,” said Coulthard.

“There certainly hasn’t been anything about team orders or who should win the race.

“We’re allowed to race, just not hit each other. We do what we do and we tried to the best of our ability today, unfortunately we just didn’t have the tyre life.”