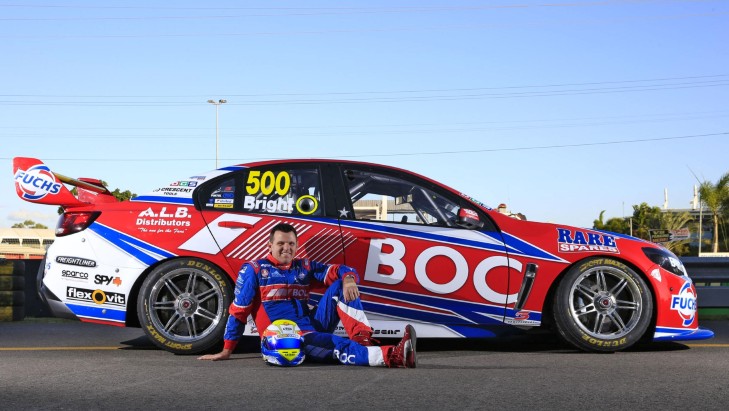 Bright becomes the fourth driver in V8 Supercars history to hit 500 race starts this weekend, at a circuit he's determined to conquer after earning ARMOR ALL Pole Position last year.

His Holden Commodore VF continues to run in Team BOC colours, but this weekend the paint scheme throws back to 2011, when Bright achieved BJR's first V8 Supercars race win at Barbagallo Raceway, ahead of then-teammate Jason Bargwanna, who came home in third.

Team boss Brad Jones says they were looking for a way to combine one of the team's great moments to recognise Bright's contribution since beginning with them in 2010 alongside Jason Richards when planning the livery. 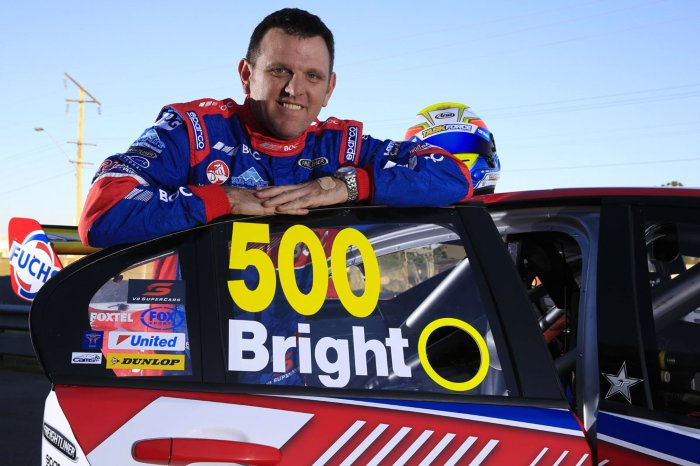 "I think the car looks sensational - we put a lot of thought into what is the best package that represents a milestone for BJR, and our relationship with Brighty," Jones told v8supercars.com.au.

"For me it boiled down to either our very first win or winning the JR Trophy [Jason Richards Memorial Trophy] in New Zealand [in 2013].

"I have a picture on my wall of that first win in Perth with all the guys hanging over the fence and Brighty going past them in that car and just felt that encapsulates what we're trying to achieve together and what we have been able to achieve."

Bright has driven for a range of teams and on both the Holden and Ford sides of the fence during his V8 Supercars days, before settling with family team BJR for what this year will be five seasons.

"We were going through a restructure process and I felt that he had a lot to offer," Jones reflected on signing the Bathurst 1000 winner.

"And he played an important part. We needed a driver here that was a proven winner and someone we could have as a yardstick that would complement what we were doing with Jason Richards.

"I just felt that Bright was the right guy at the time with his experience and speed.

"It immediately all clicked really well ... and we all got along and it was an important part of the rebuilding process for BJR to get our Holden movement going forward and to be successful." 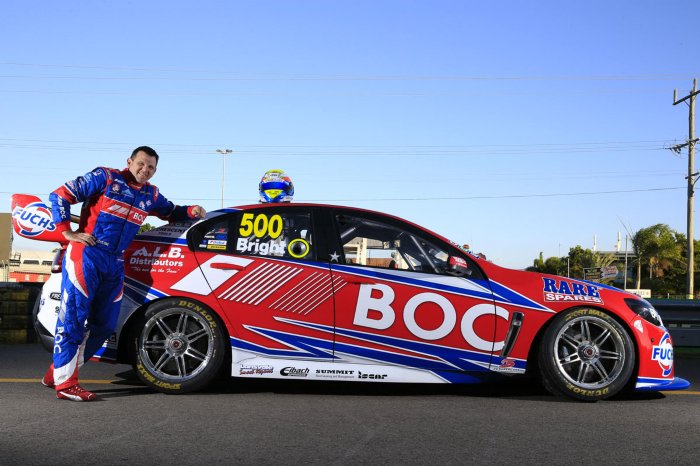 Bright has achieved five wins with the team since 2011 - a quarter of his 20 career wins.

While the 2011 win was a highlight for BJR, it wasn't an easy race for the team as the squad's third car steered by Karl Reindler memorably caught on fire off the start.

"It was a bit of a bittersweet weekend, but I think the win outweighed the downsides for BJR - it was great to finally crack a win," Bright told v8supercars.com.au.

Jones believes Bright still has what it takes to stay up the front, saying he was going great guns.

"He's still driving really well, he's 500 down ... and certainly coming off a really strong Darwin where we had three cars in the top 10, I don't think there's any doubt of our car speed. Hopefully we can really celebrate in Townsville with a podium," Jones said.

"Five hundred is a big number ... when you think about it, he went away a few years to race Indy Lights and worked away at getting into IndyCar, so it's quite an amazing achievement when you take some of those other things into consideration."

Bright joins Craig Lowndes - who is second in the Championship fight - and Garth Tander, along with a retired Russell Ingall in the '500 club'.

SVG's focus on title with TEKNO