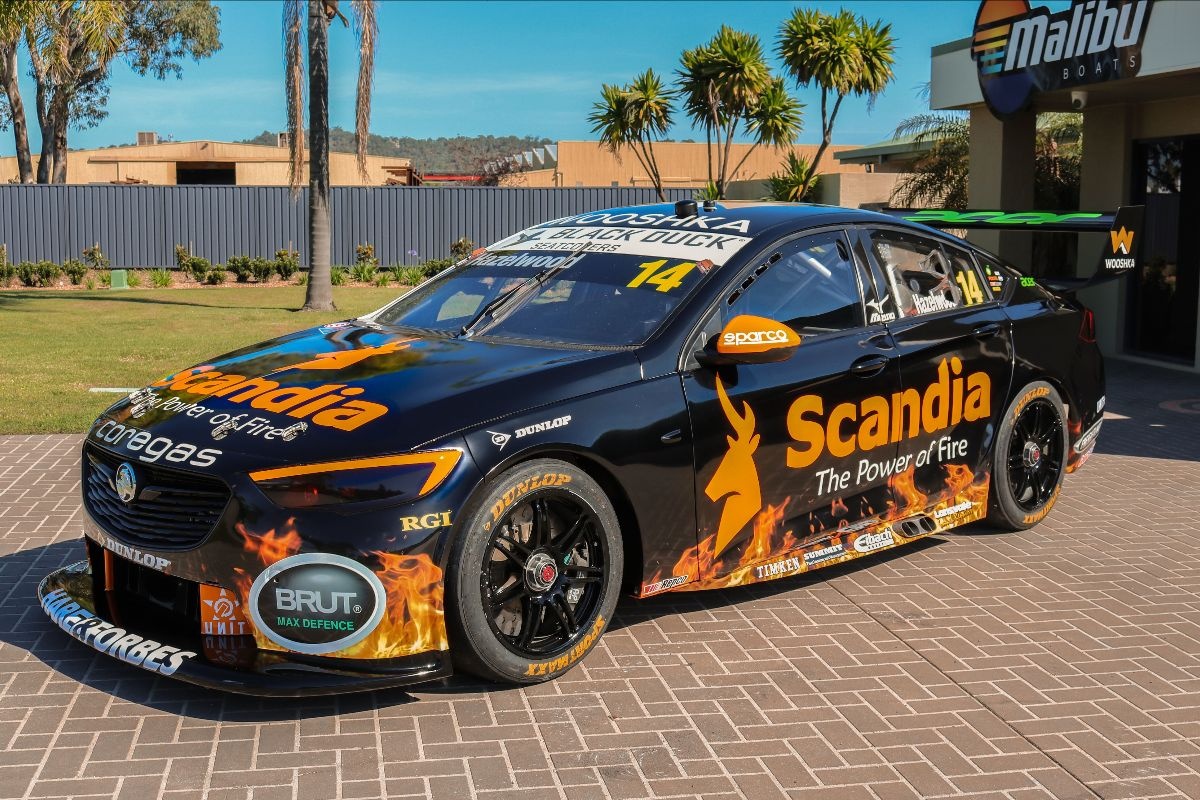 Experts in designing wood fires and stoves, the Scandia brand will return to the main game grid thanks to the Albury squad.

The #14 Commodore ZB will feature a black and orange livery, complete with flames, brought to life thanks to 3M Films and PPG.

It comes after Dunlop Super Dealers and Cub Cadet Mowers backed the #14 at Bathurst and Sandown respectively.

"I love the black and orange, it’s going to really stand out on track. 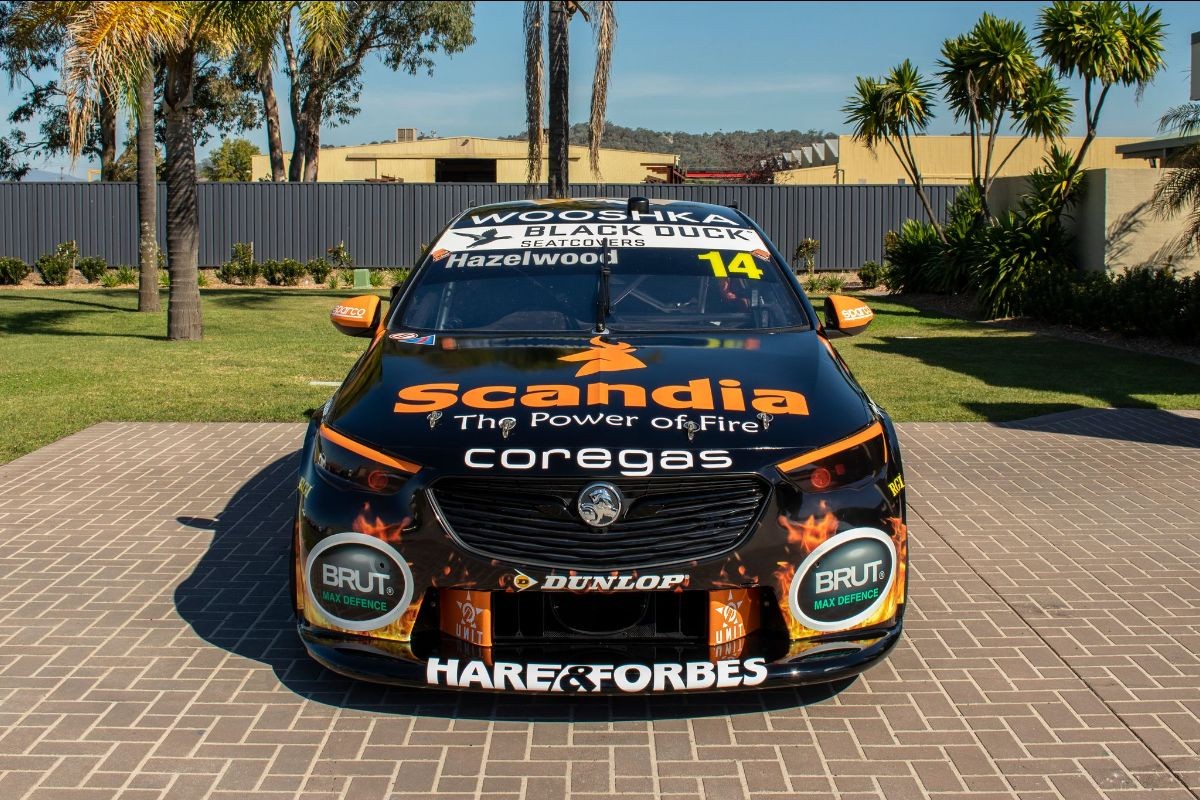 "Thank you to Scandia for their support this weekend, hopefully we can do them proud with some solid results.”

The striking livery will be campaigned at the Symmons Plains circuit Hazelwood has had previous success; notably, he finished second overall in the 2017 Super2 round at the venue.

“I've had good success at Tasmania in the past and it's a track I love to hustle a Supercar around,” he said.

“It's going to be great putting on a show for the Tasmanian locals who missed out on seeing Supercars in action last year.

"I feel the SuperSprint format will create some exciting races and it's a great opportunity for the team and me to be fighting for podium finishes." 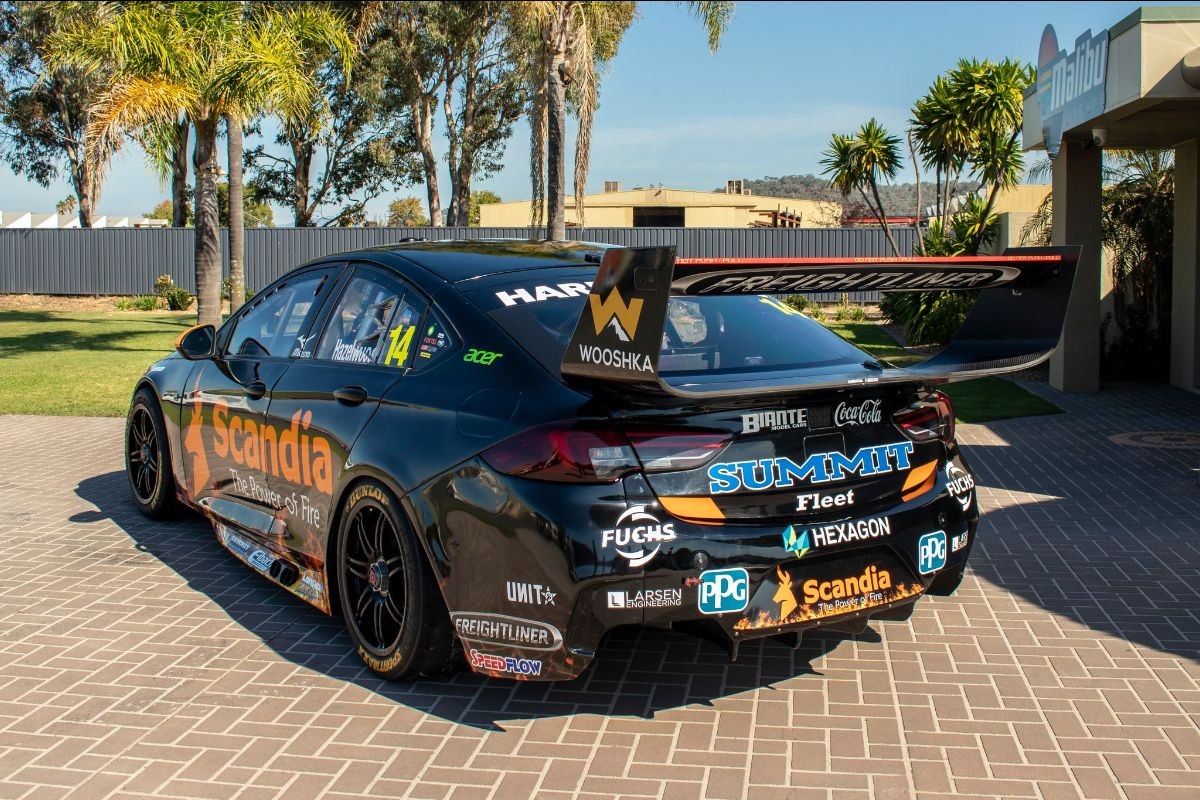 "Bringing people together to relax, engage and enjoy themselves is what Scandia is all about and we hope to broaden this at Symmons Plains Raceway this weekend.

"Our commitment to delivering the highest possible quality while bringing Australians together also resonates with BJR.

"We can’t wait to see the Scandia Racing livery on track in Tasmania and hopefully be a part of some successful moments with the team."

The 2021 season will continue at the Beaurepaires Tasmania SuperSprint across April 17-18. Tickets are on sale now.