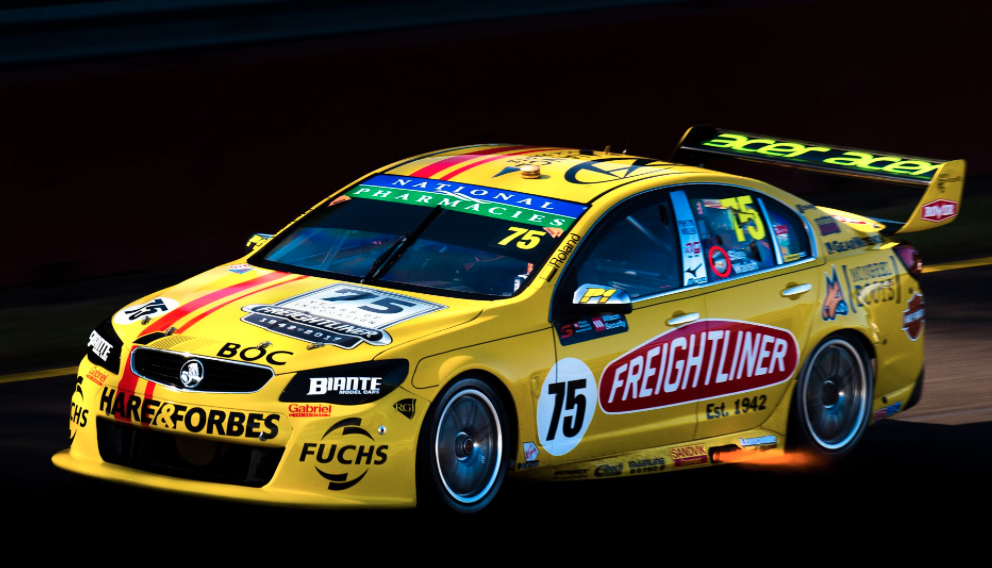 Brad Jones remains adamant his team did not break the driving-time rules in the Wilson Security Sandown 500, despite the exclusion of its Tim Slade/Ash Walsh entry.

The #75 Freightliner Holden was stripped of its ninth place finish after stewards found that the team had broken Rule D8.4.6.2 that requires all drivers to have a resting time of 54 laps (one third of the scheduled race distance).

After being spun and pitting on the opening lap, BJR had left Walsh in for the first 85 laps in order to make it through to the time-certain finish on just two more stops.

That meant Walsh only rested for 40 laps between when he got out of the car and the finish, which occurred on lap 125 of the scheduled 161.

Stewards rejected BJR’s argument that Walsh had effectively rested from lap 85 to the end of the scheduled 161 distance and therefore complied with the rule.

Although electing not to appeal on Sunday night, BJR has this morning issued the below statement explaining its side of the story.

The Sandown 500 has turned out to be a disastrous event for the team at Brad Jones Racing. The team were relieved to see Todd Hazelwood escape injury after the spectacular accident on the final lap of the co-driver qualifying race on Saturday. In Sunday’s 500km race, the Percat/Jones duo suffered a broken rear end plate which resulted in a 23rd place finish.

The highlight was that Slade and Walsh scored a top ten finish, bringing the Freightliner Racing Commodore home in ninth. However, that small celebration was short lived, when Supercars enforced a driving time rule that excluded the duo from the race results. Here, the team finally break their silence and explain the rule and clarify the reasoning behind their race strategy and decision on the day.

The Steward’s Finding stated; “The Stewards find that the Rule D8.4.6.2 requires a driver must have an effective resting time of 54 actual laps (being 1/3rd scheduled race distance)”. This finding uses actual laps, a term not used anywhere in rule 8.4.6.

BJR was charged with not complying with section 8.4.6.2 of this rule. BJR’s interpretation of this rule is as follows.

The team are standing by the fact that nowhere in this rule is there reference to the ‘actual’ or ‘completed’ race distance. BJR feel the intent of the rule is so that teams can plan strategy on a defined race length, which is why the rule references on more than one occasion, the ‘scheduled race distance.’

Further to this, the team have discussed the rule in length and have agreed a team would find it near impossible to plan or complete a strategy guessing what the eventual race laps would be.

For example, another red flag or even more safety car laps would have shorten the 2017 race even further. So, if BJR had have pitted Walsh 54 laps before the end of the actual 125 laps, one more safety car period in Slade’s stint would have reduced the race by at least 1 lap, meaning he would not comply with 8.4.6.2 as interpreted by the Stewards. How are teams expected to predict the future?

Another example would have been if the red flag was at the other end of the race. Most teams would have driven their co-driver for two stints (82 laps) before swapping to their main driver (to achieve minimum race stops of 41 lap fuel stints). A shortened race to 125 laps would mean all these cars would have not complied with 8.4.6.2 as interpreted by the Stewards.

If the race above did happen, the Stewards would have the discretion to reduce the race distance. However, the teams that took the gamble or guessed that the race could be shortened may have run a compromised strategy to do so. If the stewards then reduce the race length after the fact, then this seems unfair to those teams. Hence, using ‘scheduled race distance’ is the only way teams can plan and execute strategy and why the wording is used extensively throughout the rule.

Brad Jones added “We are really disappointed at the weekend's penalty for Tim & Ash. To appeal this decision was going to be $11,000 plus our costs and you have one hour to submit the paperwork to do this after the hearing. At that point, which was around 7.30pm on Sunday evening it is difficult to seek the correct legal advice. We felt that we would accept the decision that was made, even though it was a pretty bitter pill to swallow.”

“We’ve got a lot of work to do at BJR in the next couple of weeks, and I’m eager to put the Sandown weekend behind us. This has undoubtedly been one of the toughest seasons for us. If we can stand on the podium at Bathurst, it would be the ultimate reward for the team and all their efforts and hard work they’ve put in this year.”