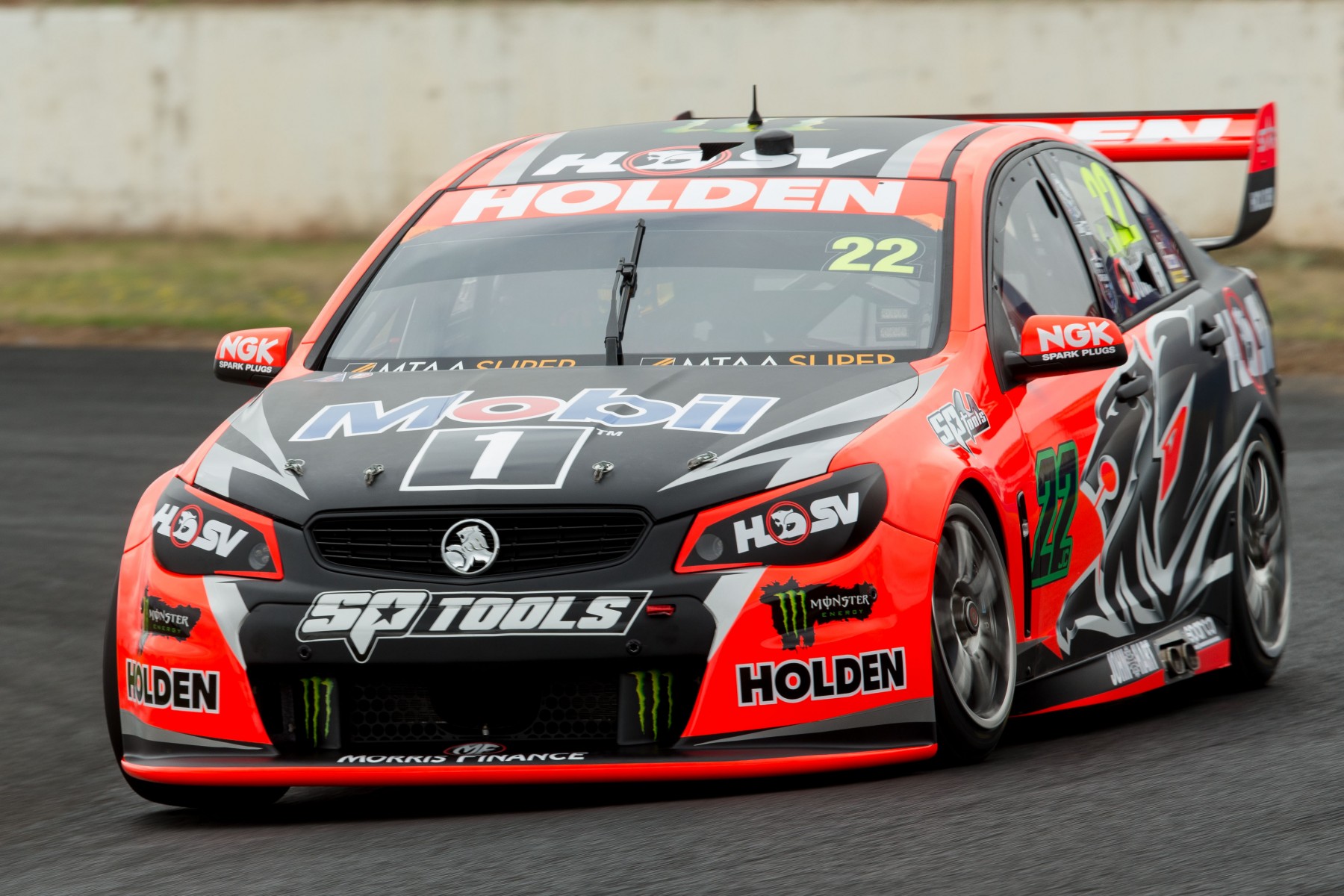 It was all systems go at Calder Park Raceway yesterday, with Holden Racing Team and Nissan Motorsport successful shaking down new cars.

James Courtney steered his new chassis – the 50th ‘car of the future’ in V8 Supercars, according to official records – while Dale Wood sampled Rick Kelly’s Nissan Altima in his boss’s absence.

The striking 2016 HRT livery was released yesterday morning, with first photographs released today, and Courtney explained there were some subtle changes inside the car as well.

“Everything went smoothly, we got through our [60 kilometres] and ergonomically it’s identical to what I had before,” Courtney told v8supercars.com.au.

“A few little things are slightly different – the interior colour of the car is different, which doesn’t sound like a big thing but makes quite a big difference within the car … less glare and things like that.

“So a few little tweaks as well, with things for the car to change for this year where we thought we had weaknesses last year.”

Courtney has won the Clipsal 500 the last two years running and is excited to kick-start his 2016 campaign with the pre-season test at Winton next week.

“It was good to see the car running, good to get back into the car after Christmas break and shed a bit of Christmas cheer and sweat it out today, but good to see the boys, everyone loves seeing the cars go round so it’s even better when you’re sitting in and driving it – I can’t wait til Monday.”

Team boss Adrian Burgess was pleased with the day and thanked his team members for their efforts – Courtney’s new car became Walkinshaw Racing’s sixth chassis ready to race, two of which headed to Erebus for this season.

“Everything ran well, didn’t really have any issues major or minor, really just conducted all the standard installation checks – electrical and hardware, ergonomics were all good for James, he’s happy with everything,” Burgess told v8supercars.com.au after the shakedown.

“So hats off to the boys, we’ve had a busy break so quite happy to see the car run without any issues and looking forward to going testing at Winton next week and running with everybody else.”

While the weather was patchy yesterday in Melbourne, fortunately it was fine for the drivers out on track.

“It was brilliant actually – it was windy but I don’t think any day at Calder isn’t windy,” Wood said.

“It was dry and a good day to do what we needed to do.”

Heading into the test, Wood believed he would be compromised running the car the way Kelly likes it. But in fact, it gave him some tips.

“We’ve spent a good amount of time at the team setting up my car to how I felt I wanted things. But there’s certain things now I’ve come away with after driving Rick’s car and the way he might have certain parts of it laid out that I was really comfortable and quite happy with,” Wood said.

“I’ll probably go back to the team before Monday now and implement some of those into my car now I’ve at least driven one. I know how high you sit in the car, all the basic stuff … I can now go back to my car and put a few of those changes in place.”

Wood believes they made the most of “an unexpected opportunity” yesterday.

“The great thing was there wasn’t really any issues to sort out with the new car – the car ran like clockwork so the attention could be put into getting me happy inside the car and making sure it was doing everything it should and getting me happy prior to Monday.”

Brad Jones Racing shakes down the Freightliner and Team BOC Commodores today at Winton, while the Queensland teams enjoy their first full test day at Ipswich.