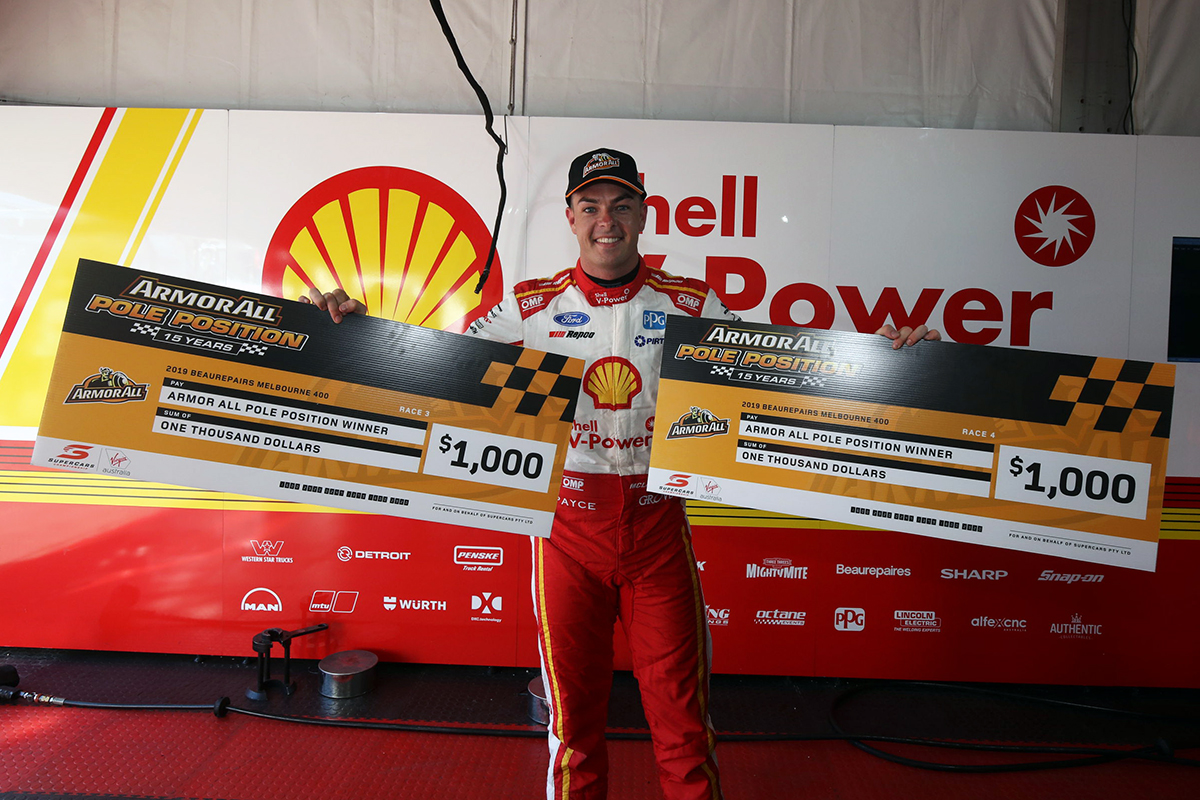 After taking ARMOR ALL Pole in the opening 10-minute session, McLaughlin was fastest again in the second at Albert Park.

While his advantage was three-and-a-half tenths earlier in the afternoon, McLaughlin had Chaz Mostert and Jamie Whincup both within a tenth this time around.

McLaughlin turned a 1:54.2643s on his first flying lap in the second session, which was the pick of the bunch.

It takes McLaughlin's career Supercars pole tally to 49, and means the new Ford Mustang has four poles from four attempts in 2019.

“The driver needs a big tune-up after that second lap, I just made a mistake,” McLaughlin said, with his effort in second qualifying nearly half-a-second slower than his time in the earlier session.

“It wasn’t my best lap by any means. I had a really good first sector and half a good second sector, I was lucky to hold on in that last sector.

“The car is good, it was awesome, the 53.8 [from first qualifying] was amazing. I’m stoked for everyone at Shell V-Power Racing and Ford Performance.”

Asked what he’d like to fix with the car, McLaughlin added: “I need turn. I’m battling. I’m loose as well though, so a bit of both.

“I’m just wheeling the thing and when the number pops up a 53.8 I’m fist-pumping. It’s a good start.”

Mostert and Whincup are followed in the order by Cameron Waters, Fabian Coulthard and Will Davison, making it five Mustangs in the top six.

Coulthard was 10th after his first run, but rushed back to pitlane to ensure he had time for a second.

Nick Percat and Scott Pye left it late to set indicative times after making mistakes on their first runs, and wound up 14th and 16th, split by lead Nissan Rick Kelly.

Two more ARMOR ALL Qualifying sessions will be held on Friday afternoon, before the opening race at 5:55pm.