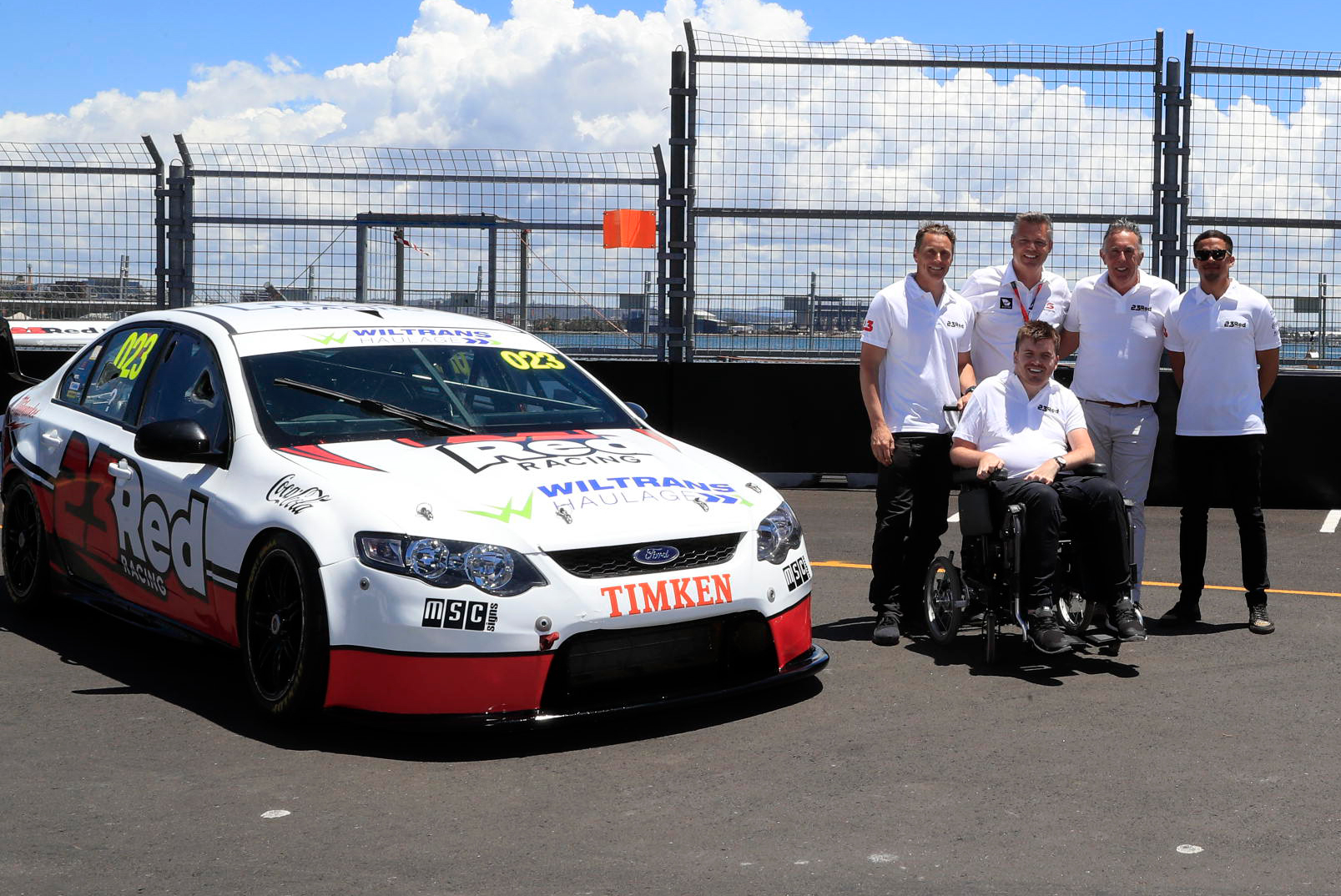 Lucas Dumbrell Motorsport will transform into 23Red Racing next season, with the team confirming plans to field a single Prodrive-built Ford.

The new-look LDM has been launched today in Newcastle, with long-time sponsor Phil Munday taking an equity stake alongside Dumbrell.

Munday owns 60 percent of the new venture, with Dumbrell holding the balance.

23Red Racing will take delivery of Cameron Waters' current Monster Ford in December, to be run from a new base in Kilsyth, Melbourne.

The team is expected to have a close technical alliance with Prodrive, including a deal to lease engines from the four-car squad.

A driver for 23Red Racing has been locked in, but is not expected to be announced until the new year.

23Red Racing’s operations will be led by long-time friend of Munday and former LDM driver Cameron McConville, who has been announced as team director.

LDM has competed in the championship since 2010, when Dumbrell became the youngster Supercars team owner just over a year after a Formula Ford accident ended his driving career.

Munday, who recently retired from his panel-beating businesses, is looking forward to putting his energies into a Supercars team.

“It's an exciting time, I'm looking forward to getting into the 2018 season,” he said.

“It will be a big change from being a major sponsor to team owner next year and I’m looking forward to bringing a fresh, modern team to the grid."

Dumbrell, whose team has struggled with ageing Triple Eight-built Holdens in recent seasons, added his delight at the new arrangement.

“I just can’t wait for the new season to be honest, working with Phil in the past I know this will be a strong, productive team,” he said.

"I am honoured to get the opportunity to take this new team into the championship for next year,” he said.

“We aim to have every aspect executed to ensure we succeed in 2018."

A previous-generation Ford was borrowed from Matthew White Motorsport for today's launch ahead of the delivery of its Prodrive FG X.

As well as its Supercar, 23Red Racing is set to field a Porsche in the Carrera Cup Australia next year for former Olympic medallist John Steffensen.

Steffensen was to have been joined by friend Usain Bolt at today’s 23Red Racing launch, but the Jamaican was a last-minute withdrawal due to illness.