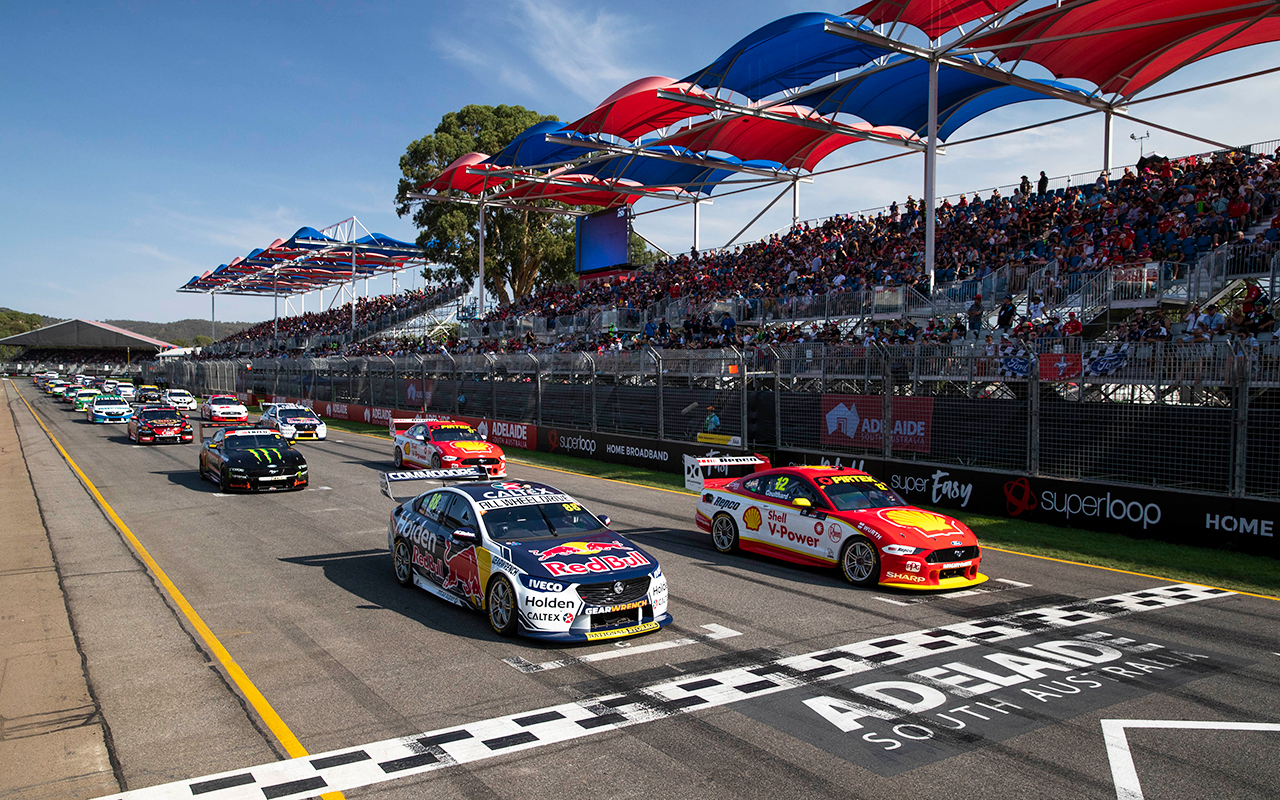 The 2020 Virgin Australia Supercars Championship calendar has been released, confirming the category’s 60th anniversary season will be contested over 14 events.

Sydney Motorsport Park returns to the schedule as one of three events to be held under lights, joining the PIRTEK Perth SuperNight and rejuvenated Gold Coast 600.

In another key change revealed on Saturday, the PIRTEK Enduro Cup will open with a 500km race at The Bend Motorsport Park in South Australia in September.

A new three-year deal following a commitment to safety upgrades keeps Sandown on the calendar in November, featuring a new 2x200km format that will be used at all SuperSprint events.

The change to the SuperSprint format means there’ll be more Supercars racing kilometres in 2020, despite moving from 15 to 14 events.

Phillip Island and Queensland Raceway have missed out on slots due to the return of Sydney and a desire to consolidate the calendar.

“It was important to us to increase the amount of Supercar racing for the fans at track and at home,” said Supercars CEO Sean Seamer.

“SuperSprint weekends are now full of Supercars racing on both days and we are really stepping up the entertainment value for fans and partners, on and off the track.

“We are also working hard on providing an improved offering for the fans with a more seamless experience from the time they buy a ticket to the time they leave the track, diverse food and beverage offerings including more modern options and additional entertainment.

“The fan-favourite Super Stadium Trucks will return to the Gold Coast this October and feature events in 2020 as part of the support category line-up which we will finalise in the coming weeks.”

The new calendar also confirms the ITM Auckland SuperSprint will move to the ANZAC long weekend, coinciding with the 20th running of a Supercars Championship event in New Zealand.

Next year will have a regular flow of events every third weekend through the season, aside from a winter break for the Tokyo Olympics and two weeks between the final two events of the year.

“We believe events such as Auckland, Tailem Bend and Sandown are in even better times of year and we have been able to establish a more regular and consistent flow to all events, the teams have sufficient time between events to operate at the highest level,” Seamer said.

The season will start with a pre-season test at The Bend on February 18, two days before the Superloop Adelaide 500.