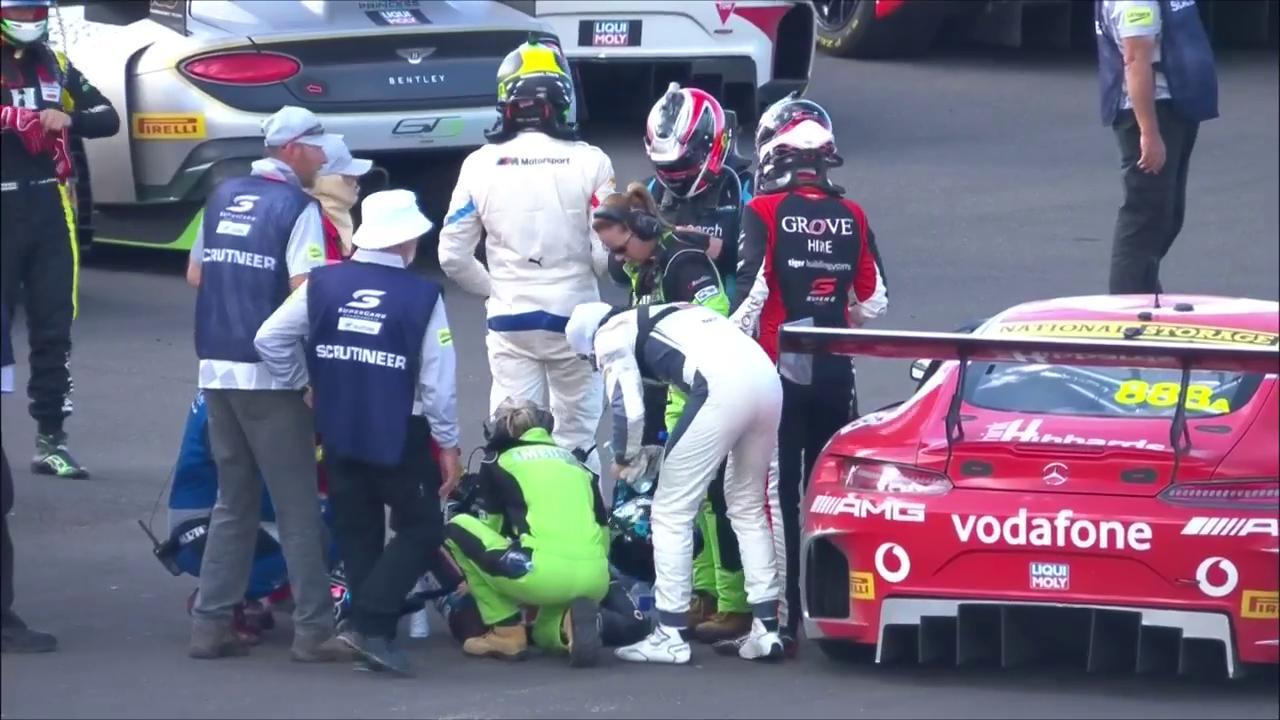 Shane van Gisbergen says cramps from having to brake with both feet in his epic late-race Bathurst 12 Hour charge caused him to fall to the ground in parc ferme.

Van Gisbergen charged from seventh to fourth in the final 20 minutes after a Safety Car restart, finishing just 0.2 seconds shy of the podium.

The result came after a day he and co-drivers Jamie Whincup and Craig Lowndes battled brake trouble and cabin cooling issues in the Team Vodafone Mercedes.

Upon exiting the car in parc ferme, van Gisbergen fell to the ground, where he was attended to by medical staff.

Rival drivers and his own crew also rushed to van Gisbergen's aid, with the Kiwi eventually helped to his feet and taken back to the Triple Eight team’s ice bath.

I’m all good thanks for the messages ? Red Bull, Ice bath and a Corona fixed me right up! So hot in the car with no helmet air and our braking issues. Gave it everything. Thanks to the other drivers and everyone who helped me while i was hurting after the race I appreciate it

Asked about the dramatic post-race scene by Supercars.com, van Gisbergen thanked all of those who came to his aid.

“As soon as I crossed the line, you obviously give up and the pain set in and you just realise how hot you are,” he said.

“It didn’t affect me when I was driving, but as soon as I stopped I felt what I’d just put myself through.

“I was just trying to stretch my legs out, I was cooking as well, but just my legs.

“It’s a bit of a blur [what happened next], but all of our guys, a few drivers and stuff, I can’t thank everyone enough.

“The medical team were right there, pouring water on me and making all the right things happen.

“As soon as I got in the ice bath I cooled down and felt fine. But just the cramping was the worst.

“I’d never felt that bad in a racecar before. It was tough.” 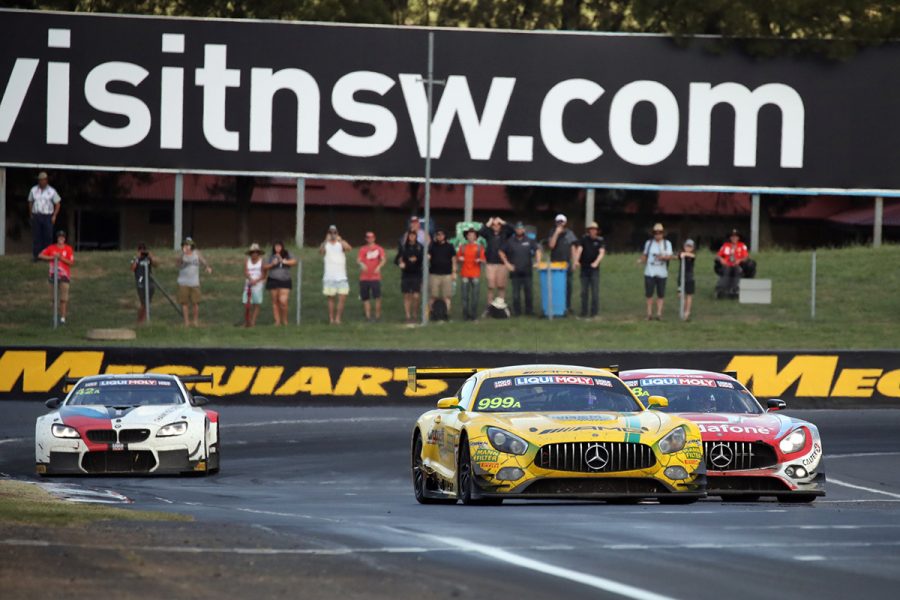 Driver comfort emerged as an issue for Triple Eight early in the race, with the team unable to give van Gisbergen relief ahead of the run home.

“Craig reported that the helmet fan stopped and then Jamie in his stint just kept going on about how hot it was,” said van Gisbergen.

“When I got in they lifted the bonnet, tried to get some more airflow, but it was just so hot in there.

“The brake pressure was the biggest thing. The performance, to use two feet and push as hard as I could, something has just not been right with the brakes all weekend.