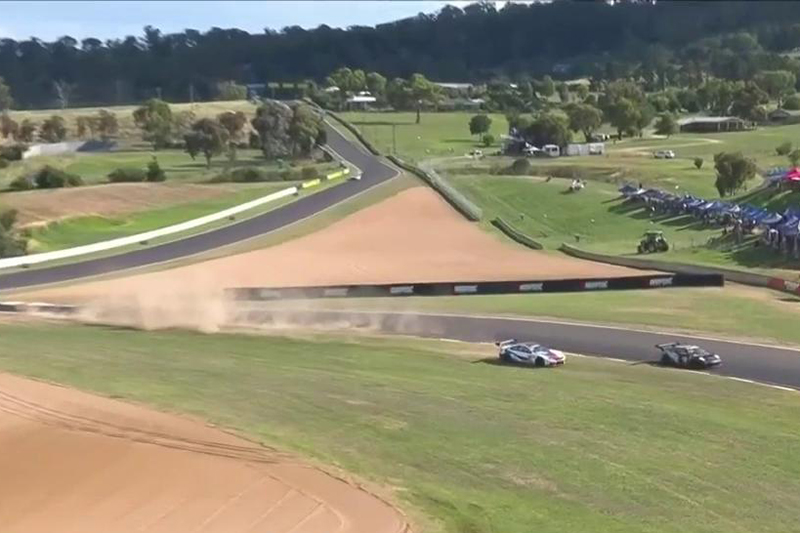 The #912 Earl Bamber Motorsport Porsche is the winner of the 2019 Liqui-Moly Bathurst 12 Hour, with Matt Campbell's pass on Chaz Mostert cleared by officials.

Campbell crossed the line first at Mount Panorama on Sunday afternoon after passing the Aston Martin of Jake Dennis at Forrest's Elbow with eight minutes remaining.

By that time, Campbell was the subject of a post-race investigation following a pass on Mostert's BMW earlier in the final hour.

A move by Campbell down the inside of the braking area at The Chase resulted in contact that forced Mostert wide, as they disputed third place. 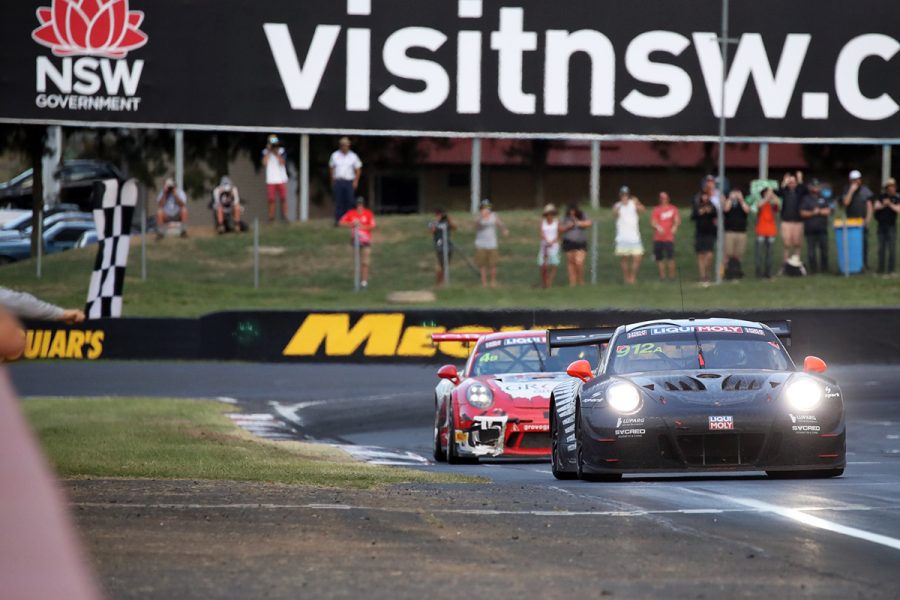 Campbell prevailed then charged following a later Safety Car period to take a maiden victory for Porsche in the sportscar enduro, with Dirk Werner and Dennis Olsen.

Stewards reviewed the incident, with Driving Standards Advisor Greg Crick determining there was not enough evidence to take the matter any further.

The balance of the podium remains the R-Motorsport Aston Martin driven by Dennis to the line, and GruppeM's Mercedes finished by Raffaele Marciello.

Mostert and Supercars rival Shane van Gisbergen both tried to pass an ailing Marciello on the run to the flag, but had to settle for fifth and fourth.

There was no post-race scrutiny on Campbell's race-winning move on Dennis.

02/02/2019
Related Content
Aussie ace Campbell hands Porsche 12 Hour win  ›
03/02/2019
Stay In The Know
Sign up to the Virgin Australia Supercars Championship Newsletter
We use cookies to ensure that we give you the best experience on our website. If you continue to use this site we will assume that you are happy with it.Ok