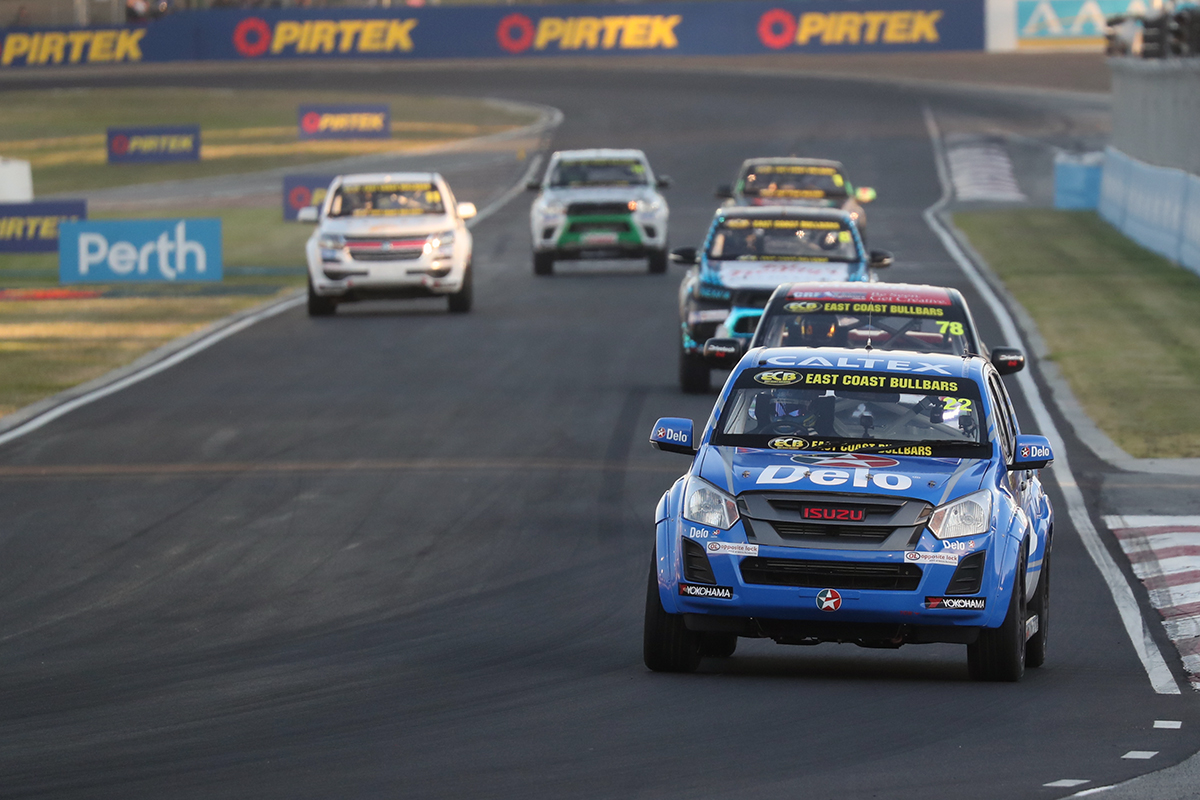 Ross Stone Racing's Tom Alexander took out the opening race of Round 2 of the ECB SuperUtes Series at the PIRTEK Perth SuperNight.

The Isuzu D-MAX driver moved into the lead early, beating polesitter Ben Walsh off the line at Barbagallo Wanneroo Raceway.

Alexander seized his opportunity to sneak past into Turn 1 after Walsh was slow away in his Toyota Hilux.

He stayed at the head of a four-car lead pack, ultimately finishing 0.9637 seconds ahead of Team Triton's Elliot Barbour.

Barbour then moved past Harris and into second on lap two, and remained Alexander's closest challenger through to the end of the 12 laps.

Harris was also passed by Walsh, who ultimately took the final podium place.

The second race will commence at 12:20pm local time on Saturday, followed by the third and final race of the weekend at 4:40pm.