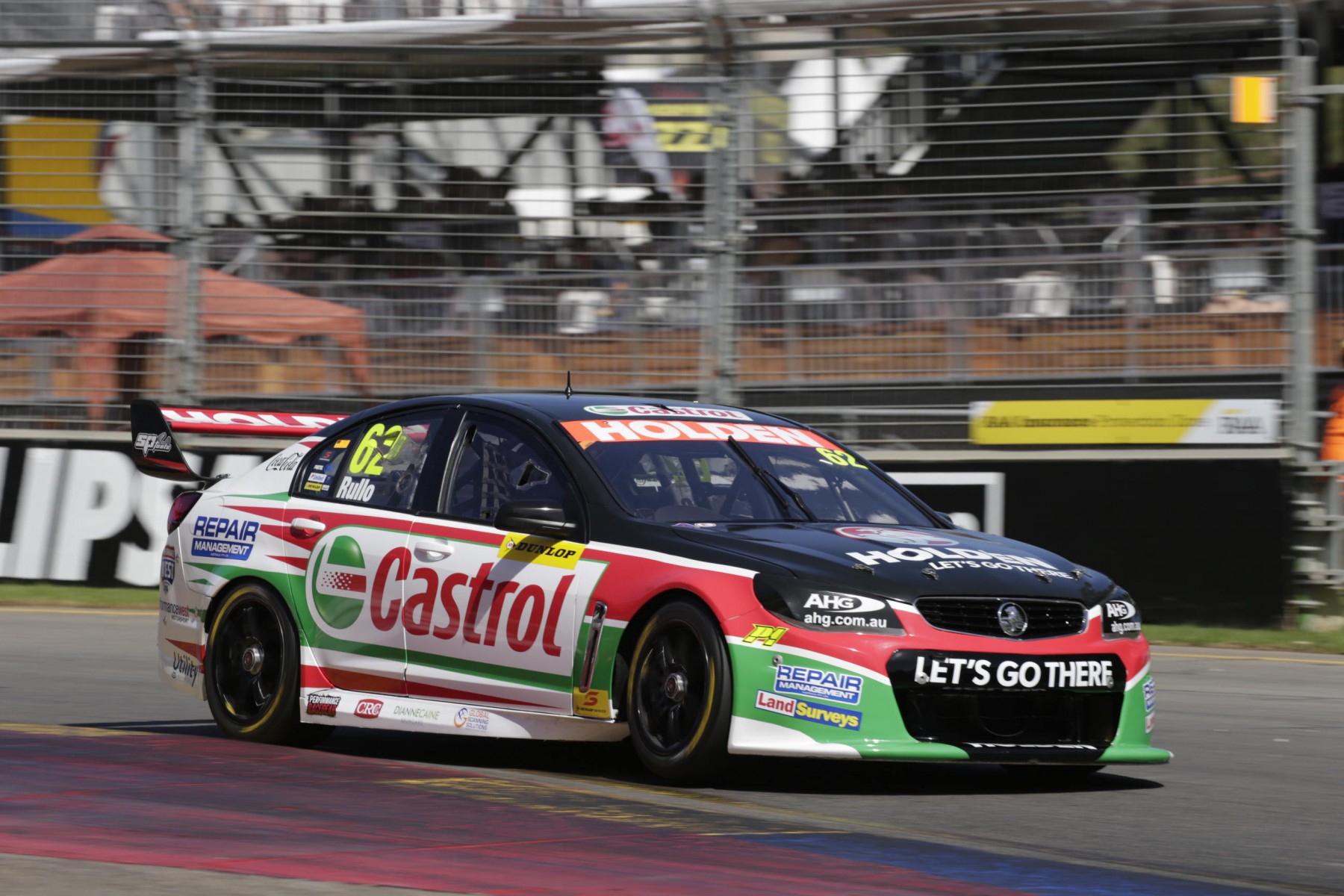 Despite a fiery end to practice yesterday at the Clipsal 500 Adelaide, Alex Rullo is set to make qualifying for the Dunlop Series today to break history and become the youngest ever V8 Supercars starter.

Not even old enough to attain a learner’s road licence, 15-year-old Rullo will tear around one of Australia’s most gruelling circuits behind the wheel of a 650 horsepower V8 Supercar, surpassing Kurt Kostecki’s record as the youngest ever V8 Supercars driver.

But the road to history hasn’t been without its obstacles, with the fuel tank in Rullo’s #62 Lucas Dumbrell Motorsport Commodore catching alight in practice two yesterday, threatening the end of the schoolboy’s history-making weekend before it had even started.

A rip in the tank’s fuel balder – possibly torn by a rock – was the cause behind the freak blaze, LDM team manager Barry Hay told v8supercars.com.au.

But at 8.30pm last night, the team sourced a replacement tank and worked tirelessly through the night to prepare the car for this morning’s qualifying session.

Despite his young age, Rullo is a proven hand in the Australian touring car racing scene, rewriting the history books last year when he won a V8 Touring Car Series race at 14 years old.

While the teen’s age has been called into question – having been banned from racing the V8 Touring Car Series in NSW last year – it is clear Rullo is wise beyond his years, and has the natural speed to match.

“There are other people in the field that have as much experience as me in these cars, or less,” Rullo noted to v8supercars.com.au, with the next youngest driver in the series being former V8 Touring Car Series driver Jake Kostecki, who turned 16 in January.

“My age is obviously a talking point in terms of maturity, but I think I’m mature enough to be here, and I think I proved that to a few people in the V8 Touring Cars last year.

“[The Dunlop Series car] is very similar to the V8 Touring Car, but there are still things I’m adapting to in this car, but I’m getting there.

“This is my first time on a street circuit, so there’s still a lot of learning to do, but it’s really good fun.”

As he familiarises himself with his new V8 Supercar surroundings, Rullo has leaned on LDM stablemate Nick Percat for advice.

And with Percat knowing the ins and outs of the Dunlop Series – having been a contender for the title in 2012 – Rullo has no better teacher to bring him up to speed.

“His experience helps me a lot,” Rullo said on Percat.

“Just doing things like the track walk together yesterday, that has helped me a lot and probably why I’ve caught up pretty quickly.

“He just gave me a few pointers with the track, which has helped heaps. Instead of me having to find brake markers myself, I know where his are and that’s where I need to be.”

Before the freak blaze in practice two yesterday, Rullo had confirmed his learnings in the first practice session earlier that day, running second quickest during the all-rookies part before finishing 19th quickest.

Qualifying this morning at 10.05am local time presents as Rullo’s first chance to clock some decent laps since practice one this morning, before lining up on the grid for race one at 5.50pm.

Then, the format resets on Saturday, with the Dunlop Series qualifying again for the second and final race of the weekend.

17/02/2016
Stay In The Know
Sign up to the Virgin Australia Supercars Championship Newsletter
We use cookies to ensure that we give you the best experience on our website. If you continue to use this site we will assume that you are happy with it.Ok