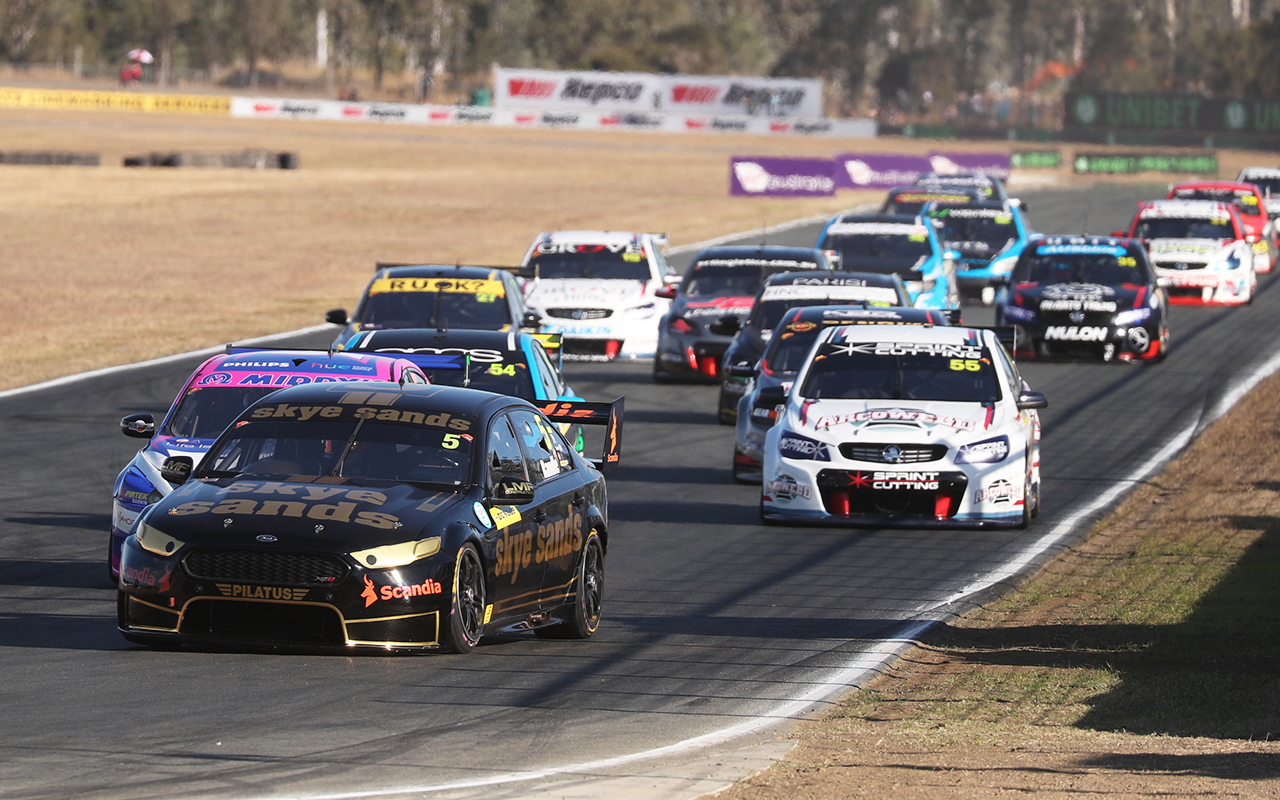 Randle led from start-to-finish, making the most of his ARMOR ALL Pole Position, to finish 1.5234 seconds ahead of series leader Bryce Fullwood.

The 23-year-old crossed the line first in the opening Townsville race, but lost the win through two Safety Car restart infringements.

Bouncing back at the following round, Randle controlled proceedings to claim victory; a first for Ford since August 2017, when Richie Stanaway triumphed for Tickford.

He finished ahead of MW Motorsport's Fullwood and Triple Eight's Kurt Kostecki, who started alongside Randle on the front-row.

After an aborted start required a second formation lap, Randle got the jump, while Kostecki was slow off the line, losing out to Fullwood and Jack Perkins.

Kostecki managed to get back to third during the second lap, with a move on Perkins at Turn 4, which he would hold onto for the remainder.

There was early trouble for Jordan Boys, who beached his Commodore at Turn 4, bringing out the Safety Car, which lasted from the fourth lap until the start of the seventh.

Randle made no mistake on the restart this time and controlled the race for the remaining laps, keeping Fullwood at bay.

Jake Kostecki got by Perkins for fourth, with the Eggleston Motorsport driver forced to settle for fifth, ahead of team-mate Will Brown in sixth.

MWM driver Tyler Everingham was the top rookie in seventh, finishing in front of Jack Smith, Dylan O'Keeffe and Ash Walsh, who rounded out the top 10.

Zane Goddard was demoted to 11th, after copping a five-second penalty for an early bump-and-run pass on team-mate Everingham.

Brenton Grove was taken out of contention through contact with Mason Barbera, which caused steering damage to Grove's Triple Eight Commodore.

He limped back to the pits and finished at the foot of the order, with no further action for the incident with Barbera, who finished 13th for Garry Rogers Motorsport.

The on-track action resumes with ARMOR ALL Qualifying for Race 2 at 10:50am Sunday, followed by the final race at 12:50pm local time.